Doctors Prove George W. Bush Has A Heart; Repair It For Him 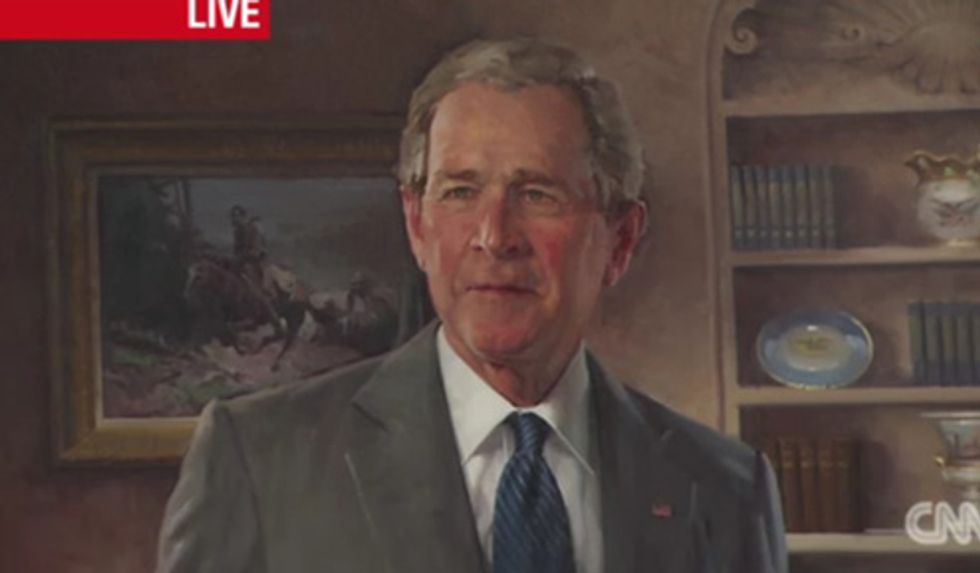 We like snark, and sometimes we pick on people because they do really dumb things that make this country worser and worserer. However, even if we dislike people’s policies, actions, accents, and pinky fingers, we respect everyone as a HUMAN BEAN. With that preamble out of the way, we are happy that George W. Bush is recovering from successful heart surgery, perABC News:

Former President George W. Bush has successfully undergone a heart procedure after doctors discovered a blockage in an artery.

The doctor said that the blockage was opened with no complications, and the 43rd President should be able to return home on Wednesday.

George W. Bush may have done one or two things while he was President that a few of our Wonkarati perhaps might take some issue with. And you know what, we here authors had a few issues as well, which we wrote about with eloquence and an academic distance from emotion.

However, he did do some good things while in office, namely his efforts to combat AIDS in Africa (because of how, Jimmy Carter explains, Jimmy Carter told him to). Back when Republicans were willing to spend your grandkids' money with complete disregard for deficits, so long as that spending included massive tax cuts for the mega-wealthy, Bush managed to steer some of the money towards AIDS-ravaged nations with great success. There are countless kids and adults who are now alive because of this effort.

Also, that time he ducked that shoe? That was pretty impressive!

In recognition of his status as a HUMAN PERSON with a (now healthier) heart, we sincerely and with no snark wish the President a speedy recovery, and hope that he will be riding his beloved bicycle around his Dallas suburb as soon as possible. And we have full confidence that Our Glorious Readers will not spew any hate in the comments section (as if we allowed comments) because WE ARE BETTER THAN THAT. And yes, we already know he should be in The Hague. Got it. You're repeating yourselves. Don't be like those douchebag assholes who comment at The Daily Caller or these people who want to slap Hillary. Just sayin.