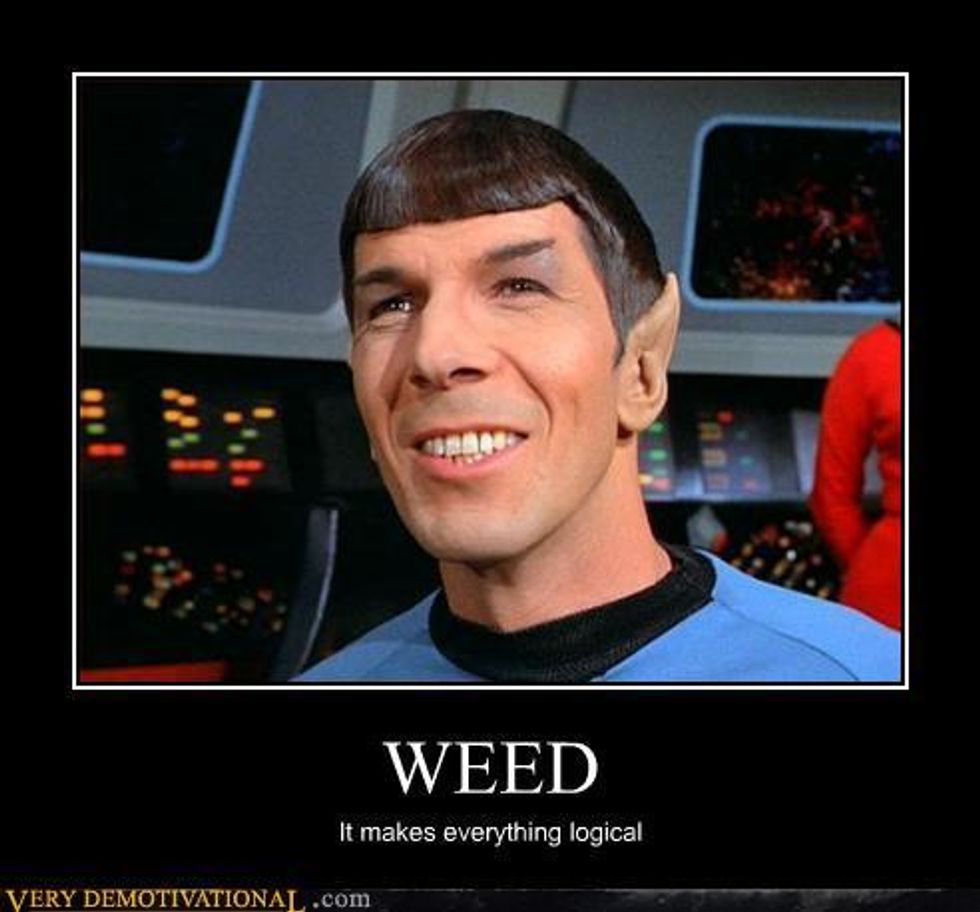 Have you ever REALLY LOOKED at your hand? Fascinating.

A new Canadian study seems to suggest that smoking marijuana like some kind of jazz criminal may prevent obesity and diabetes, at least among the Inuit population that was the subject of the study. Researchers at the Journal of Obesity found that marijuana use was "statistically associated with lower body mass index" and with "lower fasting insulin" levels compared to those who abstained from marijuana use. We love weed science! This is where we'd add a disclaimer that this is only one study that needs to be replicated before everyone takes it as gospel, but we also know that most of you damn hippies are already halfway out the door to your nearest dispensary. Don't forget your Bob Marley t-shirt and Rasta beanie!

International Business (not "High," we'll note) Times has the skinny, as it were:

Researchers from the Conference of Quebec University Health Centers looked at more than 700 adults from the Arctic region between the ages 18 and 74, analyzing data from the Nunavik Inuit Health Survey. The study showed that cannabis users had low body mass index scores, which one of the most popular measures of health. Those with lower scores have less body fat and tend to be at lower risk for diabetes.

While non-users' BMI averaged 28.6, participants who regularly engage in marijuana use were around 26.8. The study suggested that the group with the lowest BMI scores were marijuana users who had never tried or quit tobacco.

IBT also notes that other studies have had similar findings, including a 2013 American Journal of Medicine article that found lower insulin levels in people who used marijuana than among non-users, but "only if they had used the drug in the last month." That study also found that subjects "reported having a smaller waist circumference," which leaves us wondering whether the researchers measured that, or if they were simply turning stoners loose with measuring tapes and letting them think deeply about how we ever came up with units of measurement in the first place, man. That study also found higher levels of HDL-C ("good" cholesterol), and a distinct preference for Pink Floyd music among even occasional users.

Yr Wonkette is perfectly confident that the American public at large will find this study interesting, then lobby Congress to allow the NIH to pursue further studies, rather than rushing out and buying all the pot candy the American Public can get its hands on.