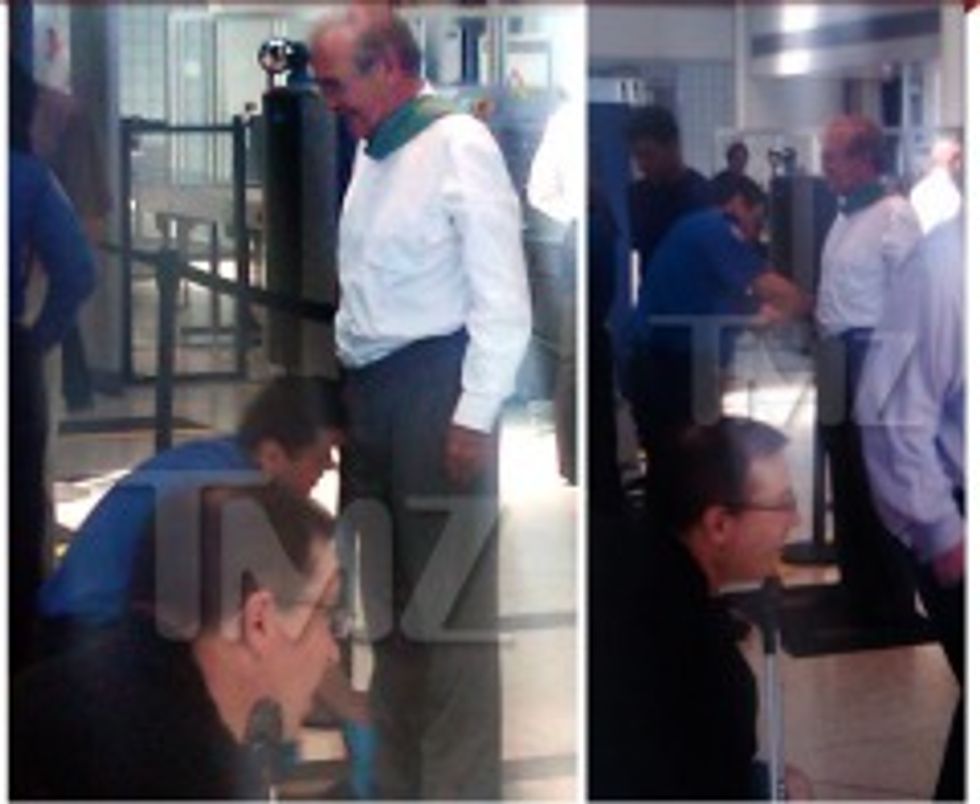 Forgotten war criminal Donald Rumsfeld was taking a flight back to one of his mansions for the weekend when he was apprehended and felt up by TSA slobs. This is kind of like Justice, minus the part where Donald Rumsfeld was tortured for sixty-two years and then thrown into the Lake of Fire. Because, of course, there is no actual Justice. How are the new teevee shows this summer? Is there one about baseball, or dragons? Howare those?

America's only news source, TMZ.com, posted a funny picture of Rummy getting the squeeze at an airport security zone. His tie is all flying around, somebody's got a baton up his butt, it's comical.

Donald Rumsfeld invented obesity and cancer with his corn-syrup additive "aspartame," which causes both obesity and cancer. Donald Rumsfeld was CEO of the company that invented this! And then he got Ronald Reagan to make the FDA approve this, as something dumped in every form of liquid horror Americans consume by the gallon, daily. Also Donald Rumsfeld is responsible for the Iraq War (almost 10 years old now!) and the Afghanistan War (more than 10 years old now!) and we are pretty sure he had a wet dream one night that was so powerful that it actually became 9/11. (This happens in teevee shows about Dragons & Tits.)

So, anyway, this horrific death monster was briefly inconvenienced at an airport, as a direct result of the things he did to America, but he probably was so numb on Rx painkillers that he doesn't even know this happened. As for you: Never Forget! [TMZ/Foreign Policy]