Donald Trump Attacks VA Dem Ralph Northam, Gets More Than He Bargained For 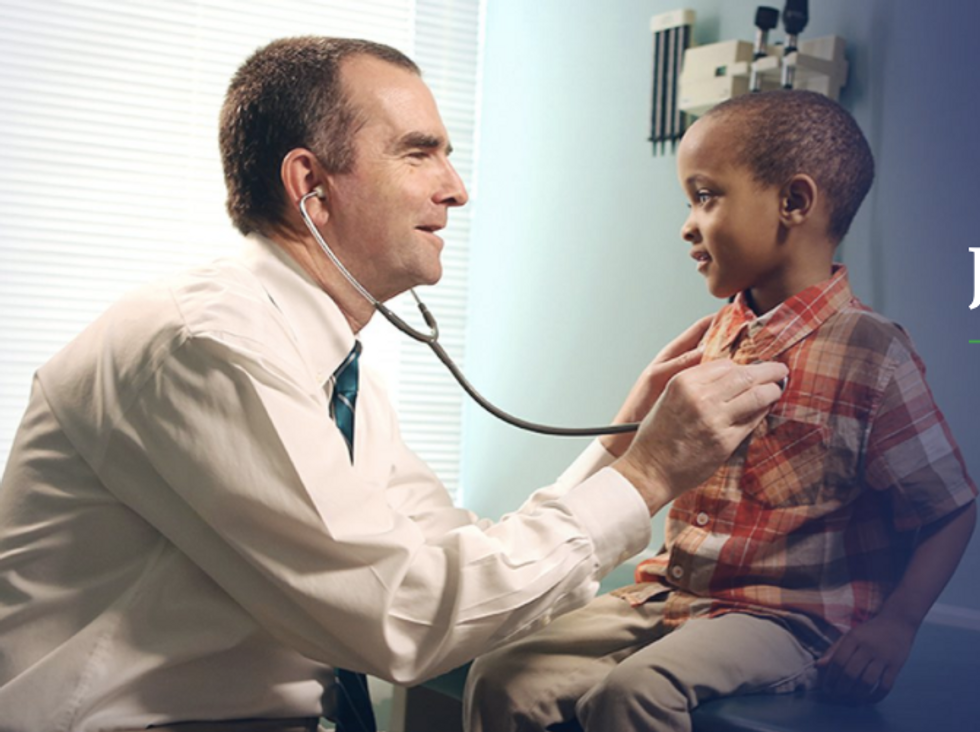 The Doctor is IN

Donald Trump took to the Twitters today to promote Virginia Republican Ed Gillespie, who would like to be the next governor of Virginia. Gillespie has lately taken to promise he'll "save" Confederate statues, because preserving monuments to white supremacy is one of any governor's sacred duties. Trump liked the idea, at least:

Ah yes, "our" great statues, commemorating leaders of the treasonous breakaway states that wanted to expand slavery. They truly belong to all Americans, don't they? There were very fine people on both sides, we understand. Trump also took a shot at current Lt. Gov. Ralph Northam, the Democratic nominee, who doesn't love our monuments to slaveholding nearly enough:

Northam, a pediatrician and neurologist who knows a thing or two about showing up, wasn't about to let that one go.

Virginia Gov. Terry McAuliffe also would like to let Donald know that Virginia's economy is doing just fine, you schmendrick:

Northam later posted another tweet featuring him helping out and treating patients at a free clinic in Virginia, noting that Donald was in Virginia that day, too -- to golf.

While I was treating patients at the RAM clinic, Donald Trump was golfing in Sterling.

You tell me who doesn't show up for Virginians. pic.twitter.com/BOPxaveOUI