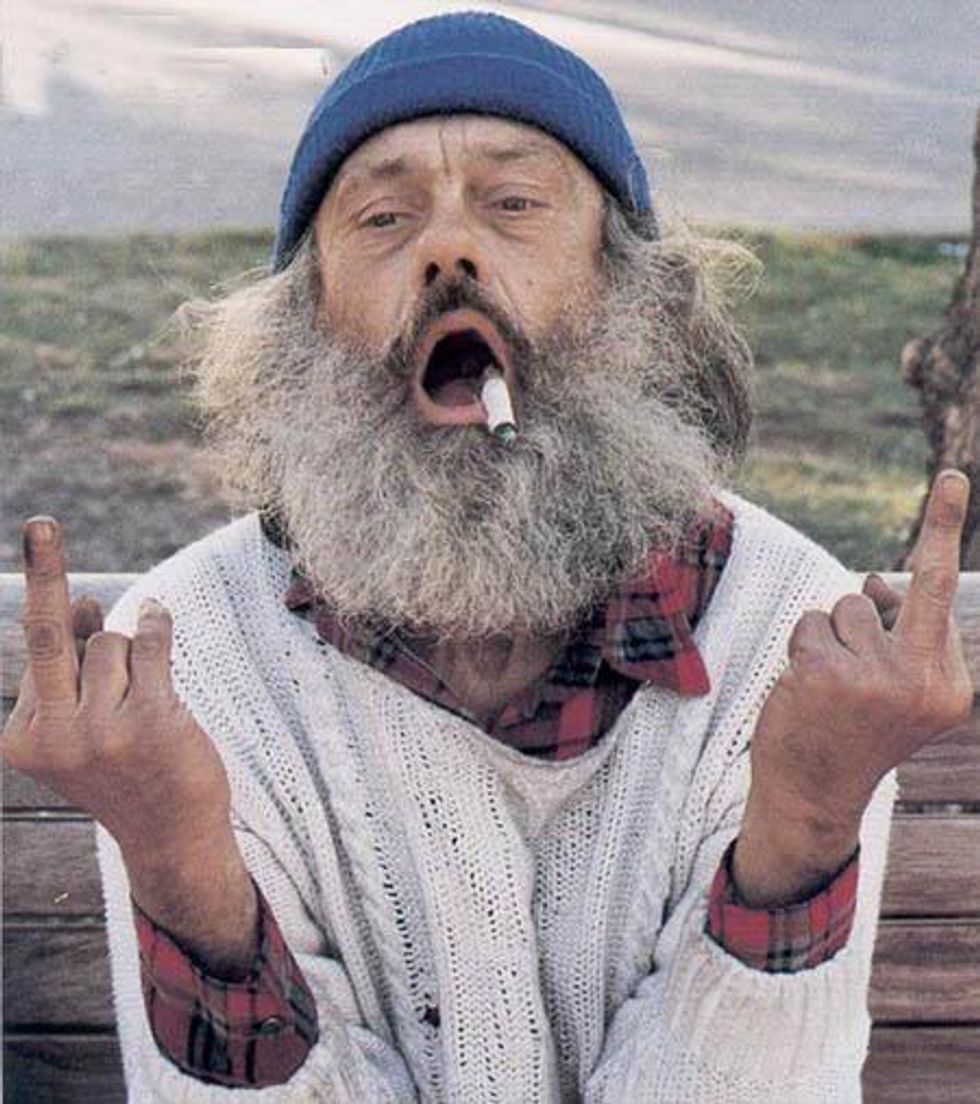 War: What is it good for? Handling punks and their rude gestures.

After his very presidential showing at the Commander in Chief forum last week, Donald Trump followed up with a Friday speech in Florida, in which he shared some thoughts about how Hillary Clinton gets us into wars all the time, whereas he would be a much gooder leader who would never get us into wars in the Middle East for stupid reasons.

Departing from a script about upgrading the Navy and its missile-defense capabilities, Trump offered to go to war over rude gestures:

And by the way, with Iran, when they circle our beautiful destroyers with their little boats, and they make gestures at our people that they shouldn’t be allowed to make, they will be shot out of the water. Okay, believe me.

On Sunday, Sept. 4, seven Iranian Revolutionary Guard patrol boats approached a beautiful Navy ship, USS Firebolt, in the Persian Gulf (or the Arabian Gulf if you prefer); three of the small attack craft shadowed Firebolt at a distance of about 500 yards with their guns uncovered but not aimed, and then another patrol boat "sped towards Firebolt and stopped directly in front of the ship, causing the Firebolt crew to maneuver to avoid a collision." The two craft came within about 100 yards of each other. It is unclear whether Trump was referencing the incident involving Firebolt, as it is a beautiful coastal patrol boat, not a beautiful destroyer. In an August incident, however, the beautiful destroyer USS Nitze was also harassed by four Iranian patrol boats, which refused to respond to hails or warning flares the beautiful Nitze fired at them. Here's some video of that event, although we couldn't make out any gestures, rude or otherwise. Maybe Trump could tell from their body language:

Pussy Obama Refuses To Start WWIII, Is That Even Legal?

Given that aggressive close approaches are a fairly common form of taunting between opposing military forces, Mr. Trump's new "Let's Go To War Over Rude Gestures" proposal would mark a significant lowering of the the threshold for starting an all-out war. Which blowing a patrol boat out of the water would be, especially since warning shots across the bow seem to work pretty well. Donald Trump, who approaches all matters of international conflict with the enthusiasm and analytical skills of a twelve-year-old boy, happens to know that warning shots are for pussies. Given time, we imagine he'll elaborate on how we should machine-gun any survivors, or at least torture them.

The tough talk was cheered by the crowd, which chanted "USA! USA!" and "Shoot them!" Trump then went on to accuse Hillary Clinton of being "an unstable person" who is too "trigger happy" to be trusted with the job of Commander in Chief. Furthermore,

Earlier in the day, Trump had addressed the Values Voter Summit in Washington, D.C., and criticized Clinton for being “just too quick to intervene, invade, or to push for regime change with people we don’t even know who they are, they take over, and they’re far worse.”

His head did not implode, because it just says things without processing them.

Yr Wonkette looks forward to the inevitable deleted commenters who will now explain that Donald Trump is actually making America safer by threatening to start a war if Iranians flip us off, because the threat of deadly force is the only thing Those Animals Over There understand. These same folks will then pet their AR-15s lovingly and post another "An Armed Society Is A Polite Society" meme to Facebook.