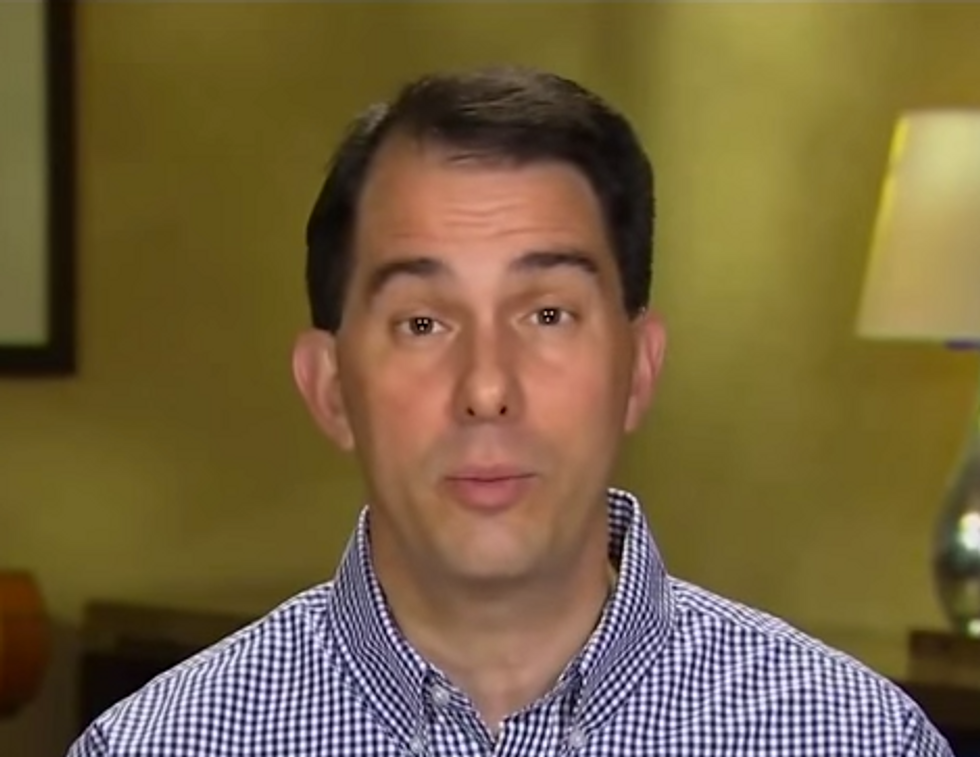 As we already told you (sheesh, do you people EVER listen?), Donald Trump released his terrifically detailed immigration policy, and it's terrific. And classy. And beautiful. And tremendous. And the most brilliant policy you ever did read. And in case you didn't bother, it goes something like this:

1) Build a big fence and make Mexico pay for it.

2) Delete birthright citizenship from the Constitution, somehow, details to follow.

“It’s similar to what I brought up about four or five months ago,” Walker said Monday on Fox News’ “Fox and Friends” when host Steve Doocy asked whether he supported Trump’s plan. “Earlier in the year, I was on Fox News Sunday and laid out what I think we should do, which is to secure the border, build the wall, have the technology, have the personnel to make sure it’s safe and secure, enforce the law… and make sure people are here legally. I don’t believe in amnesty.”

Cool talking points, bro, definitely not lame. Original, too, since no other Republicans have proposed a real big fence -- no, bigger than that! -- and also retroactively self-deporting all them browns. But since the latest poll from Fox News, of which Walker is a big fan, shows that Walker is way behind Donald Trump and getting more behind every second, it is real S-M-R-T of him to pretend like he thought up the Republican Party's standard issue immigration plan all on his own self, and Trump pretty much copied his homework. And how does Walker know this?

"I haven't looked at all the details of his," Walker says, "but the things I've heard are very similar to the things I've mentioned." Ah, well then, no need to read the policy to reckon yeah, it's pretty much Walker's talking points, according to other people. Good enough!

We'd get all journalism-y with our bad selves and compare Trump's policy paper to Walker's policy paper, except Walker doesn't have one. Maybe he could just copy Trump's and put his name on it. He just needs to remember to leave out some of the classy adjectives, so it looks like he did his own homework.