Donald Trump Did Comedy About Police Brutality. Why Is No One Laughing? 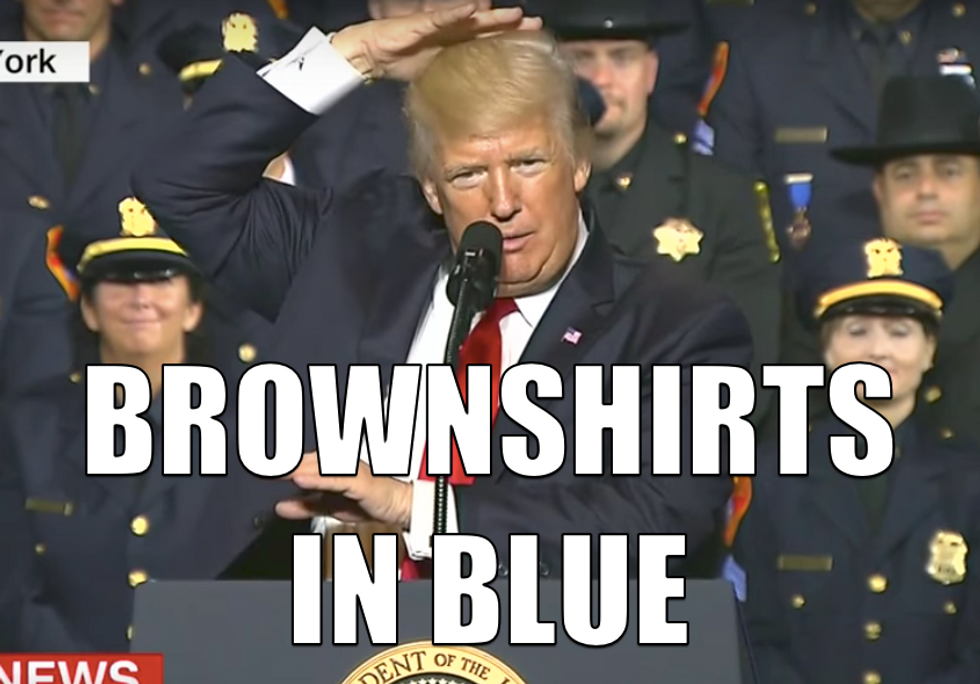 And on Friday, police chiefs across the country were forced to clarify that they did not endorse beating prisoners up in squad cars, unlike the President.

THIS WEEK IS KILLING US.