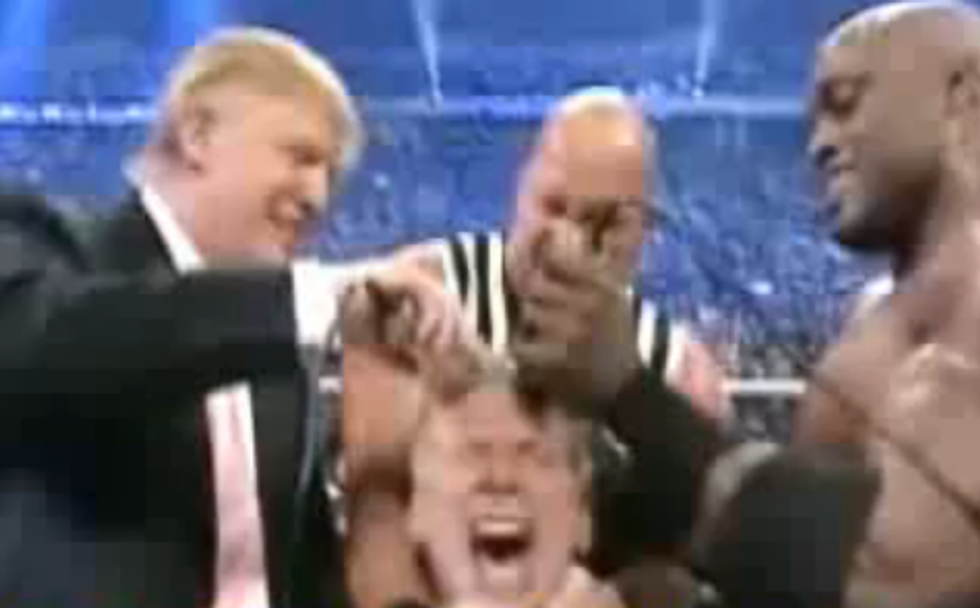 According to Donald Trump, he didn't serve in U.S. armed forces in the Vietnam Warbecause the Vietcong offered him more money because he had a very high draft number. (Wasn't it cute how America used a lottery to choose which young men it was going to have killed in order to ease its crippling paranoia about communism?) Facts, however, disagree with Donald Trump. "Selective Service records show that the purported presidential aspirant actually received a series of student deferments while in college and then topped those off with a medical deferment after graduation." You're fired, facts!

Following his UPenn graduation, Trump--no longer qualified for a 2-S deferment--was again briefly classified as available for service on July 9. However, three months later, on October 15, his classification was switched to 1-Y, which was given to men deemed qualified for military service “only in time of national emergency.”

Finally those idiots saw the Trump name and realized it was wrong of them to put so much precious gold in peril overseas! Actually, he suddenly had a medical condition that made him ineligible to serve. Maybe it was related to this:

The possible future Commander-in-Chief, it turns out, has birthmarks on both his heels.

Must have kicked that woman too much before he got out of her.

Considering basically all people on presidential tickets have stretched the truth about how they avoided Vietnam, this may be the best evidence yet Trump is running. [Smoking Gun]