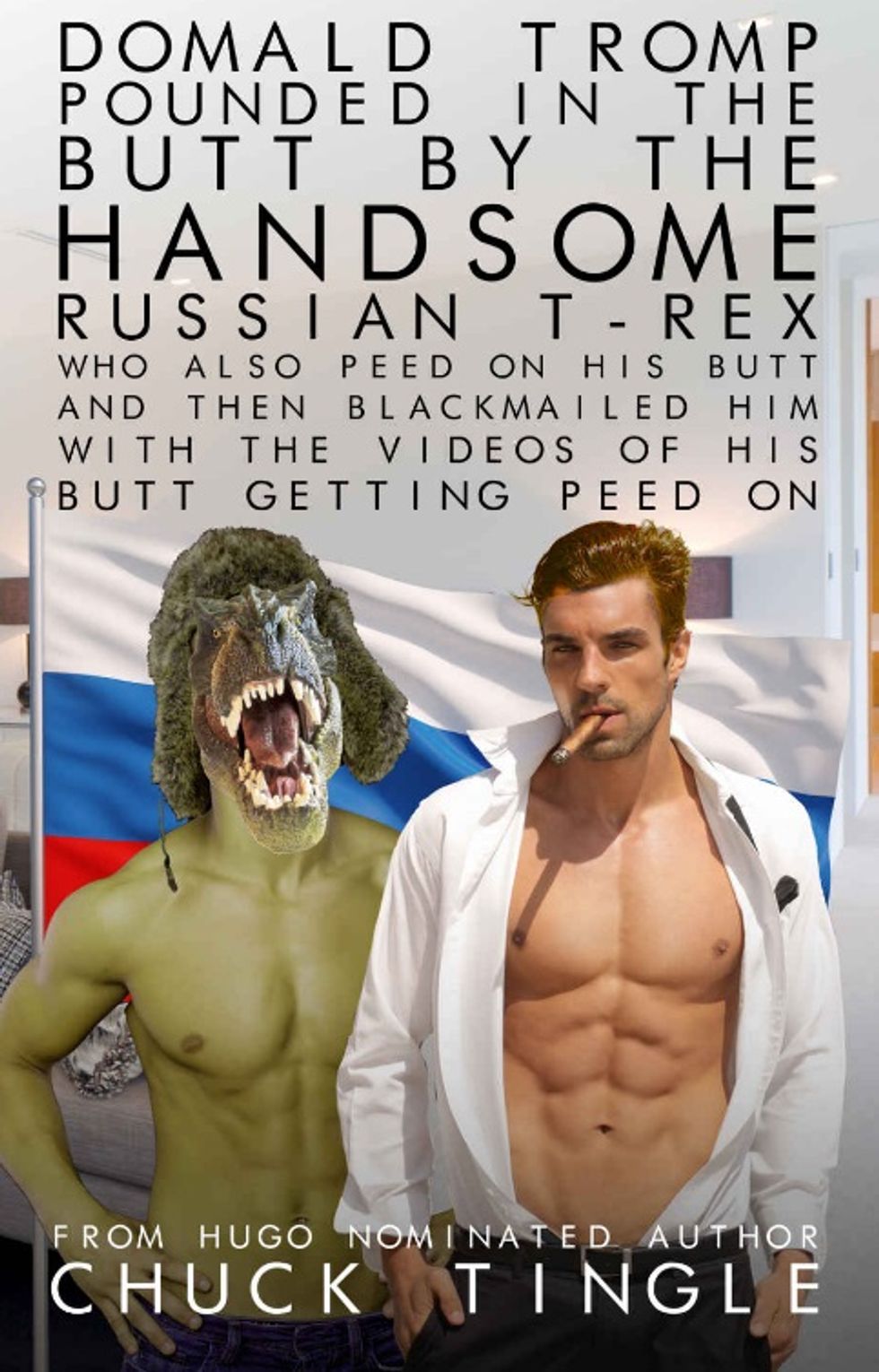 Of course it's real.We think. Trump may not actually love it.

Guys, we think Donald Trump may have actually topped Sarah Palin's "All of them, Katie" moment in a Snapchat interview with Mike Allen and Jim VandeHei of the new online publication Axios -- they've got a more complete article, too, but this excerpt of the raw interview captured by Snapchat's Pete Hamby... Literacy, boy, we don't know.

In case you're Donald Trump and that excerpt is too long, just go with Mr. Hamby's summary: "Q: What books are you reading? A: Look over there. There are some books." We bet he's read them, too, just like he read that terrific book (maybe, in high school) about how it was pretty quiet on the Western Front, very relaxing. And the one with the old man who went fishing, though fishing is not Trump's particular thing, he's not so big on boats. He likes his plane. It's a very nice plane. But sure, he reads books, likes reading them when he has the time, which is not often. He hears the CNN book is doing well, not that he likes CNN, but the book is doing well, and he respects that. Also, look, here is a photo from the Axios article of Trump holding up a book, which makes him a big reader, not that he'd recommend the book.

He is even holding it right side up and everything!

The Big News in the Axios interview, beyond that additional confirmation we've elected the least literate human being ever to occupy the White House, is that Donald Trump seems, though he'd never admit it, a bit overwhelmed. No, really:

Trump seemed, dare we say, humbled by recent intelligence briefings on global threats. Dick Cheney's friends used to tell us he was a decidedly darker, changed man once he started reading the daily intel reports after 9/11. Trump seemed moved by what he's now seeing.

"I've had a lot of briefings that are very … I don't want to say 'scary,' because I'll solve the problems," he said. "But … we have some big enemies out there in this country and we have some very big enemies -- very big and, in some cases, strong enemies."

He offered a reminder many critics hope he never forgets: "You also realize that you've got to get it right because a mistake would be very, very costly in so many different ways."

Worth noting: Trump said he likes his briefings short, ideally one-page if it's in writing. "I like bullets or I like as little as possible. I don't need, you know, 200-page reports on something that can be handled on a page. That I can tell you."

Big, strong enemies. Who can be handled by a big strong president. Who would rather not be burdened by too much information, OK, thanks? Then there's this:

Asked to name a decision he got wrong or a regret from the campaign, he didn't.

Self-reflection and reading are for losers, after all. Barack Obama's going to write a book. You won't catch Trump reading it, that's for damn sure.