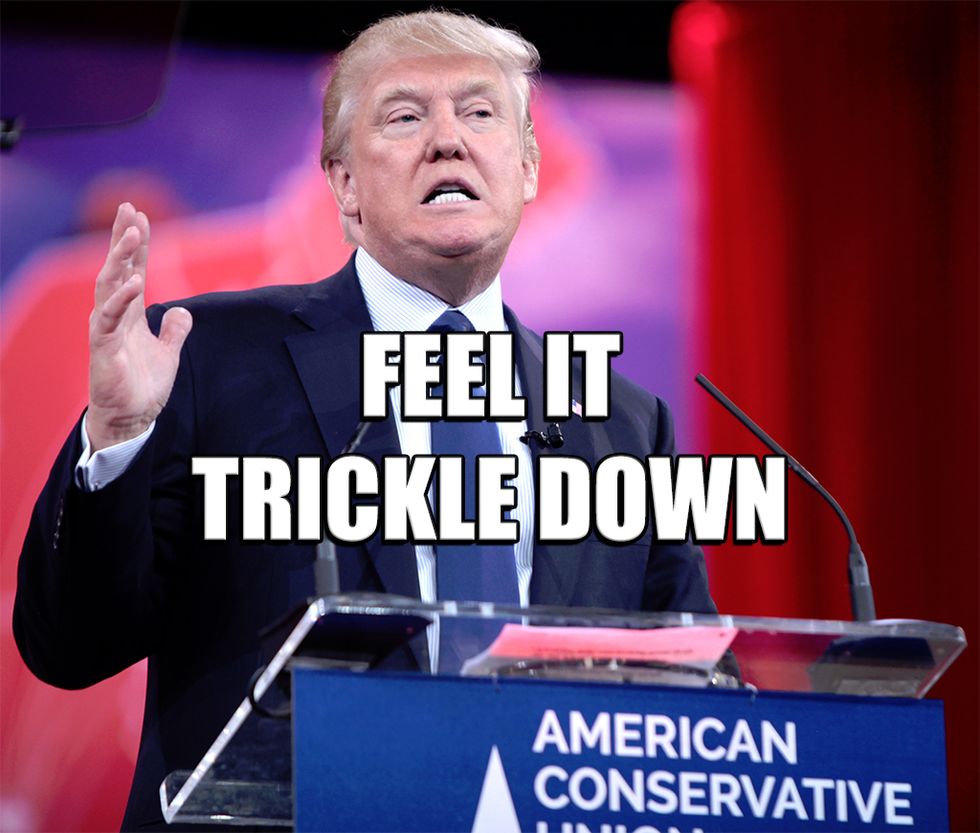 There is a mighty odor wafting over Washington DC today -- or maybe over New Jersey, or Miami, who can even say? It is the smell of poo, and it is emanating from the vicinity of President Donald Trump's pants, because he has shat them very much!

Our president, in addition to being a genius who knows all the best words and when he doesn't he gives us new ones, seems mighty concerned with today's Senate Judiciary subcommittee hearing with the former acting Attorney General Sally Yates, whom he shitcanned! (The hearing will be at 2:30 Eastern, and despite Evan having the day off, we assume we will be liveblogging it at you, even though we're not sure that's even legal.)

Sally Yates, you will remember, warned the White House "council," Don McGahn, that Trump's National Security Adviser, Mike Flynn, had been caught talking about sanctions with Russian ambassador and reported spymaster Sergey Kislyak, after Vice President Mike Pence had gone on the squawk box to say Flynn (an actual literal foreign agent) assured him he'd done no such thing.

Even after Yates's warning, the White House kept Flynn on for two more weeks -- until it somehow "got into the newspapers." Before then, they just weren't in too much of a rush.

So whose fault was it that Team Trump picked Mike Flynn to be national security adviser and failed to vet him, even minimally? Well, if you looked at our president's second tweet up there, it was obviously Barack Obama's! Which caused somebody (Barack Obama) to call up NBC News right away and ask, "man with pants full of doody says what?"

The warning, which has not been previously reported, came less than 48 hours after the November election when the two sat down for a 90-minute conversation in the Oval Office.

According to all three former officials, Obama warned Trump against hiring Flynn. The Obama administration fired Flynn in 2014 from his position as head of the Defense Intelligence Agency, largely because of mismanagement and temperament issues.

To be fair, if Barack Obama really thought that Donald Trump should not hire Mike Flynn to be his top national security dude, because of how Flynn is a crazy dick (and also a literal actual foreign agent), then Barack Obama should have said he was the greatest guy and Barack Obama loves him very much, and please, whatever you do, make sure you hire Mike Flynn.

So really, as you can see, it's all Obama's fault, AS USUAL.

In other breaking news, Donald Trump is a spiteful toddler spitty asshole man. See you at 2:30!

UPDATE! Trump Lies That He Thought Obama Was Just Joshin' When He Said Not To Hire Crazy Dick Mike Flynn