Donald Trump To That Corey Lewandowski Schmuck: You Are No Longer Employed Here 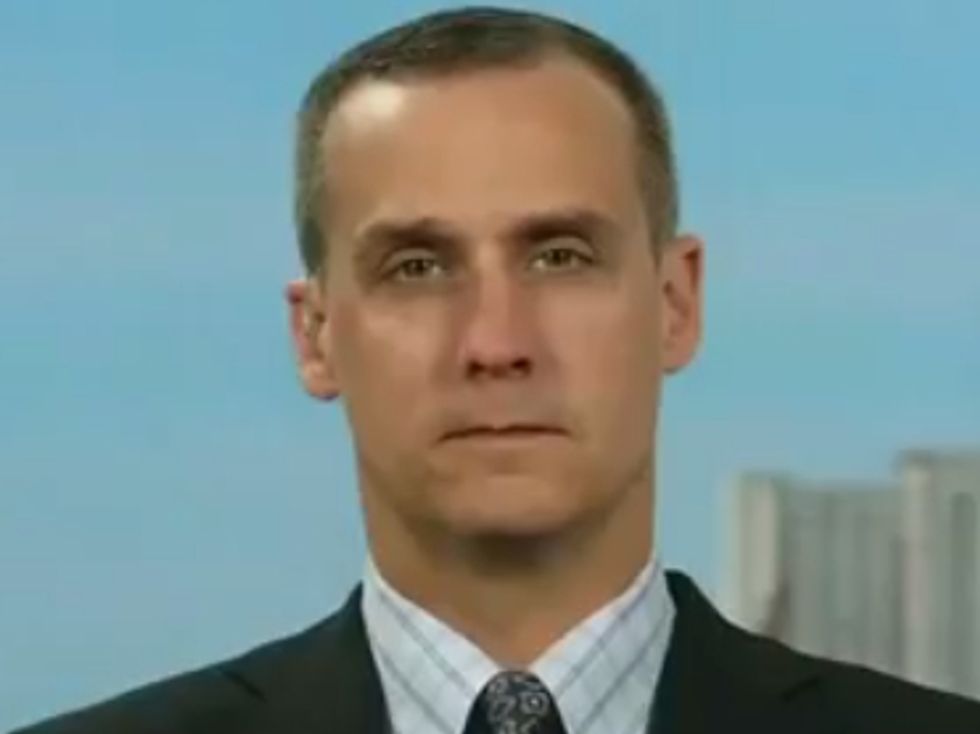 Just look at this sweetheart, wouldn't hurt a fly

Human testicle Corey Lewandowski, the Trump "campaign manager" who manhandles so many people on a daily basis he plumb forgot assaulting that reporter gal, has been you're fired by one Donald J. Trump, a man known the world over for his excellent judgment in the lickspittles with whom he surrounds himself.

Trump Campaign Manager Corey Lewandowski Goes To Jail, For Being A Dick

“The Donald J. Trump Campaign for President, which has set a historic record in the Republican primary having received almost 14 million votes, has today announced that Corey Lewandowski will no longer be working with the campaign,” the campaign spokeswoman, Hope Hicks, said in a statement. “The campaign is grateful to Corey for his hard work and dedication and we wish him the best in the future.”

Mr. Trump had faced increasing concerns from allies and donors, as well as his children, about the next phase of the campaign as he pivots toward a general election.

Mr. Trump has recently seen his standing dropping in recent national polls, and is now facing a barrage of ads by Hillary Clinton and her allies.

The Trump "campaign" estimates it has 30 staffers nationally -- fewer than one for each state! -- but has said it will at least be adding to its communications team so spokeswoman Hope Hicks has a little help in her job denying credentials to news organizations.

While Corey Lewandowski, a former New Hampshire "peace officer" -- and has any news org checked for New Hampshire use-of-force lawsuits? just a hunch! -- has been a terrible embarrassment to the campaign, he hasn't manhandled a rightwing reporter gal for months now. Has he done anything to mortify the campaign lately? Eh, not that much (besides running a hilariously inept campaign). But it does come the same day as Olivia Nuzzi's GQ profile of Donald Trump's 27-year-old spokeswoman, the new-to-politics publicist Hope Hicks:

A 42-year-old operative who'd worked for the Tea Party group Americans for Prosperity, Lewandowski was now the campaign manager. Hicks was told she couldn't work for both the political and corporate branches of the Trump team. She had to choose: Join the campaign or go back to the kids' floor of Trump Tower. Hicks, who hates to disappoint, nonetheless told Lewandowski he'd have to find a new press secretary, which apparently set him off. “He made her cry a bunch of times,” [previous Trump firee Sam] Nunberg said. In Nunberg's telling, Lewandowski said to Hicks, “You made a big fucking mistake; you're fucking dead to me.” Lewandowski declined to either confirm or correct Nunberg's recollection. “I don't recall the specifics of that,” he told me. “I can say definitively that I don't recall the specific incident that you're referring to.”