Donald Trump Very Busy Man, Does Not Have Time For Silly Press Conferences! 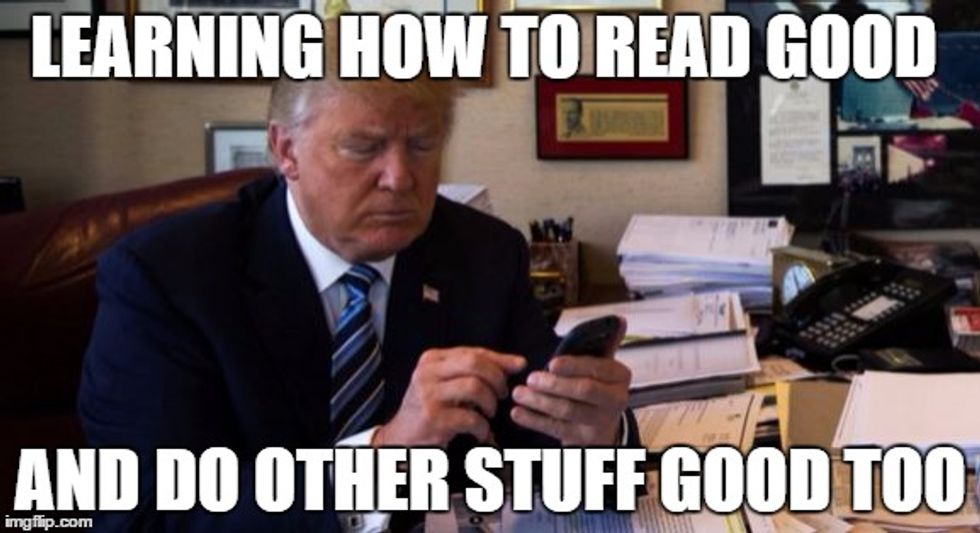 Remember a couple of weeks back, we told you Donald J. Trump had made a yooge Twitter announcement to say he would be holding a yooge press conference on December 15 (Thursday) where he would describe his yooge plans for fully separating himself from his business? Yeah, about that. As Bloomberg reports, Dear Leader tweetered a bunch of things Monday night about how he's far too busy to do that press conference, but will be "separating himself" by letting his sons Uday and Qusay Trump run the businesses (not Ivanka, who is reportedly moving to DC and trying to "separate" herself as well so she can devote all her time to being the greatest first lady ever to be the president's daughter). He also promises he, who will be separated from his company, will make "no new deals," because how could a man who has nothing to do with a company make deals for that company? UNPOSSIBLE.

Here are the things Trump is NOT too busy to do on a typical Tuesday like today, while he's absolutely far too busy to even think about doing press conferences about all the myriad conflicts of interest he will bring to the Oval Office:

this is the most awkward video of all time https://t.co/0PFGUgTmY0

We are just fooling, this is not Trump's real schedule for Tuesday, unless it's 100% accurate, in which case MUST CREDIT WONKET, the end.