Donald Trump's Racist Ex-Butler Pretty Sure Donald Trump Is Not A Racist, And He Would Know 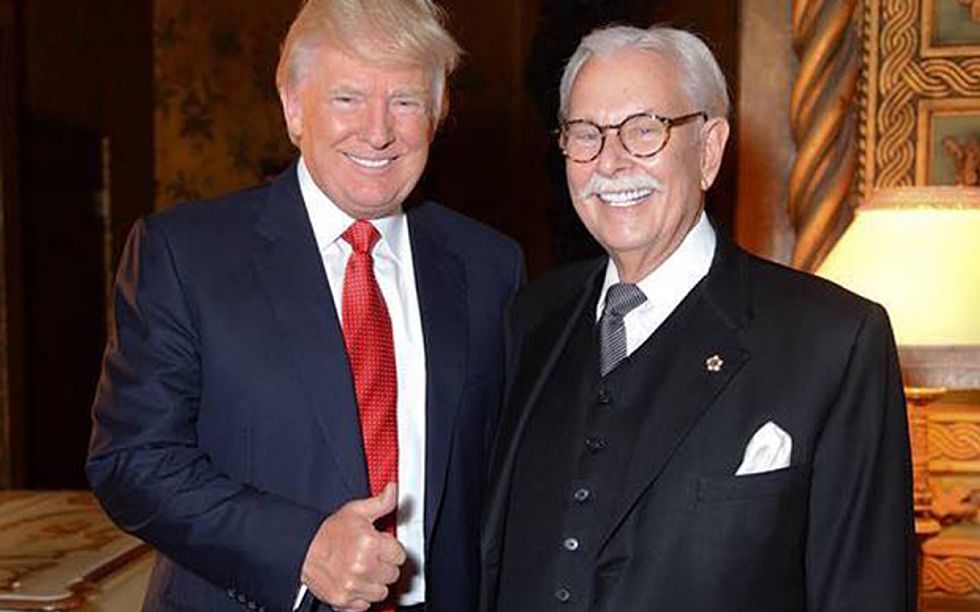 This past May, we all met Anthony Senecal, Donald Trump's 84-year-old ex-butler, who it turned out was a very racist and also extremely unhinged person.

Please, allow us to refresh your memory, should you have blocked it out by now (not that we would blame you):

"To all my friends on FB, just a short note to you on our pus headed "president" !!!! This character who I refer to as zero (0) should have been taken out by our military and shot as an enemy agent in his first term !!!!! Instead he still remains in office doing every thing he can to gut the America we all know and love !!!!! Now comes Donald J Trump to put an end to the corruption in government !!!! The so called elite, who are nothing but common dog turds from your front lawn are shaking in their boots because there is a new Sheriff coming to town, and the end to their corruption of the American people (YOU) is at hand !!!! I cannot believe that a common murder is even allowed to run (killery clinton) OR that a commie like bernie is a also allowed to also run !!!! Come on America put your big boy pants on---this election you have a choice---GET YOUR ASS OUT AND VOTE !!!! Thank you !!!!"

With all the attention Trump has gotten lately for his blatantly racist characterization of Judge Gonzalo Curiel as unable to be unbiased and do his job due to his Mexican heritage (even though all "the Mexicans" love Trump and he is going to do great with them), I am sure you will all be relieved to know that Tony Senecal has finally weighed in on the matter, during a Facebook livestream yesterday.

In the video, Senecal asserts that Donald Trump "doesn't have a racist bone in his body." He even, during his tenure, saw him talking with and working with "the blacks" and "the Hispanics" and "the foreigners." Can you even imagine a racist person doing that? Probably yes! I mean, just off the top of my head, I think we can all agree that Mel Gibson is a pretty racist person, officially, and he was in movies with both Danny Glover and Tina Turner!

Also, too, this was already a joke on All In The Family 44 years ago in 1972. Being pleasant to a person of color being a "get out of being called a racist free card" is a fallacy that could actually have kids in college at this point.