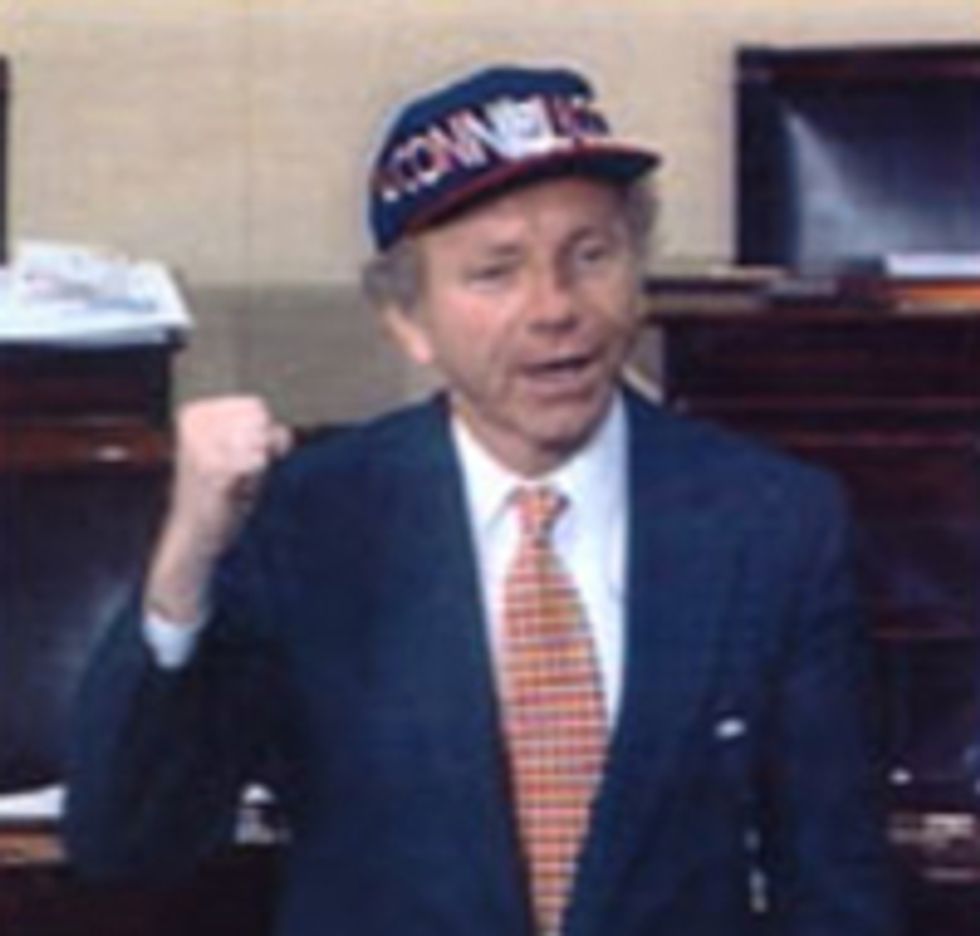 So the Senate faced the cloture vote on the defense authorization bill including a repeal of Don't Ask, Don't Tell, but it failed by a vote of 57-40, because majority rule is the hallmark of a democracy. Susan Collins ended up voting with the Democrats, and Joe Manchin voted against it, because he has a punch card that will give him a free sub from West Virginia voters every time he votes against his party.A scene from the future war movie about this worthless policy: "Right now Joe Lieberman has buttonholed Lisa Murkowski on the floor, clearly trying to get her to switch her vote." Give Lieberman credit. He's sweated off at least a couple of jowls in the past few days.

If you are keeping score at home, Lisa Murkowski, Scott Brown and Richard Lugar are supposed to be in favor of the repeal, but they will never vote for cloture, because that is the first rule of being a Republican or something. Or maybe they just wanted to say they were in favor of it because they knew it would never actually come to a vote because their party would drag their feet on it forever.

It's hard to explain to someone used to the world operating on reason and logic why you would vote against allowing yourself to vote for something you want to vote for. The gays, they're pretty used to a world like that, right? It's all good.

Let's all get together and have a filibuster pride parade! [Firedoglake]