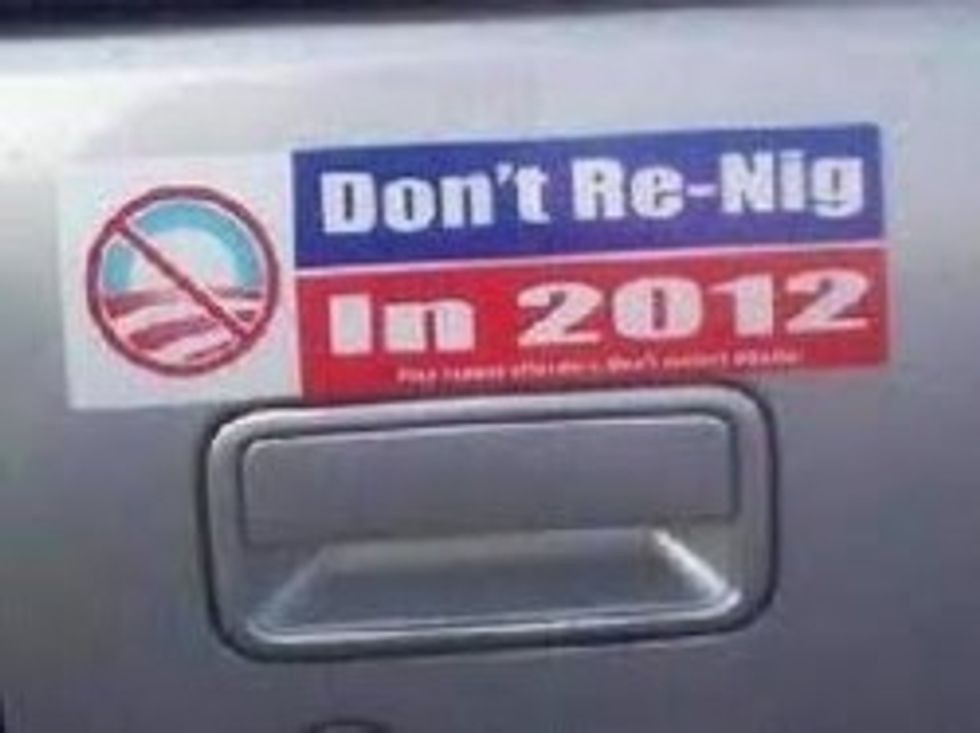 We're not sure what "dictionary" Miz Paula Smith of Hinesville, Georgia, "reads," but she clearly has Knowledge on her side when she says the n-word "is not racist." Roger Friedman of Forbesgot Miz Smith on the tallyphone to ask her why her company, Stickatude, has been selling some perhaps-inelegant bumper stickers that have doubtless been enlivening your MyFace page all week. “According to the dictionary," she told him, "[the N word] does not mean black. It means a low down, lazy, sorry, low down person. That’s what the N word means.”

How else is "Don't Re-Nig" not even racist?

“And besides Obama is not even black. He’s got a mixture of race. It’s his choice of what his nationality is. I’m a mixed breed. I call myself a Heinz 57,” she says, referring to an ancestry that’s part of French, Scottish, and German.

There you have it. Logic!

“I do find it amazing and entertaining that one of our stickers has become a racist thing,” Ms. Smith told me. I asked her if she thought the “N” Word was a bad word? “No,” she said, ” because I don’t use it.”

That lady sounds nice. Let's all spend the rest of the morning in a nice, quiet, darkened place, maybe with a nice cool cloth on our eyes, thinking about how nice that lady sounds. Nice. [Forbes]