Don't Worry, This Terrifying Murder-Looking Dude Was Only Arrested For Throwing Away Voter Registrations 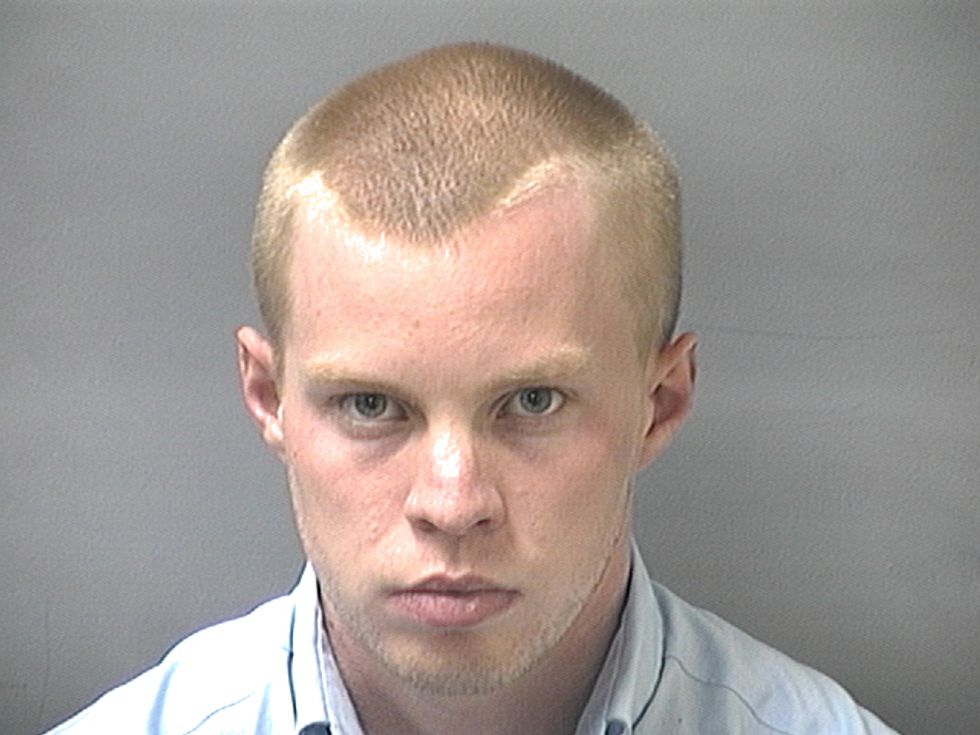 Whew! After getting a load of that mug shot, you are forgiven for gathering your children close in your embrace. There's evil out there in the world, and some of itdestroys voter registration forms in Virginia. Psycho shower scene squeak knife sound! But it's cool, it's cool! The Rockingham Sheriff, according to TPM, is pretty sure "there was no indication that the activity was widespread in their jurisdiction and said the conduct 'appears to be limited in nature.” Which makes total sense. Why wouldn't the RNC's grassroots field director (according to his Linked-In), only destroy voter reg forms once? Obviously that is not the kind of thing one does over and over, whenever one gets a fresh stack of applications from, say, the wrong precinct or people (just spitballin' here) of the wrong demographic. (Party affiliation isn't listed on Virginia voter reg forms, meaning you have to be more creative in determining whose vote to attempt to void.) Nah, it is more like a crime of passion, unplanned, not at all systemic, to carefully find a dumpster two blocks from the RNC office and illicitly toss an envelope with eight voter reg forms in it. Those sheriffs probably solve every crime with their great perfect logic and human-condition insights.

[RNC spokesman Sean] Spicer said that once the accusations were made about dumping registration forms, the employee was immediately fired. He has said that the Republican National Committee had “zero tolerance” for potential fraud.

Jeez, what more do you people want?