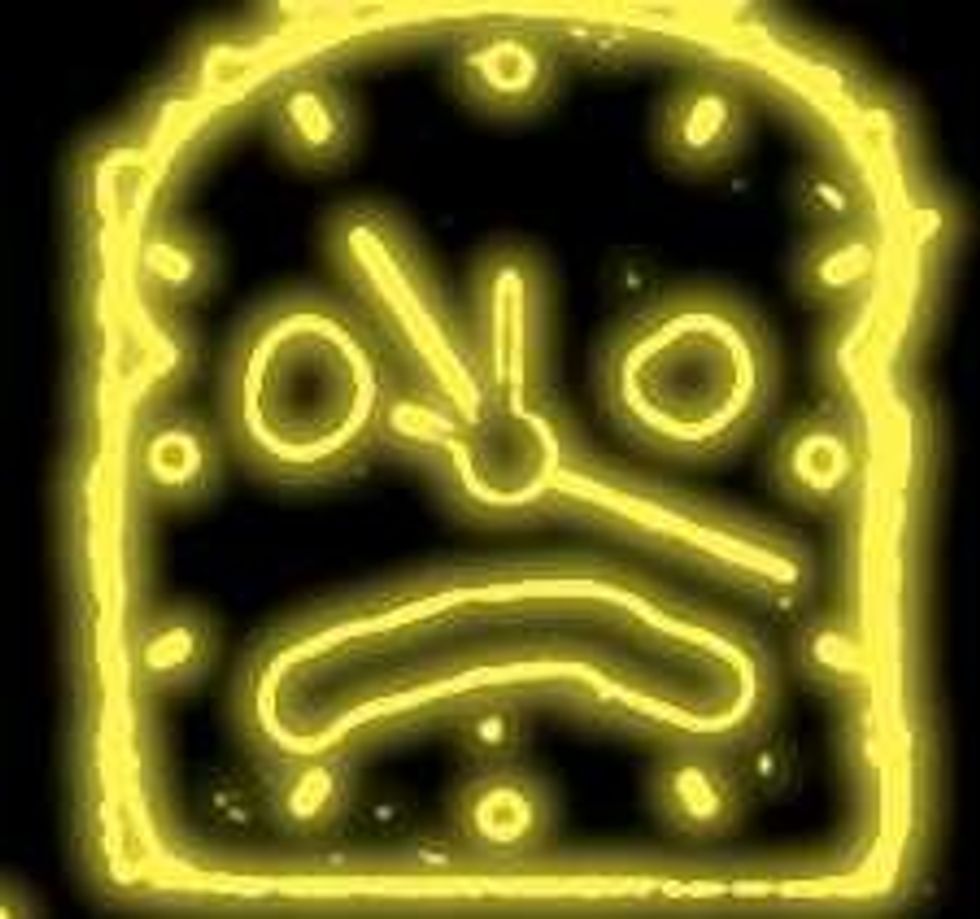 How are things? Bad? Oh. Well, there's always "Angry Birds" or whatever. Oxycontin. And the fancy scientist people have moved the "symbolic" Doomsday Clock another minute closer to Midnight. This does not mean "another minute closer to Santa's visit," or whatever the popular superstitions are these days. It means the world will come to an actual end, as far as we know. Of course theworld will still be here, probably for billions of years. Plants and animals and vermin may survive in various ways, too, such as popular nuclear holocaust survival tropes "the cockroach" and "the rat" and "Dick Cheney." But the humans will all die, miserably. This is according to Science, anyway. WE choose to believe in American Football Jesus, who will take us all to Heaven, which will be like CostCo but everything will be covered in molten gold, even the 78-packs of Doritos. And we will never have to pretend to try to exercise, and we can hate black people with impunity. It's going to be glorious, this American White People Heaven.

The Doomsday Clock, a symbolic gauge of nuclear danger, has moved one minute closer to midnight because of "inadequate progress" on nuclear and climate issues. The Bulletin of the Atomic Scientists (BAS) announced the move - to five minutes before midnight - on Tuesday.

BAS said the failure of multiple nations to control the spread of nuclear weapons was a cause for worry. Global climate change was also an issue that needed to be addressed, according to Allison Macfarlane, a BAS Science and Security Board member.

"The global community may be near a point of no return in efforts to prevent catastrophe from changes in Earth's atmosphere," she said in a statement.

In other Doomsday news, either America or Israel or both (the U.K.?) committed state-sponsored terrorism today in the assassination of an Iranian nuclear scientist. Just like in some shitty Tom Cruise or Nicholas Cage movie, a bunch of ninja motorcycle riders surrounded this Iranian guy's car, stuck a "magnetic bomb" on the side, and sped off. And the guy was killed. His driver was nearly killed, and might still die. Team America! [BBC News/The Guardian]