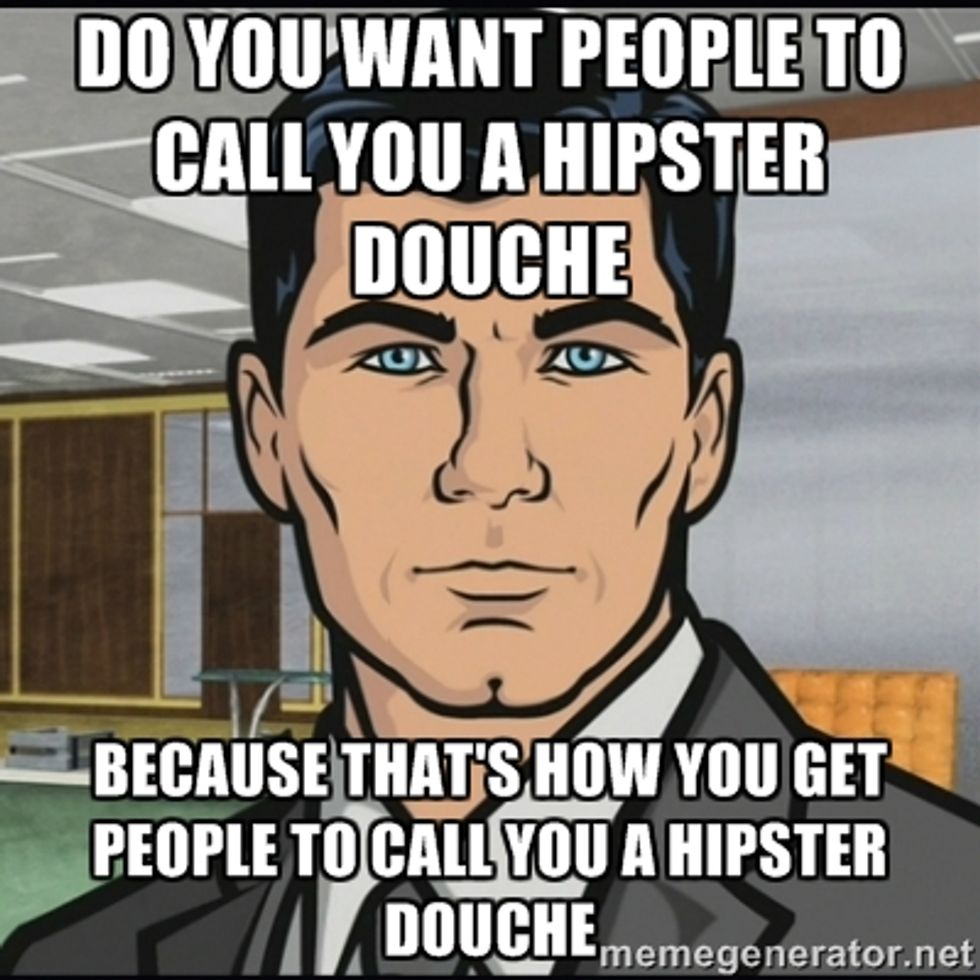 First off, apologies to all the Trevors, but we had to pick a name, so we went with Trevor. Or Chase. It could easily be Chase. Would Hunter like to join us? Sup bro? What shall we do this evening, with our hipster, trend piece, easily marketed to, Instagram-American selves? Well, why don't we drink a really disgusting wine, which marketing executives and professional trendsetters have been trying to rebrand as something OTHER than "it is TOO different from white zinfandel, because it is French, which makes it CLASSY, even though it kind of tastes like mouth herpes"? Anyway, meet some bros who are into rosé, and who call it "brosé," because putting the word "bro" into other words is a super cute pun, but in a manly way:

"Rosé is kind of like online dating," Sam Daly, an actor, told the magazine. "What was once a faux pas has become the norm. It's become universally accepted among men and women. It's kind of like the beer of wine."

No. Beer is the beer of beer, and wine is the wine of wine. Also shut up.

Rustun Nichols, bar director of the Wythe Hotel in New York, added: "You go to a table where people are sitting outside and they're like, 'I'll take a magnum of Bedell,' and maybe it's seven dudes and you're a little surprised. You thought you were going to be talking to them about scotch, but they want some Provence rosé, and that's totally cool."

Here is another stupid bad paragraph, this time from Details magazine:

"I like to say that real men drink pink," says Thomas Pastuszak, wine director of the swanky NoMad Hotel in Manhattan. "There used to be this perception that rosé was a girly drink, but that's just not true." As Procrustean gender norms fall into the dustbin of history, more menfolk are succumbing to the charms of the Pink Mistress, blithely knocking back rosés ranging in color from onionskin to rare steak.

And here is another Instagram post from an account called, no shit, "broseseason," which features a glass of gross, bad wine being held by vintage nekkid Arnold Schwarzenegger, who evidently has a major penis going on. Must be all the rosé:

Anyway, if you legit like rosé, that is fine, we're all entitled to our personal taste, but if you are any of the people in these articles or think that "brosé" is actually a legitimate, cool thing that exists, you are an insufferable dork and everybody laughs at you, including your mom.