Dozens Rally In St. Louis To Declare We Are All A Cop Who Killed An Unarmed Teen 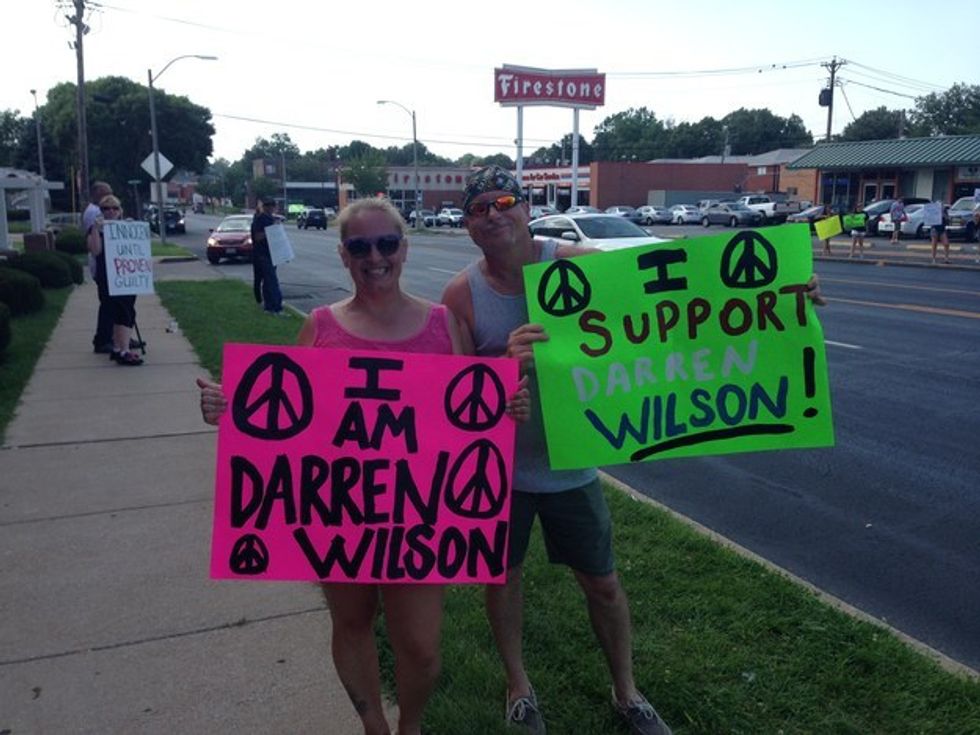 Buzzfeed's Jim Dalrymple II went to a rally in St. Louis this weekend in support of Officer Darren Wilson, held at "Barney’s Sports Pub in south St. Louis -- a place many described as a popular police watering hole." At its peak, the gathering attracted between 50 and 70 supporters.

The theme of the event was "I am Darren Wilson," because really, who among us can't imagine a day when we, too, may find ourselves having killed an unarmed 18-year-old in the 68 percent black community where we are a white cop in a police department with a troubling history of racist behavior? It's pretty much a universal appeal. Which is why supporters have raised more than a quarter of a million dollars online to support Wilson, surpassing the amount donated to Michael Brown's memorial fund. And while We Are All Darren Wilson, raising money to support him is something even some members of the KKK -- yes, that KKK -- consider a tad tasteless.

Or maybe what they're saying is "I am pretty much a complete cipher, whose previous employers and high school hockey coach barely even recall who I am, although my mother was one felonious piece of work," at least according to the New York Times.

In any case, Officer Wilson is a hero, because all cops are heroes, and as this gentleman's sign says, "Heroes have a right to defend themseles":

And Darren Wilson was a hero, as illustrated by his flawless disciplinary record, which at the very least means that he managed to be an average cop in a department full of criminally shitty cops.

The rally, which drew only two non-white participants, also focused on the theme of "innocent until proven guilty," and to illustrate this, most of the people interviewed by Dalrymple were quite certain that Michael Brown was a violent thug who assaulted Wilson, who had no choice other than to shoot him to death: “We’ll all see this in the end that it was a good shooting. You know, it was a good kill,” said Tina Morrison, a former Ferguson resident, pictured with the pink sign up top.

“And had I been terrified for my life I would have killed him too,” she explained, adding later that “I totally believe what he did was the right thing.”

Michael Brown, on the other hand, was legally Innocent Until Shot Dead by a Cop. And isn't that really what justice is all about? Determining whether or not shooting an unarmed person was a "good kill"?

Today, we are all ... kind of nauseated.