Drink Up, Or the Russians Will Kill You 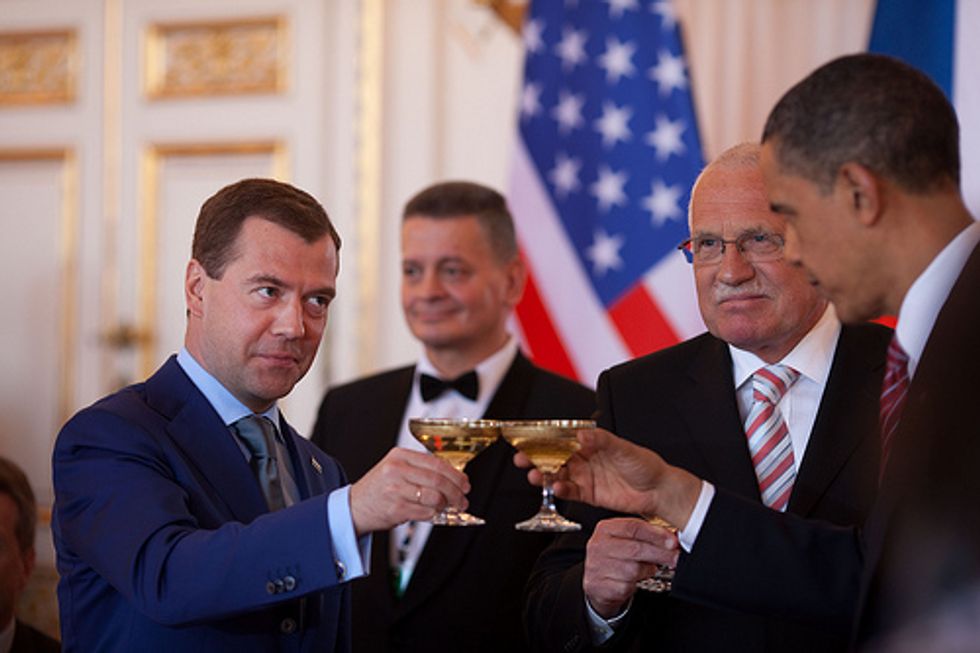 Russian President Dmitry Medvedev is giving Barack Obama the old "I have poisoned your champagne" look while ultra-crooked Czech president Vaclav Klaus is just counting money in his mind, piles and piles of Euros, shoveled into his Swiss vault by Slovak gypsy slaves. Anyway, now we have some kind of new nuclear treaty with Sarah Palin, maybe you've heard of it! Also, the president of Poland and 97 other Polish government officials and citizens were killed today when their plane crashed in Russia. [White House Flickr/New York Times]