DRUDGE SIRENS: Arab Man On Plane Got Angry Or Something 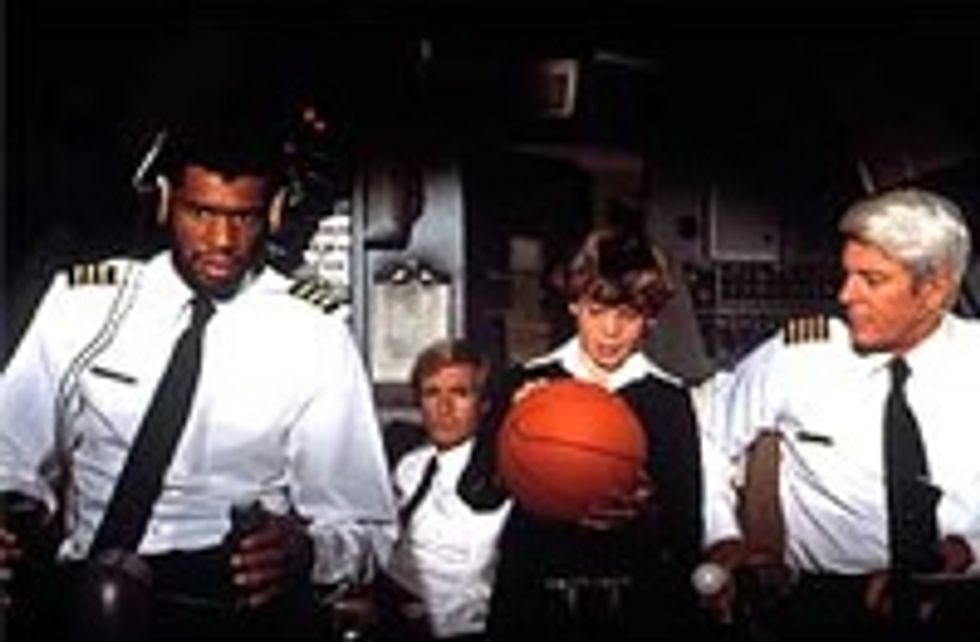 The conservative Internet has uncovered UNMISTAKABLE EVIDENCE that The Muslims of America are planning to set aside their Sharia checklist for a moment to avenge the death of Osama bin Laden. On Sunday, some guy from Vallejo, California on a flight from Chicago to San Francisco went nuts, screaming and pounding on the cockpit door,according to the Associated Press. This is something that happens on airplanes! People do weird things! Flying is freaky for a lot of people! In the same article, the AP notes another guy on another flight Sunday tried to open the plane door of the aircraft he was on. But that second guy isn't of Arab descent, so the MUSLIM WATCHERS are only freaking out about the first one.

Of course terrorism is not mentioned in the criminal complaint. In post 911 America, if a Muslim rushing the cockpit ululating and screaming allahu akbar is not terrorism, what is?

Perhaps if the guy had a weapon of any kind, was trying to hurt people, or had ties to a terrorist organization? That would probably be terrorism, Pam! Sorry, we forgot, never go anywhere near a brown person, as they could lash out and murder you at any moment.

Yeah, we forgot, somebody on the plane said to another person on the plane that what other witnesses called incomprehensible yelling was actually "Allahu Akbar." America's most trusted source in news: a second-hand account from a person on an airplane.

Authorities have yet to say this is terrorism, because it's pretty obviously not. But the people who really understand Muslims, bigots who have never studied Islam, know the truth: this was a DRY RUN by the Muslims, who will soon be inside every plane in the country, KNOCKING ON A DOOR. Scary! Don't knock so hard, Muslims! You will kill all us white people with your door knocking!

Wait until they hear that some American pilots are Muslim themselves. Ahhhhhhh! [Atlas Shrugs/Fox News]