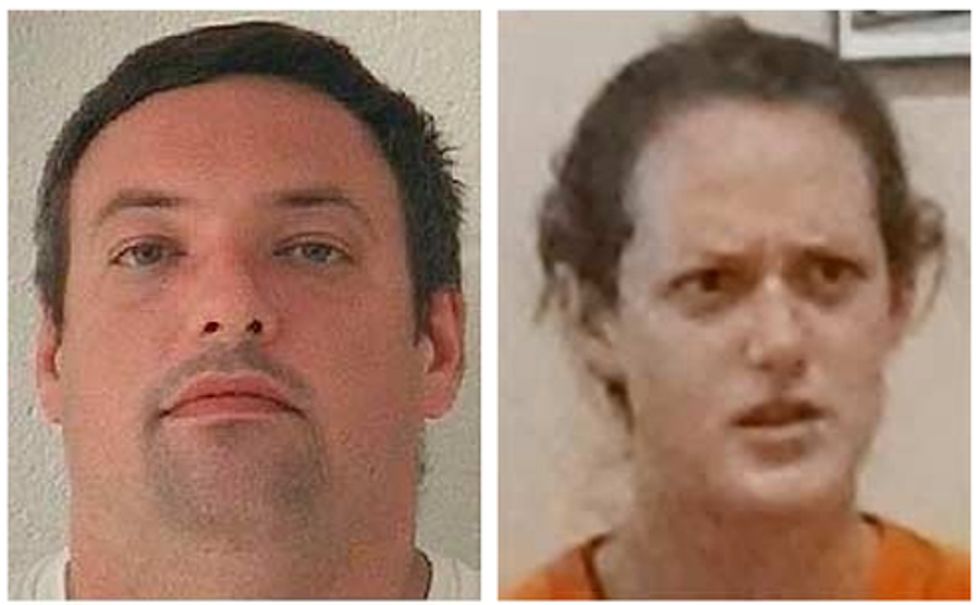 In what looks like a pretty obvious pitch for an as-yet-unmade cable TV drama series, an Ohio police chief dated a heroin addict wanted on drug charges instead of arresting her. Police Chief Lucas Mace, of the village of Glouster, has been indicted on multiple charges after hiding Hillary Hooper --come on, says Showtime, we at least need realistic names for these characters! -- as well as sleeping with her and trying to help her escape arrest:

An Athens County grand jury indicted Mace [May 27] on 12 charges -- five of them felonies -- and Athens County Prosecutor Keller Blackburn painted a much clearer picture of what he said was “a shameful pattern of wrongdoing” on the chief’s part.

“He was basically using his office as a dating service,” Blackburn said.

We'll let you pervierts make your own jokes about spraying the suspect with Mace, because we are far too classy to say something like that.

Mace, who's been suspended without pay by the village council, allegedly began the romance/coerced relationship/dumbfuckery (we don't have any idea how consensual this could have been, considering) on March 28 when Hooper was in an auto crash; she had warrants out on her and was suspected of using heroin, but instead of arresting her, Mace decided he'd use her as an "undercover informant." Cue the crappy 70's synthesizer music here. Mayor Miles Wolf (look, just stop it!) said that he'd heard that Mace was dating Hooper, and so he informed Blackburn, who began an investigation in April.

Blackburn said that by May 22, Mace knew that Hooper was wanted in two counties, but instead of arresting her, he took her to dinner and then home with him, and then the next day helped her go on the run. But then Mace was arrested and Hooper turned herself in.

Just for a little extra "Ick," we learn that

recorded radio traffic is evidence that Mace knew of the warrants out for Hooper. Mace called her “Softie” because he said “she had the softest skin he’d ever touched,” Blackburn said.

Seriously, sleazeball cops of America, please come up with better nicknames for your druggie girlfriends.

Also, too, Mace had a "hidden camera in his office," which should just provide loads of entertaining evidence, and his police car has also been seized as part of the case, with this dainty note from the Columbus Dispatch:

Authorities also confiscated Mace’s cruiser; a preliminary investigation has uncovered evidence that the chief likely had sex in it, Blackburn said.

For god's sake, man, use a towel. And turn off the dash cam.

Sadly, we must report that this story has no alligators in it. That's really kind of a letdown.

Follow Doktor Zoom on Twitter. He thinks the cop's name in the TV series should be Lance Hardcheese