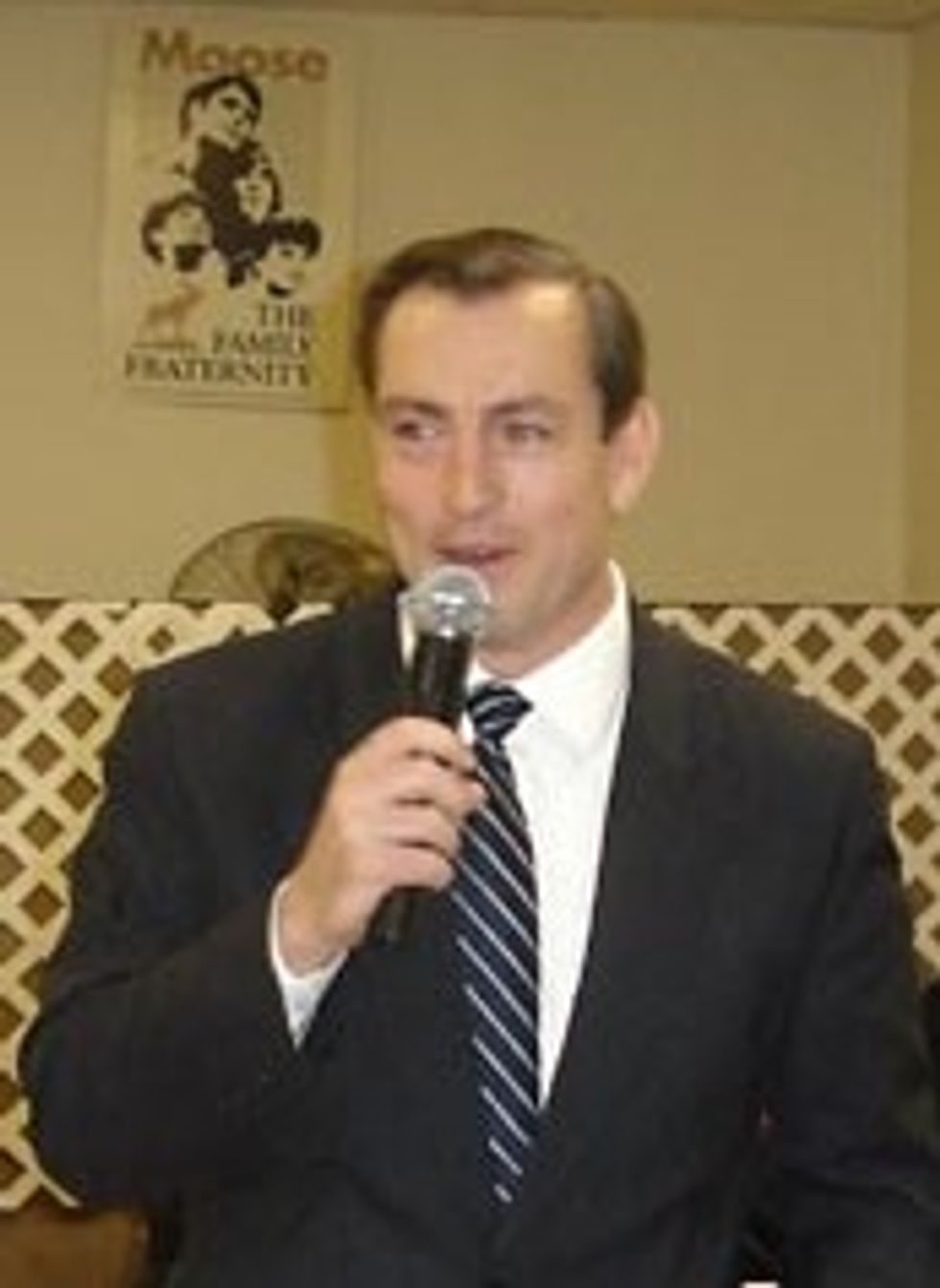 Comical freak/Republican Congressman Vito Fossella saw his whole weird life fall apart on May 1, when he was arrested for drunken driving in Alexandria, which somehow led to the revelation that he had asecret baby-mama, and his actual wife and children back in New York didn't really love that revelation, but being a Republican he just decided to serve out his term in the House, because hey, it's not like he tried to suck off a cop at an airport. (Oh wait, that guy didn't resign, either!)

This is one of those wonderful 2006/2008 GOP stories that will, we hope, be compiled in a giant Children's Treasury Coffee Table Book called The Comically Miserable Death of the Republican Party, by the Editors of Wonkette. Fossella had an utterly safe GOP House seat, representing Staten Island, so of course he needed to have a ridiculous double life and be a terrible quasi-bigamist and a drooling drunkard and also get caught by the cops.

As this cheap tabloid melodrama unfolds, Vito vows to keep his House seat and also to run for re-election forever, and then a few days later he bows out, and hilarity ensues, as they say.

The Democrats can't really figure out if they should even run a candidate, so they argue and a couple of dudes end up running, and meanwhile, on the GOP side, the Staten Island Republican Party endorses this guy Frank Powers, who says he'll spend a half-million of his own fortune on this campaign, but then HE DIES, and also his own son is running against him, as a Libertarian. But the local Libertarian Party won't even endorse Frank Powers Jr. (So Frank Powers Sr. obviously died of shame.) Anyway, some random Democrat won the election, because why not.

Also, Vito will probably go to jail for being so insanely drunk while driving a car to his baby-mama's house. This is why we are writing about him again, today.

Ex-congressman may get jail for drunken driving [WTOP]