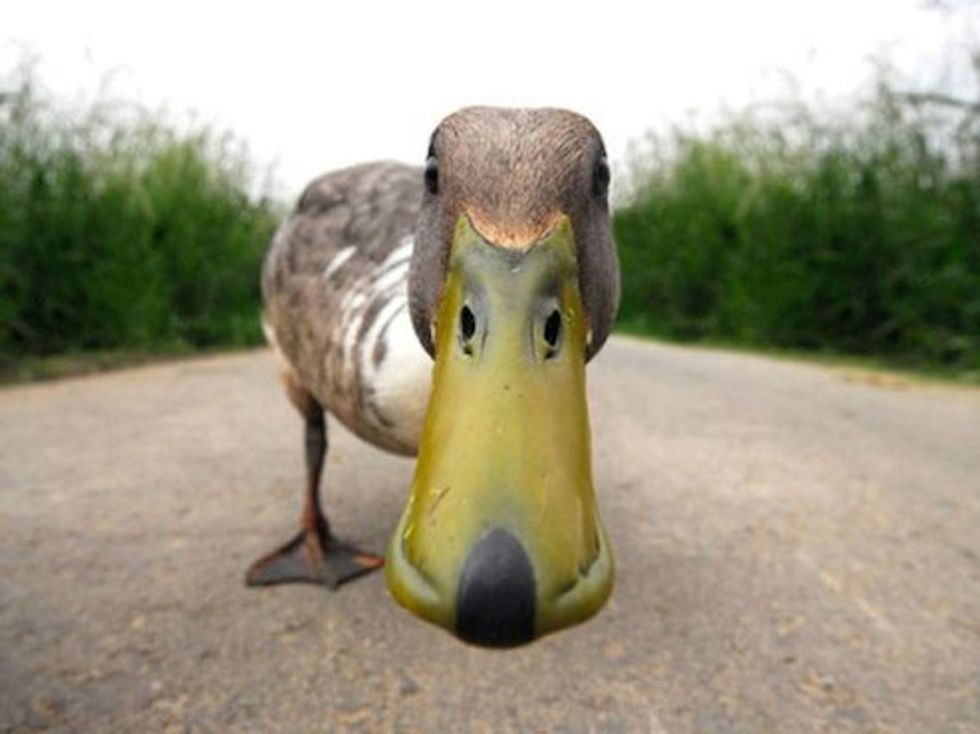 We know everyone is shocked -- SHOCKED -- that a conservative christian reality teevee star thinks that gays are super-icky because who would want buttsechs in the bumbum when the sweet sweet vajayjay is RIGHT THERE for the taking?!? In fact, we know many women who completely agree that the vajayjay is, indeed, rather awesome.

While we have already covered the incoherent ramblings of Quitter Princess Palin, there has been a flood, a deluge if you will, of right wing asshats who have been desperately trying to curry favor with 2016 primary voters protect the free speech of bigots everywhere. Where, oh where, to begin?

First, there was Mr. Duck's home state Governor, Bobby Jindal, the second-worstest Indian-American governor in the country. Despite the racially insensitive nature of the remarks, Jindal decided that 2016 ambitions were more important than calling out racism/bigotry:

“Phil Robertson and his family are great citizens of the State of Louisiana. The politically correct crowd is tolerant of all viewpoints, except those they disagree with... In fact, I remember when TV networks believed in the First Amendment. It is a messed up situation when Miley Cyrus gets a laugh, and Phil Robertson gets suspended "

Hahahahaha, good joke there, future Also-Ran. Has no one explained that the Constitutional Amendments apply to government censoring free speech, and that private corportation-people are allowed to air WHATEVER THE FUCK they want? Phil Robertson can say whatever he pleases, but A&E is under no Constitutional mandate to air viewpoints they disagree with.