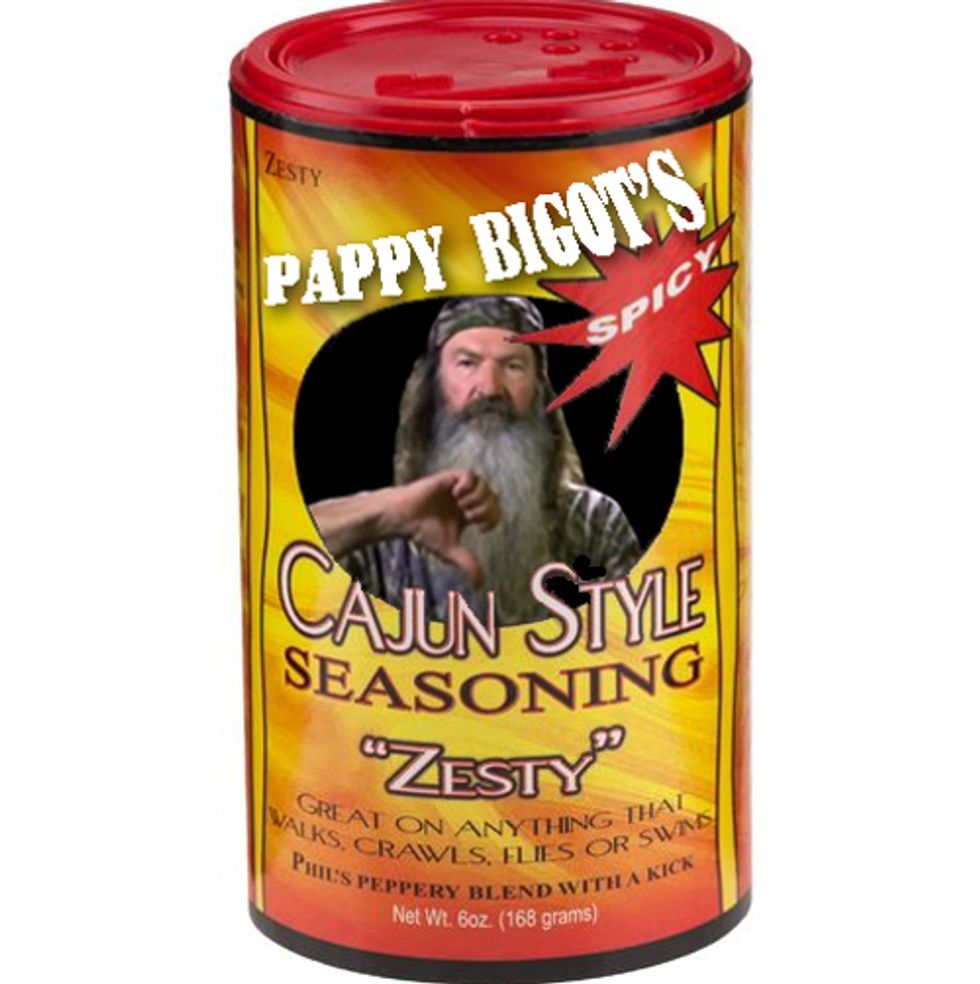 Well looky here. The Duck Dynasty clan has commissioned not one but TWOsignature seasonings to complement the pantries of discerning rednecks everywhere. Iffen you’re cravin’ some Cajun or Blackened rub to put on your hobgoblin-green Walmart meat, it’s probably in aisle nine with the rest of the celebrity merchandise that people buy for laughs (and never actually use).

In what can only be described as a mind-bendingly redundant giant waste of time and money, these fading reality stars are bound and determined to become the next season-salt magnates of the South. One would think some fellers from Louisiana might know a thing or two about regional seasonings, but here’s the deal: The Duck Dynasty product line outsourced their rubs from a family-owned spice packager in Tennessee. Having relatives in both states qualifies me to speculate about the quality of the seasoning, in that people from TN are a very picky lot who are terrified of things like flavors and spiciness. If your duck-call/Christian empire is based in Louisiana and you want to sell Louisiana flavorings, everyone in the room is going to wonder why your own backyard isn’t good enough.

Look: I’ve no doubt the those money grubbers in Tennessee can grind out a functional simulation of Cajun-y goodness, but those fancy-pants Ducks are no Tony Chachere, a real Louisiana-born seasoning magnate. Tony Chachere knew what a damn razor was, AND he never popped off about anyone's butthole. Suck it, Tennessee!

Most reality stars try to sell merchandise while at the brightest and most popular phase of their careers. Not the Duck family, no ma’am. They’re going to sop up every last nickel they can on soon-to-be-discounted fake Cajun-y flavors that are the spitting image of their waning brand. What a bunch of assholes.