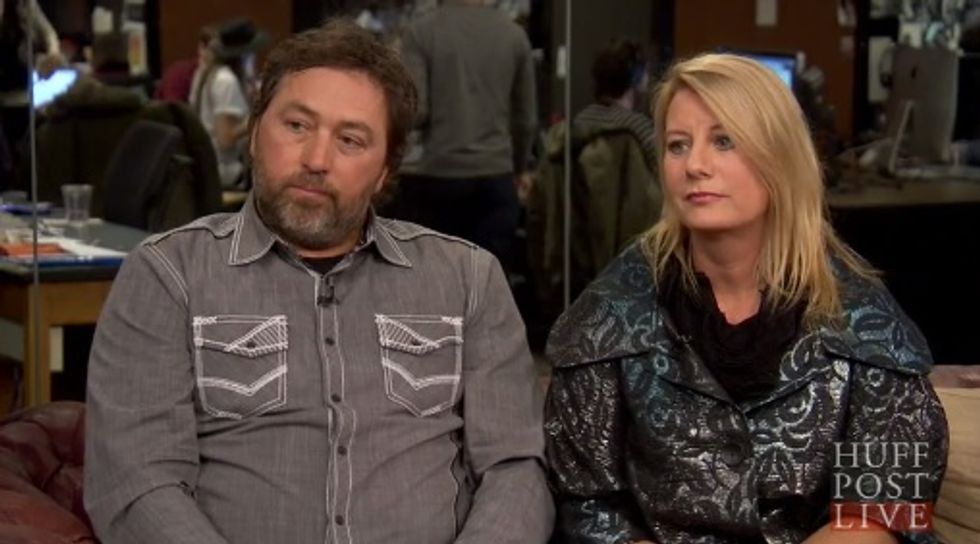 Lisa Robertson -- wife of Al, one of the Duck Dynasty brothers -- is a cheatin’, fetus-killin’ strumpet, as it turns out. And she’s more than willing to tell you about it if you’ll buy her new book or let her on you teevee news program.

As part of her “Brokenness and Redemption” publicity tour (yes, that’s really what it’s called), Lisa is cashing in on her past sins, including an extended affair in 1999 and an abortion at age 16. Appearing on HuffPost Live earlier this week, she expressed deep regret over ending her unintended pregnancy, and added:

"As a Christian, I don't think we should do that. Now, I'm not going to put my belief on you. If that's the way you feel, that's your choice."

When asked if she considers herself “pro-choice,” Lisa said, "Yes, I would."

But now, Lisa’s backtracking (or should I say back-quacking? no, I shouldn’t) on her progressive views. And she picked The 700 Club to repudiate herself, so you know she’s a serious Christian.

“We do have a choice in this world, whether or not we do that or not, but I am totally pro-life, I am pro-God, I am pro-babies, you know? The time of conception is when that life begins, and I believe that we should honor that life. And so, I just kind of got a little mixed up whenever we were talking, but I’m definitely pro-life. But like I said, we all do have a choice as to whether or not we want to go there. And I want people to know that you can be forgiven whenever you’ve done those things in your past.”

So there you go. Totally pro-babies. Good to know.

Except, while she definitely said she’s anti-abortion personally, I didn’t hear her say that it should be illegal, did you?