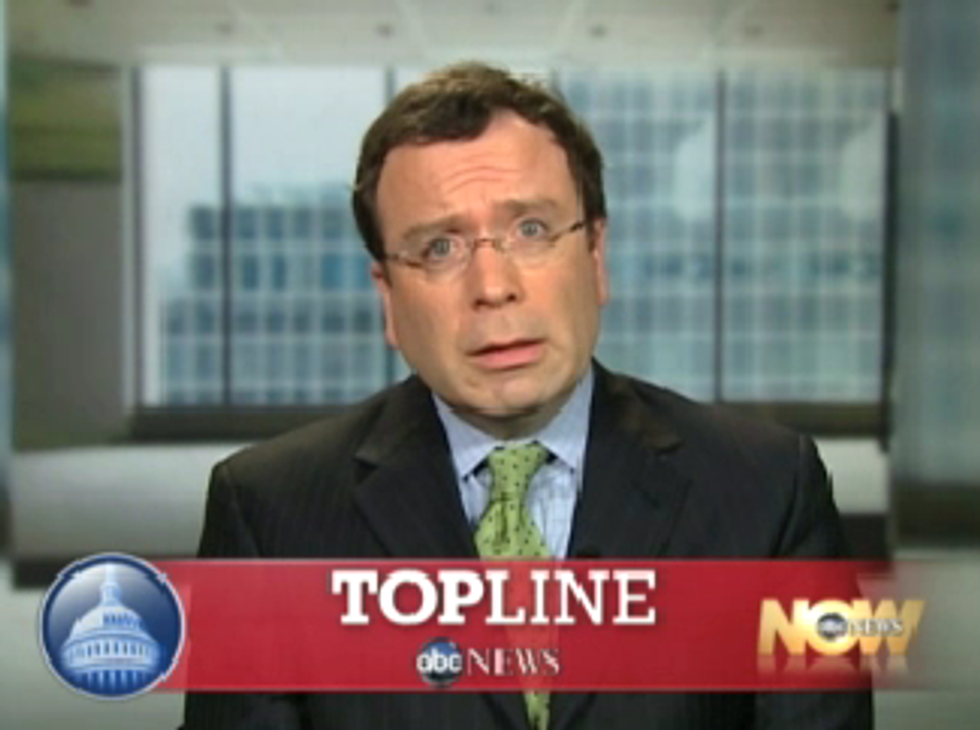 Dana Milbank has declared that he will not talk about Sarah Palin in February, in order to get media attention. It's working! Until heposted this yesterday: "I survived Day One of my February Sarah Palin moratorium, defeating the evil plans of ABC News's Rick Klein. Only 27 days to go..." Yeah, that's him mentioning Sarah Palin. But wait! Update! "The sentence as written above was posted by an editor, not Dana. So Dana's moratorium remains intact." However, this post still says "By Dana Milbank" at top and bottom. So are all of Dana Milbank's columns written by "an editor," or just this one? And why can't the Washington Post's awful Geocities-meets-Soviet-Russia website just change the author on this post?

Anyway, Milbank spends his whole time on this "Web show" referring to Sarah Palin, though he never says the word "Sarah," just "Palin." He is very playful, you see! So Milbank is talking about Palin more than ever, on as many media outlets as he can, although now he is being cute about it.

We see. Somebody alert the Air Force. We're going to need to drop a whole cargo plane full of Pulitzers on this man STAT. [WP via Outside the Beltway]