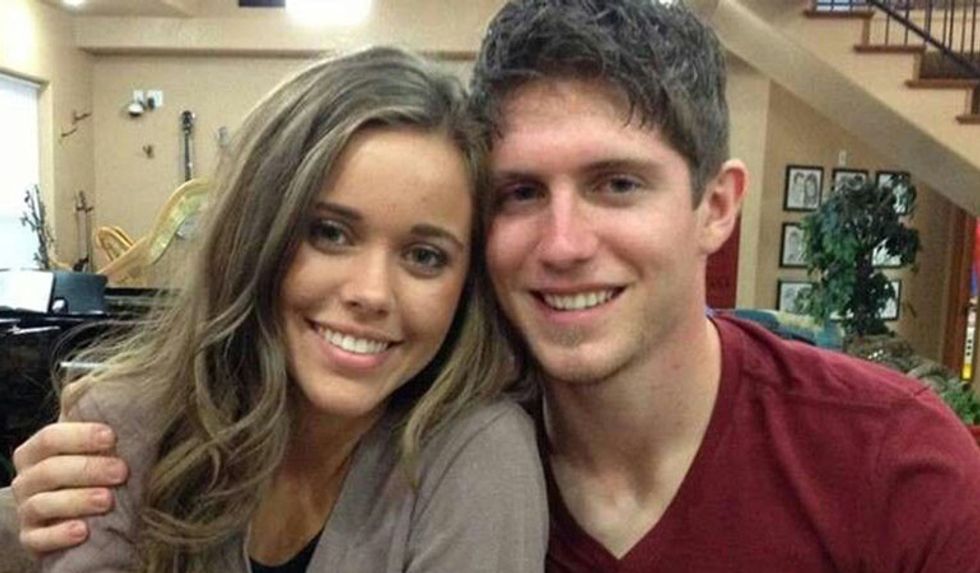 There is something in Texas called the Institute for Creation Research, and one of the reality-TV-for-Christ girl Duggars took a field trip to it, with her husband. This is the same Duggar who field tripped to the Holocaust Memorial Museum in DC, where she learned that Charles Darwin did the Holocaust with his just-a-theory of evolution, so abortions are bad. (Homeschooling for the win!)

Duggar-in-law Ben Seewald and his little lady Jessa went and got themselves edumacated on the "scientific" "evidence" that the Bible is real -- LITERALLY real, and literally literal, according to the "research" "institute" and its leader, Dr. Jason Lisle, apparently the foremost expert on saying THE BIBLE IS REAL!

Ben interviewed this expert, and Jessa shared it on her FaceTube, we guess because now that she's married, Ben can be in charge of doing all the talking and learning and thinking for her. What a relief!

Wanna know what the Duggars learned on their latest learnin' excursion? Shut up, you're going to hear about it anyway, but yes, we can drink all the booze when we're done. Teach us some shit, Dr. Lisle:

The evidence of God is ubiquitous, it's everywhere. And in fact, Romans I tells us that God has revealed himself to everyone. And what that means is there really is no such thing as an atheist. There are those people who profess to be atheists, but in their heart of hearts, they know that there's God because God has revealed himself to everyone. He's hardwired us to know that he exists. And he's hardwired us in such a way that when we look into the universe, we immediately recognize it's the handiwork of God. And not just a god, the God. We recognize God.

So I don't really have to give new evidence to a professing atheist. All I have to do is expose his suppressed knowledge of God, because you see, in Romans I again, it tells us that the reason that unbelievers profess, you know, they say there's no God, et cetera et cetera, it's not because they don't know Him, it's because they're suppressing the truth in unrighteousness. The Bible says.

Anyway, that should clear everything up about creation, evolution, the Bible, and the non-existence of atheists. But do be sure to stop by the Institute next time you're in Texas if you have any more questions, because surely Dr. Lisle will be happy to not explain it to you further, because he doesn't have to, THE BIBLE SAYS. Also, he has written many "books," including one called Taking Back Astronomy, good fucking god, and you can probably buy all of them at the Institute, and Ben Duggar-Seewald-Whatever says you should buy them books, uh huh, because then you'llpt  learn stuff too.

We hope the next Duggar field trip is to a bird refuge, where they can look at some storks and learn how babbies are formed.

And yes, we can all have that drink now.