Dumb Libtards To Host Own Glenn Beck Rally This Weekend 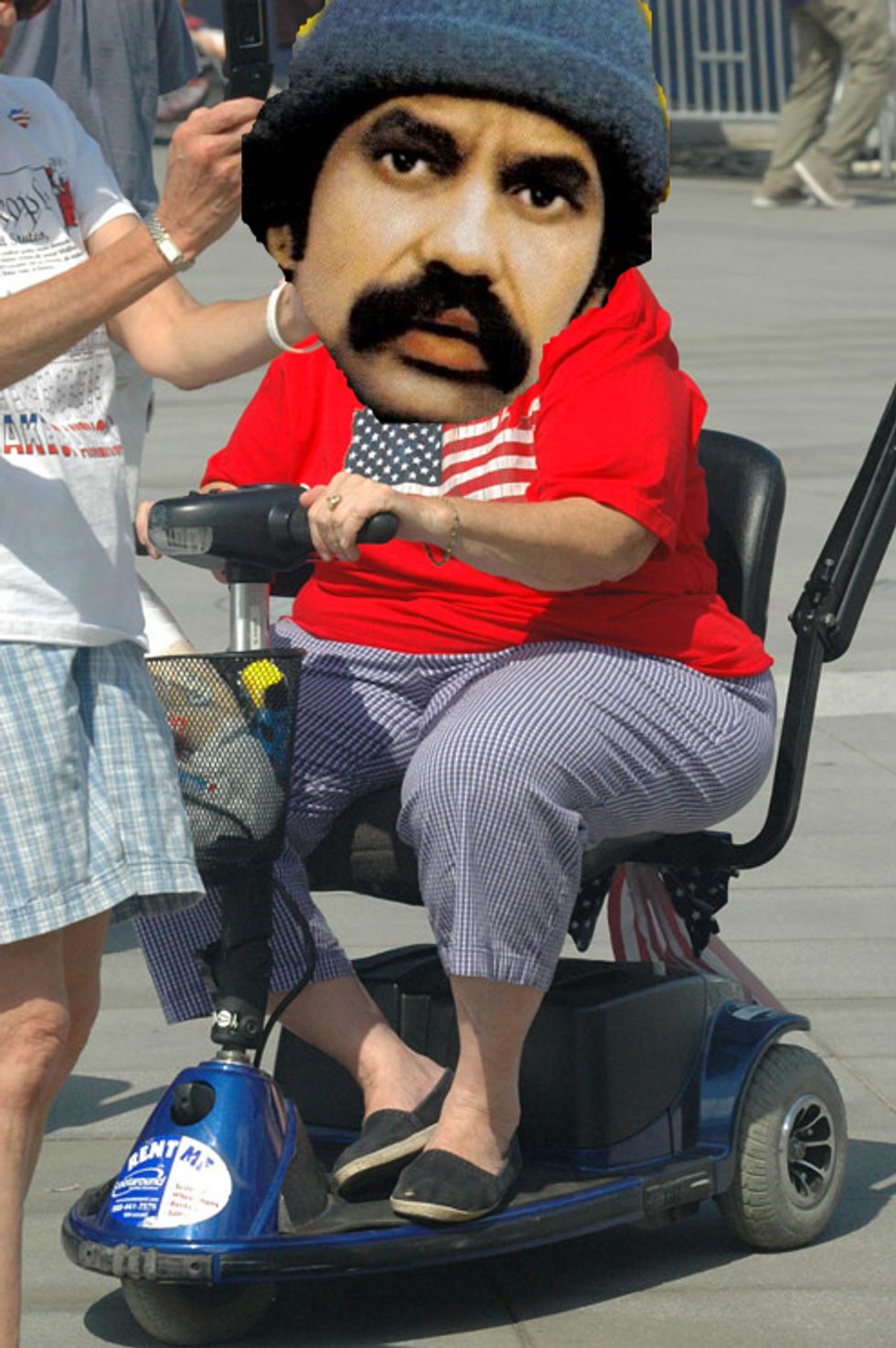 The most important thing concerning liberals is no longer getting their party -- which actually controls the legislative and executive branches -- to pass liberal laws; it is to spend all their time criticizing teevee people who just want to make money off of the stupidity of conservatives. Thus, liberal groups arecoming together this weekend to descend on the National Mall to "stick it" to Glenn Beck or something. But of course this will just be disorganized and dumb and sad.

"The Tea Party has been getting much more media attention than it deserves, and it's been saying it represents the voice of middle-class America," said George Gresham, president of 1199 S.E.I.U., a New York health care union local, who says his union has chartered 500 buses to carry 25,000 union members to the rally.

Yeah, no, it hasn't said that. It's saying it represents the voice of fat ghosts from the late 18th century who had The American Dream, which was to invent the scooter. Remember a time when liberals had their own ideas and didn't just concentrate on trying to one-up these idiots on their own dumb terms? Liberals are literally in power right now and allowed to do something about their own ideas. But no, it's probably more important to dress up in old-timey costumes and march around like those idiots.

The march's supporters say that they, and not Mr. Beck, are the true descendants of the 1963 March on Washington, where the Rev. Dr. Martin Luther King Jr. gave his "I Have a Dream" speech.

And so they are not holding it on the same day, but rather weeks later, on a meaningless date? MAKES SENSE. That's what Martin Luther King, Jr. would have done.

Mr. Jealous and Mr. Gresham, the two men who originally proposed the march, say they hope it will be larger than Mr. Beck's rally. "We believe that our satellite photos will stack up nicely to his satellite photos," Mr. Jealous said.

Organizers of the rally say their demonstration complements, rather than competes with, the Rally to Restore Sanity that the host of "The Daily Show," Jon Stewart, has announced for Washington on Oct. 30.

Because the latter one may actually be entertaining? [NYT]