Dumb Tennessee Republicans Have New Plan To Ban Gay Marriage. It Is A Stupid Plan. 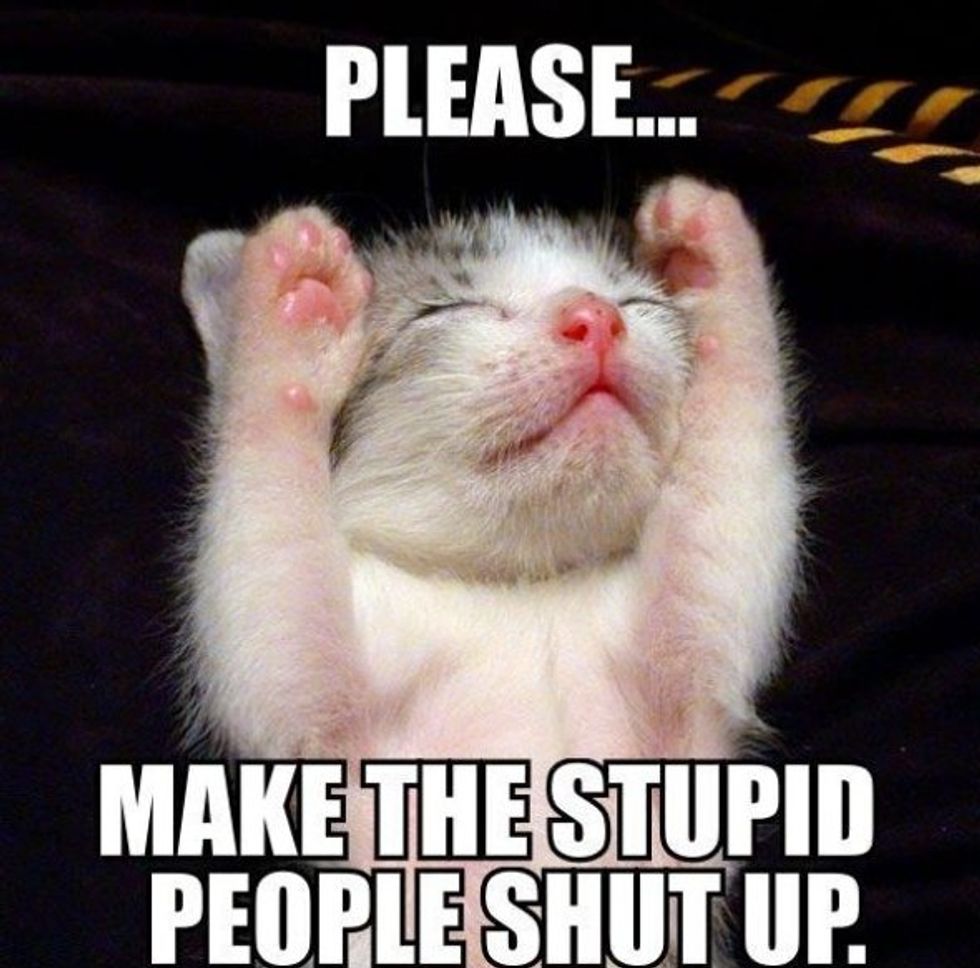 Oh, Tennessee. You are such a pretty state, and yet you house some of the biggest A Idiots ever to have been whelped onto American soil. So these two Tennessee lawmakers, state Sen. Mae Beavers (it's a perfectly nice name, stop laughing!) and state Rep. Mark Pody, have a idea inside their brains for how to get rid of all the gay marriage, and it is a stupid, bad idea. It also won't work, but shhhhhh, those are details we can work out later:

On Thursday two state Republican lawmakers unveiled their answer: a bill that they believe voids the Supreme Court decision and continues to define marriage under Tennessee law as a union between a man and a woman.

"Natural marriage between one (1) man and one (1) woman as recognized by the people of Tennessee remains the law in Tennessee, regardless of any court decision to the contrary," the bill states.

"Any court decision purporting to strike down natural marriage, including (a recent U.S. Supreme Court decision), is unauthoritative, void, and of no effect."

Stop laughing, these dicksnots are FOR SERIOUS. Perhaps they never studied civics and thus have no clue that, yes, Supreme Court decisions are, AHEM, "supreme." That would include the court's 2013 decision that the federal Defense of Marriage Act is null and void and sooooooo the ’90s, so a state's attempt to legislate its own defense of marriage act would also therefore be unconstitutional and NOPE. Perhaps they've been staying up past their bedtimes and mainlining Tenther bullshit on the internet when their moms weren't looking.

"Whereas, unlawful orders, no matter their source — whether from a military commander, a federal judge, or the United States Supreme Court — are and remain unlawful, and should be resisted."

Uh huh. Because remember how Huckabee is running around saying the Supreme Court's marriage decision doesn't count, because he thinks Jesus doesn't like it? It's pathetic, but these are the last gasps of rabid, yapping dogs, and sometimes you just have to let them bark it out until the fever finally takes them.

Could this bill actually stop marriage equality in Tennessee? Ahem, no, because Supreme Court decisions are for real. But these idiots could drag Tennessee into a big long LOSING court battle, wasting everybody's taxpayer moneys and time, and all because Sen. Beavers and Rep. Pody have a butthurt in their bathing suit areas.

What's odd is that they're not doing this in response to some sort of outcry from county clerks or anything like that. Tennessee isn't burning heretics at the stake like Kentucky's doing with Kim Davis (LOL), because as The Tennessean points out, all county clerks in the state are Doing The Gay, and they seem to be liking it. Oh, there was that one county clerk's office what had a collective temper tantrum after the Supreme Court's decision came down, but at least all the employees at that office were grown-up enough to just resign and create jobs for people eager to have them. The Republican governor of Tennessee, Bill Haslam, may not be happy about the Supreme Court ruling, but he's following it, due to perhaps he is an adult, maybe.

Anyway, this should be fun, in part simply because Mae Beavers is a supremely stupid woman. In 2011, she submitted a bill that would require all presidential candidates to submit a "long form birth certificate" in order to be eligible, though she admitted she had no fucking idea what a "long form birth certificate" was. Yr Wonkette has never covered Rep. Pody, her current Partner In Derp, but we'll assume he's just as S-M-R-T as Ms. Mae.

Hopefully, when Tennessee legislators come back to work in January, they'll see this D.O.A. bill for what it is and ignore it. Haha, just kidding, they are dumber than a bumblebee trying to fuck a picture window. Enjoy your upcoming court battles, Tennessee!