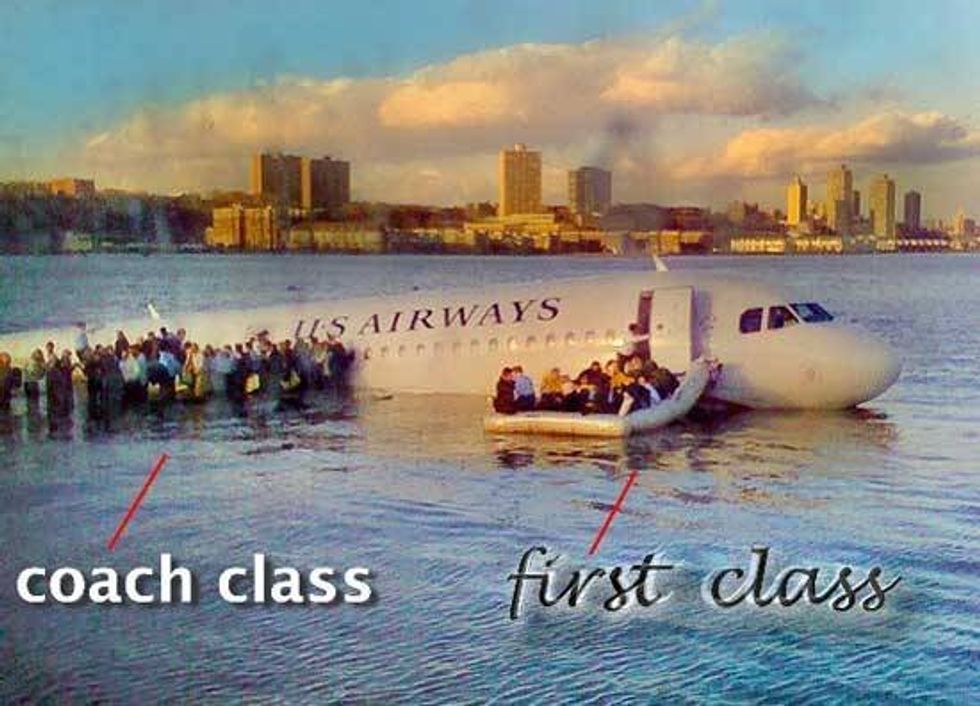 As we continue to sift through the fallout from the 21-hour blather-fest-drone-strike on the impending Obamacare of doom by Texas Senator Ted Cruz this week, interesting shards of shrapnel are starting to emerge. Take for example, this bit of back and forth between master debater Cruz and Senator Dick Durbin of Illinois, when Durbin busted into Cruz' monologue with a little story time of his own.

It seems that Dick likes to go to some motel in southern Illinois a lot, and why he goes there all the time is none of anyone's business. But at any (hourly?) rate, Senator Durbin is on a first name basis with a 62-year-old maid called Judy who works at the motel. Judy is poor, because, motel maid. And she has no insurance, and diabetes, and never sees a doctor because poor motel maids with diabetes do not see doctors. But now, since Obamacare has expanded what Medicaid can do for the poorest of the poor - even working full time poorest poor - Judy now qualifies, so thank goodness she is so poor.

Judy is a housekeeper at a motel that I often go to, and we've become friends. Judy has worked her whole life in manual labor. She's been everything you can imagine -- cook, a waitress, housekeeper, all of these thing. She's 62 years old.

But the good news for Judy is that her income is so low that she now qualifies for Medicaid for the first time in her life.

Sen. Cruz responded, You tell the story of Judy. The best way for Judy or for anyone to have health insurance is to have an economy that is booming where people can get jobs and have opportunities.

You hear that Judy? Dick Durbin is glad you are so poor that now Medicaid will pay for you. But Ted Cruz thinks it is the terrible economy that is holding Judy back, because if it was better, then there would be opportunities for Judy, the motel would pay her lots and lots of money, but not because we raise the minimum wage, and then she could buy any old insurance she would like. Because no one has a better chance of bootstrapping her way to wealth than a 62 year old motel maid who has done only manual labor all her life and now has diabetes.

Just ask anyone who works at Wal-Mart how great it is when the company they work for has profits in the billions and the workers get whatever the owners of the company decide to give them, instead of some meddlesome government program interferingly shoving some modicum of healthcare down their throats.

But Ted's got a plan:

Cruz said he supports health care reform that increases competition, increases free market alternatives, and lowers the rate of health insurance that is available to people by allowing interstate competition and creating a national marketplace.

Wait, so Ted Cruz is for Obamacare? Probably, why not.

The two Senators picked up their discussion of Judy on Wednesday, and after staying up all night on the Senate floor, Ted Cruz had gotten weird and Dick Durbin got metaphorical. Ted told Dick that Judy's future Obamacare Medcaid plan will suck because she could only see certain doctors. And we do not mean to be dicks our ownselves here, but that is what our top dollar privitatized Blue Cross Blue Shield plan does too? Gives us a list of "in network" doctors that take our kind of insurance money?

The two Senators then went on to compare Judy's plight as a poor working Medicaid motel maid to a passanger on an airplane. Dick Durbin said something about how she might not be in first class, but hey she's at least in the plane, humping that Medicaid coach. And Ted Cruz said if only we removed the jack-boot of government regulation from the throat of the businesses and cut the job-creators taxes to zero, then everyone would get to be like a member of Congress and fly first class health insurance, or something.

It had been a very long night. And this is why we can't have nice things, but we can have all the stupid ineffective conversations two politicians with first class insurance can come up with in 21 hours.