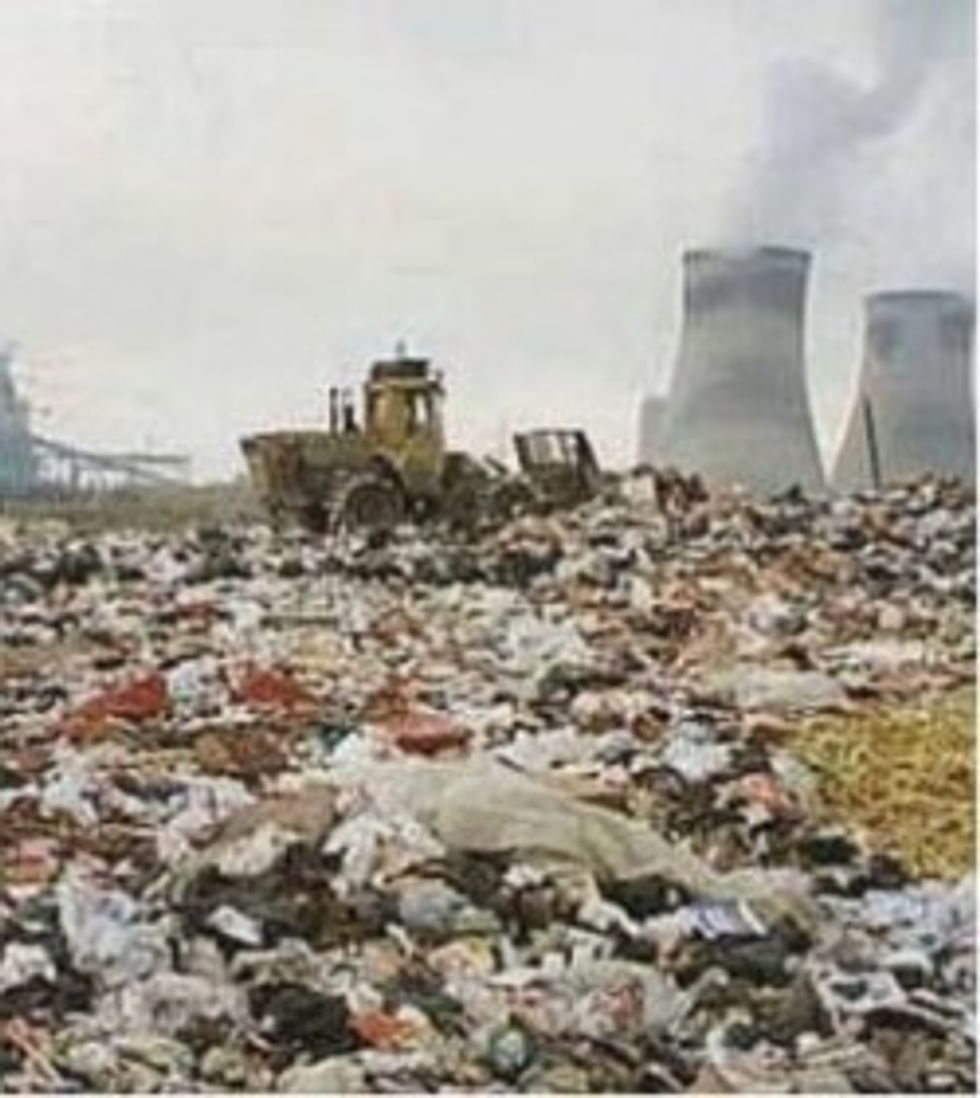 "Foamed polystyrene" is a miraculous invention that manages to be completely awful through every step of its near-eternal "life cycle" -- it is manufactured with petroleum that must be imported from Middle East dictatorships, toxic "styrene oligomers" migrate into the food it holds, it's highly flammable and produces black poisonous smoke, and most of the25 billion polystyrene cups tossed every year will take more than half a millennium to degrade. And that's why the Republican-led House of Representatives made it an immediate priority to cancel the House cafeteria's four years of biodegradable food and beverage packaging. It's part of the GOP leadership's "return to the mid-1990s" program. Nancy Pelosi sure was a yucky woman trying to do some sane environmentally-minded things, wasn't she? Thank the American Jesus that woman is no longer in charge of anything. A disgusted House staffer has shared the following eyewitness report with your Wonkette.

Today the House cafeteria switched all the containers back from compostable and/or recyclable containers to styrofoam as another spit in the eye. This shit can’t be recycled, we are basically forced to throw Styrofoam in a landfill if we want to eat in the cafeteria.

Somehow this bothers me more than the EERE cuts.

Yeah, but the composting program cost money, and anything that costs money is very, very anti-American! Because money turns people into socialists and enviro-nazis or something. Also, the Koch Brothers say global warming is a Hoax! (Did you know the Koch Brothers literally bought an exhibit in the Smithsonian so they could make it say catastrophic climate change is just a happy part of every life here on Earth? It's true! And it's at the National Museum of Natural History, today! Kids, stop worrying! Another species might replace you in 165 million years! (Maybe a smarter species?)

It is morally okay to litter this Koch exhibit at the National Museum of Natural History with greasy styrofoam containers from the House cafeteria.

Anyway, more than a hundred American cities and counties have banned polystyrene food packaging -- that means, "It's illegal to use polystyrene food packaging," because that is what people with brains do when they've recognized a problem, such as "the oceans are filled with bits of styrofoam coffee cups, forever." And now the U.S. Capitol has proudly stepped back in time so that the fat-ass corrupt corporate lackeys of the Koch Brothers can report back to their masters that they really showed those treehuggers this time. [Washington Post]

It is also morally okay to pile up greasy styrofoam containers and coffee cups at the door of Boehner's offices. Please send us pictures when you chuck your anusburger plate into the speaker's lobby!