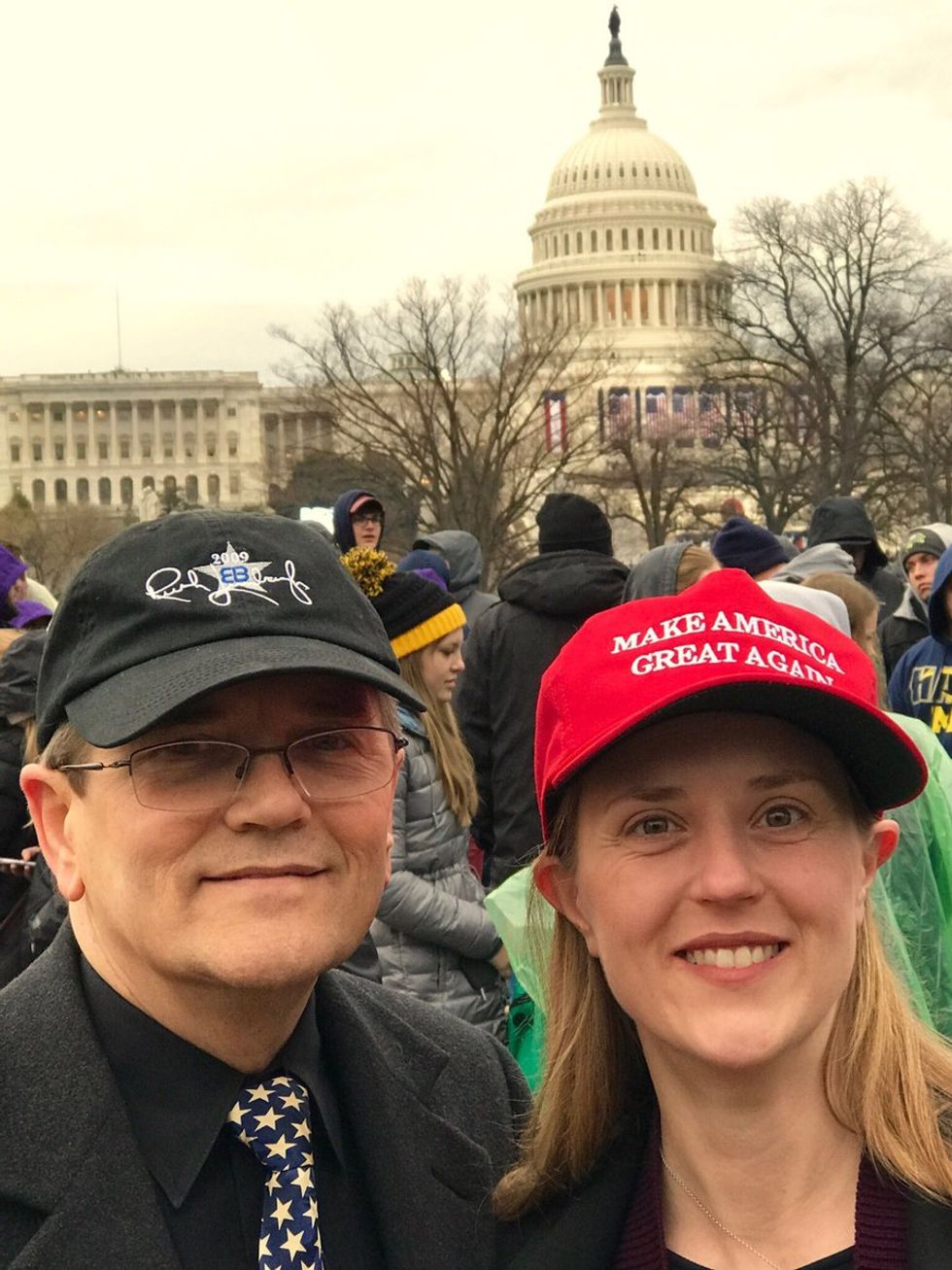 Hide your kids, hide your wife.

WONKETTE EDUCATION POP QUIZ: What's just as unqualified as Education Secretary Betsy DeVos, but seems quite a bit more racist? The answer is "Candice Jackson," and she is the white lady DeVos has picked to head the Office of Civil Rights over at the Department of Education, at least until DeVos selects a formal nominee for the role. Once DeVos does that, Jackson will be deputy assistant secretary in that office.

Now, ProPublica reports that we can't be sure how terrible Jackson will be, because she doesn't have any relevant experience in civil rights law, but we can guess how hard she will work to protect America's forgotten race AKA white people, by looking at her past:

The new acting head of the U.S. Department of Education’s Office for Civil Rights once complained that she experienced discrimination because she is white.

Well, we're off to a good start, aren't we? According to Jackson, when she was at Stanford, she was really shitty at calculus, so she tried to get help, but unfortunately Stanford was like "Heck no whitey, no help for you! This is for the minorities, whom we adore, unlike you, big dumb cracker, whom we hate." And she never did calculus again, we guess. Actually, it was a specific program that was specifically for minority students, and she wrote about it in the Stanford Review:

“I am especially disappointed that the University encourages these and other discriminatory programs,” she wrote in the Stanford Review. “We need to allow each person to define his or her own achievements instead of assuming competence or incompetence based on race.”

ProPublica explains that the Education Department's Office of Civil Rights is "responsible for protecting students from racial, gender, disability and age discrimination," and that it really grew during the Obama years. We're sure Jackson will work very hard to keep all that going, since when she was a senior in college, she wrote another thingie about how affirmative action is just the WORST. She was probably remembering all her still-unsolved calculus equations, and seething while she watched all the smug minorities walking around campus with that "I can do math" look on their faces:

Know what else really got Jackson going back in those days? Ladies! Pffffft, ladies, are they not the dumbest with their feminism malarkey? Do they not realize that TRUE equality for women comes from being a wingnut who doesn't believe sexism exists?

In another article Jackson penned for the Review during her senior year, entitled “How I Survived Stanford Without Entering the Women’s Center,” she condemned feminism on campus.

“In today’s society, women have the same opportunities as men to advance their careers, raise families, and pursue their personal goals,” she wrote. “College women who insist on banding together by gender to fight for their rights are moving backwards, not forwards.”

ProPublica quotes one of her old pals at the Stanford Review, who says don't worry, Jackson is totally pro-woman, and reminds us that when she was in college, back in the '90s, "feminist culture" was totally different. We are guessing Jackson did not go to the Lilith Fair even one time.

Apparently after college, Jackson became a libertarian, and worked in a think tank editing the works of an extremist named Murray Rothbard, whose driving force in life was that kids shouldn't be required to go to school. Again, we don't know FOR CERTAIN if Jackson believes all these things now, but we're not hopeful she's a good fit for the DEPARTMENT OF EDUCATION.

Jackson likes long walks on the beach, Make America Great Again fashion accessories, and also she was the person who arranged the stunt Donald Trump pulled at the first presidential debate, where the campaign invited all the ladies who had ever accused Bill Clinton of a sex crime, in an effort to intimidate Hillary Clinton. (Hillary Clinton was not intimidated.) She was perfect for this job, because she literally wrote the book on those women:

For the better part of the past year, Jackson spent a considerable amount of time criticizing how Hillary Clinton allegedly intimidated the women who accused Bill Clinton of sexual impropriety and rape. Jackson wrote a book in 2005, Their Lives: The Women Targeted by the Clinton Machine, that detailed sexual misconduct accusations against Bill Clinton.

Jackson even started a nonprofit to help victims of powerful men like Bill Clinton and Donald Trump. FOOLED YOU, JUST KIDDING, the thing she founded, called Their Lives Foundation, is devoted to helping lady victims of Hillary Clinton and other gross witch harpies like Hillary Clinton. As for gropey Donald Trump's many accusers, Jackson's official stance is BITCHES BE LYIN':

The accusers were lying “for political gain,” Jackson wrote on Facebook, and “evidence is piling up that shows these recent accusers against Trump are, frankly, fake victims.

Finally, Jackson is a songstress (pfffffft, she didn't even NEED Lilith Fair). She wrote a "Christian country song" with her brother and her dad, an aspiring country singer named Ricky Lee Jackson, called "Freedom, Family and Faith." It is about how freedom and family and faith are good things, whereas Big Brother and bailouts are bad. It is the best song ever written, according to our calculus calculations, which Candice Jackson is unable to do, because minorities fucked her right out of learning how to do them. It is such a good song that Daddy Jackson performed it live on "Fox & Friends," which is a musical show sort of like "Austin City Limits," except different:

Anyway, aren't you excited about Candice Jackson being a part of your child's education? Yes you are, because the Trump administration only picks the best people.

Wonkette is fully funded by you! If you liked this post, click below, for to fund us!