Edward Snowden, We Need To Talk 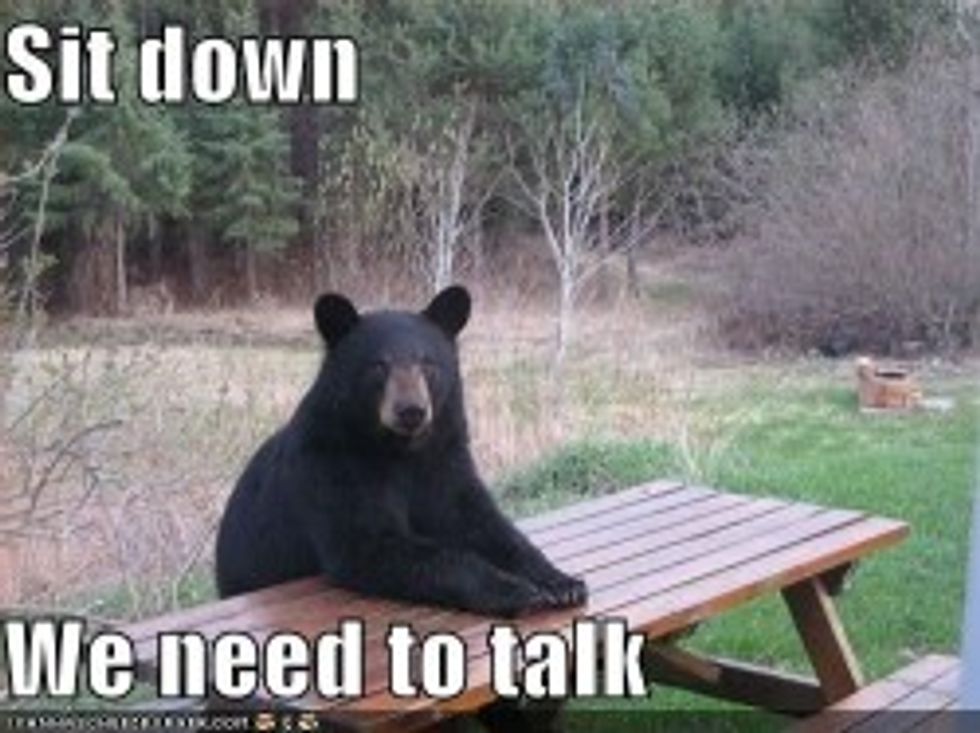 First things first: Thank you, Edward Snowden. You made a few more people care that we pawned away some valuable shit that might be tough to get back. (There was some panic buying on Feeling Safer, can you blame us?) Now, maybe our rights, our privacy, and the abuse of secrecy will become, gasp, issues debated in Congress. Anything's possible!

Now then: Fuck you, Edward Snowden, ur doing it wrong. Yr Wonkette can think of between several and a lot of ways you could have revealed how the NSA is involved in some stuff that all citizens deserve to be informed about, but are not. For example: If we were you, we would have left out your latest "revelation" about how the US is doing spy things in China (cyberly) to gain "access to the communications of hundreds of thousands of computers."

Because seriously Edward Snowden, were you born yesterday? Of what possible use is this information to the civil libertarians you have so righteously stoked, especially considering that "we spy on China" is the most laughable corruption of the word "secret" we can think of this instant? It's even less surprising than "The NSA is playing Hungry Hungry Hippos with all the electronic metadata."

Maybe you think this spying is like, an "act of war" or something, and the People must be Informed! If so, are you not aware of history stuff, like the Cold War? If spying is genuinely an act of war, your dad's testicles would have been too irradiated to have spermed you. Or maybe you love the Chinese model of civil society, minority rights, and free speech, and you wanted to help them out. Or maybe you just think spying is wrong, and we should stop it this instant, or spying should somehow not be secret? It's unclear! Point is, all you're doing now is pointlessly pissing off The Middle, which is Bad For The Cause. Get it?

And we are not even going to give serious consideration to the speculation that you said all that so China will be nice to you. We'd like to hope that you're not that naïve, but, oh wait, never mind, it looks like you are exactly that naïve. Frankly, we'd like you to be a whole nother person who is unambiguously a Civil Liberties hero, but that would be naïve of us, wouldn't it? About as naïve as continuing to hope that the national conversation will be more about secrecy and security, and not about whether we like Edward Snowden.

Finally, and this is just a personal style thing, we would not have been all "I am Edward Snowden, Saviour of the Republic, behold my seekrits!" It makes you look like a dick. Doubly so if you really didn't prepare your girlfriend for what you were planning, which you can bet is being investigated... hard.