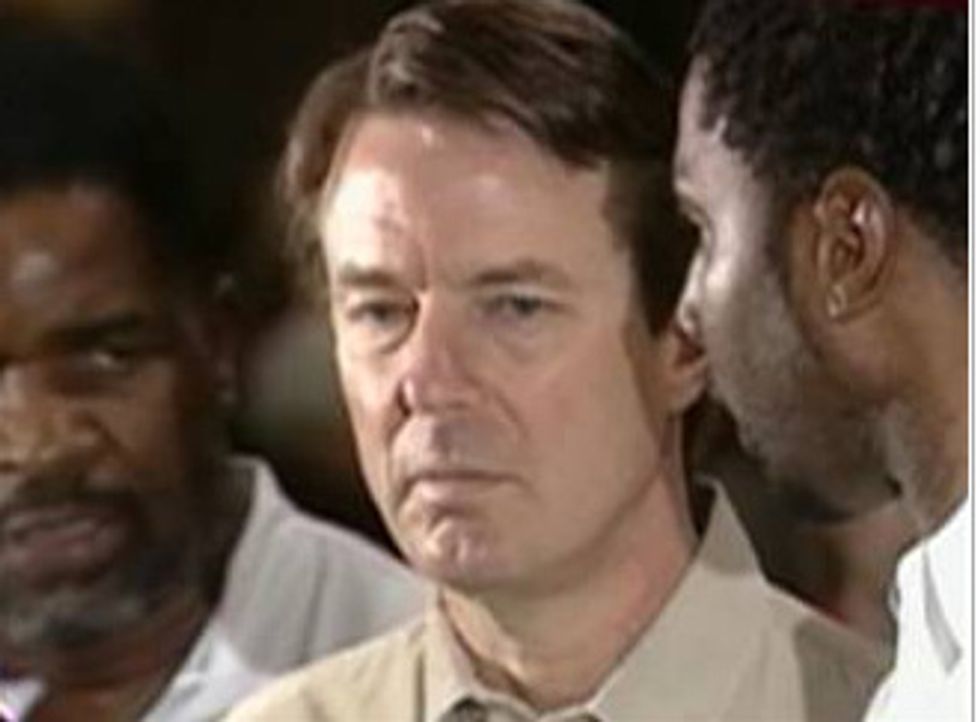 Soit turns out that some top-level Edwards staffers (JOE TRIPPI???) were prepared to go public with news about their boss's affair if it looked like he was in danger of actually winning the Democratic nomination. Thus: nobody ever had to worry about him ruining the party, because his own double-crossing employees would have ratted him out first.

Of course, if those staffers had told the nation in, say, December that Edwards was a reptilian hornbot with an inexplicable yen for fortysomething videographers, then all the Edwards-inclined Bitters who were determined not to vote for that street organizing muslin Obama would have thrown their support behind Hillary Clinton. She might very well have won Iowa and had an even huger victory in New Hampshire and then who-all knows what else...

The point is, the whole election pretty much depended on Edwards aides keeping their lips zipped forever, which they did, which is why Hillary Clinton is at this very moment constructing a swine-flu bomb for Joe Trippi.

Report: John Edwards' aides had plotted to sabotage his campaign over affair [Top of the Ticket]