Edwards Wanted To Be Supreme Court Justice, Was Insulted By Rich Dowager 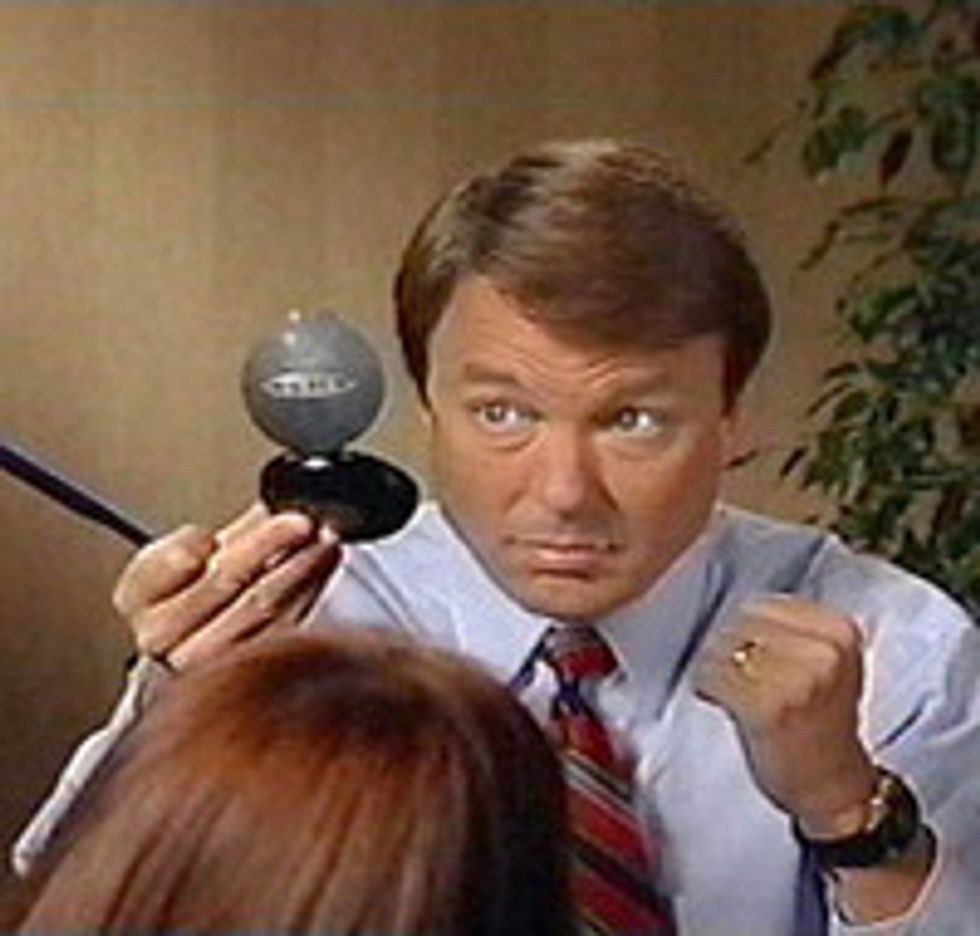 You know what the difference is between America's elite, the 1 percenters and the fast-rising politicians, and slobs like you? Planning. Like, you, for instance, have no plans for the day, and are trying to relieve the ennui by reading a blog about dick jokes and politics, and maybe later you'll try masturbating or something, and then after that you'll probably cry spontaneously, in public, which will be embarrassing, because you didn't plan some solitary cry-time. But John Edwards! John Edwards had it all planned out! First he was going to be president, then vice president, then president again -- we all knew that! But fun under-oath testimony this week revealed that then he planned to be vice president again, and when that didn't work out, decided he'd be Attorney General for a bit and then move on over to the Supreme Court, where he'd have a cool job for life. And it all would have worked if his crazy slut of a mistress had only planned to not have his child! (Oh, he also called his mistress a "crazy slut," by the way).

Talking Post Memo was nice (masochistic?) enough to come up with a master list of all the fun facts that came out during Edwards's trial this week, but definitely the best one was Handsome Johnny's delusions of being a party power broker, and also that he would be going to strip clubs with Clarence Thomas some day, when they worked together.

Campaign adviser Leo Hindery testified that after it became clear that Edwards would not win the 2008 presidential nomination, the candidate asked him to contact Barack Obama and Hillary Clinton to 'make clear his availability on the ticket.'

Edwards would trade his endorsement to be one of their running mates.

The idea went over like a lead balloon, but Edwards still clung to his delusions of grandeur. 'If he couldn’t be vice president,' Hindery said Edwards believed 'he could be attorney general.'

That would just be a stepping stone, however. 'We talked about a more elaborate long-term goal of Mr. Edwards, which was to be a Supreme Court justice,' Hindery said.

Sure, that seems like a thing that would have totally happened! All thanks to planning. See, when you're the sort of person who makes these long-term strategic plans, it can be sometimes difficult to focus on your immediate problems. Like, Edwards was probably so focused on visualizing how America in 2050 would look back on his amazing political career and view him as a new generation of Founding Father that he totally forgot that it would be a bad idea to cheat on his wildly popular cancer-stricken wife and that maybe he should take some birth control measures if he did.

The sickest burn of the trial so far came from centenarian socialite Bunny Mellon, who was writing six-digit checks for the care and feeding of Rielle Hunter, with the money funneled through Bryan Huffman, an amiable Charlotte interior designer whom Bunny liked to chat with on the phone.

On Friday [Huffman] testified about how Mellon reacted after learning some of her money had gone to the cover up. He said Mellon was not one to judge someone for having an extramarital affair. Her relationship with her first husband overlapped with that of her second.

But, Huffman said, Mellon had an opinion about how her money was spent.

"She thought maybe you should probably pay for your girlfriend yourself," Huffman replied.

Anyway, John Edwards will hopefully go to jail soon and then nobody will have to think about him again, the end. [TPM/NYDN/USAT]