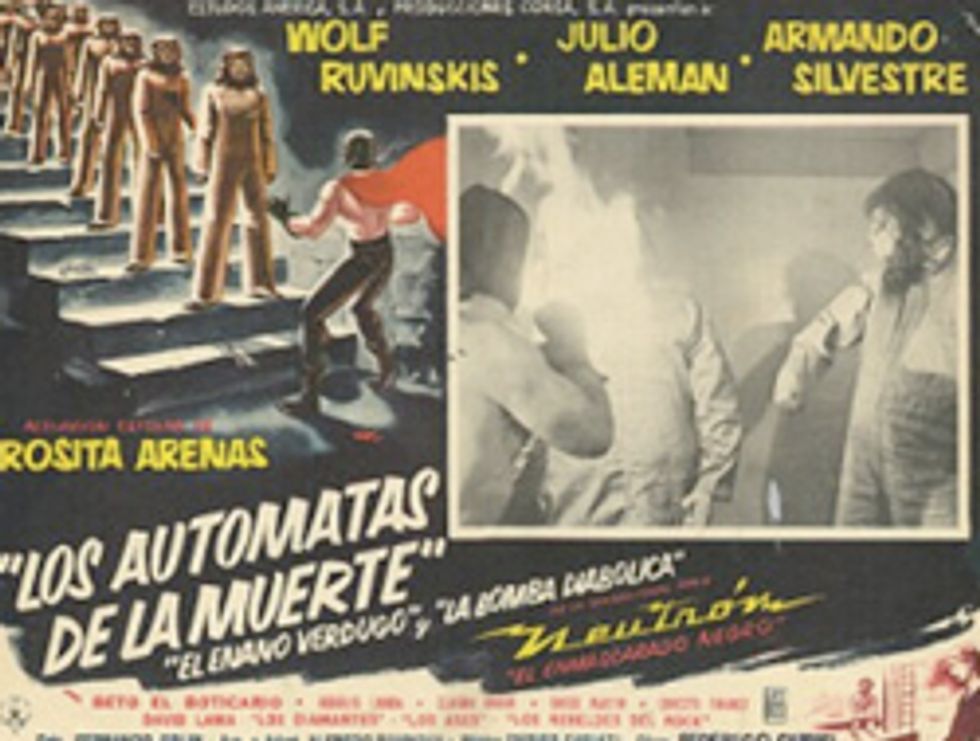 Filthy cock jackal Eliot Spitzer has writtenanother one of those columns for the online Slate magazine, and he's already mastering the "Slate Style," which is to take a widely accepted belief (e.g., "Dogs make good pets") and write a cool 600 words arguing why its opposite is SECRETLY truer ("Why all dogs should die"). In this column he tackles Obama's big infrastructure plan, saying that instead of funding immediate road repairs and stuff for short-term stimulus' sake, we should invest in transforming the foundation of America's infrastructure. It is a stupid article because, um, Obama's plans do include all of that, which is kind of the point. This leads us to Spitzer's ace-in-the-hole, which is of course the massive federal funding of Robot Construction.

Has he never seen a MOVIE, at all? The whole point of robots is to kill humans, idiot!

In education—just as much a part of our infrastructure as bridges and roads—here is a small investment that is one of my favorites: Provide funding for robotics teams at every school. If you ever want to see intellectual competition in the arena that matters today—technological wizardry—visit the robotics competitions that now exist in some schools. Make these competitions as universal as football. Make it cool to design the next cutting-edge video game or iPod.

Yes, the point of this program should be to make new video games and iPods, rather than your lame-o green hydrogen solar trolleys or whatever the fuck boring, job-producing thing that Al Gore is always crying about. It will be a true sign of the transformed, suddenly productive American economy when, in 10 years, we all have new generation consoles and music players on which to exhaust our last lines of credit.

So who wrote this article again, Christopher Hitchens or Jack Shafer or some such? Oh, right, Eliot Spitzer, so we better make a sex joke. Umm, he only wants to have sex with lady robots, har har har, bwah.