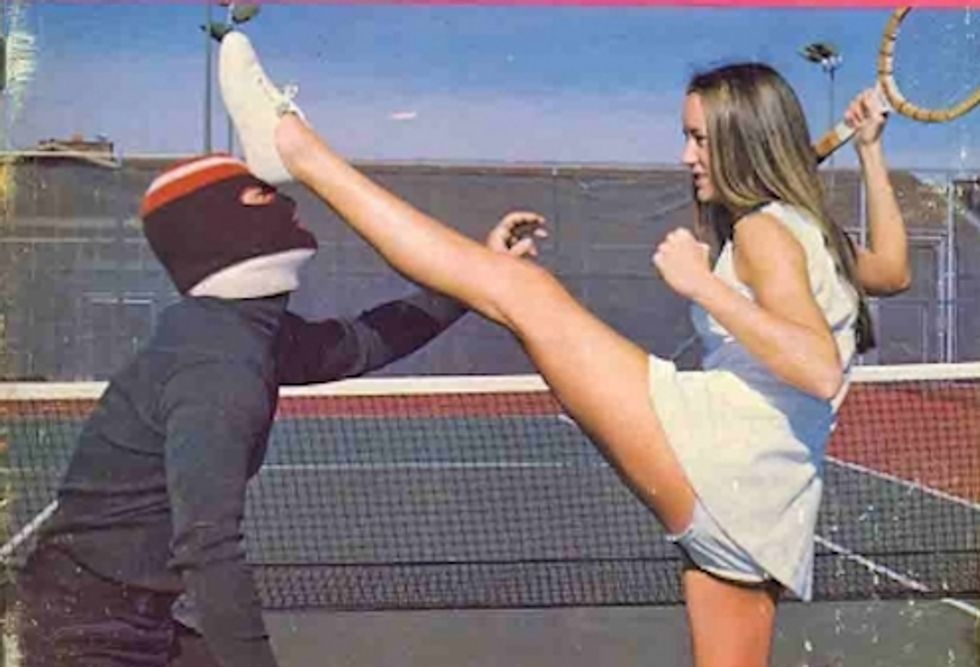 Do you lurrrvvvveeeee Senator Elizabeth Warren, mostly because she looks like the awesome schoolmarm/librarian of your childhood dreams? Of course you do, silly. She's all the smart and fair fiscal and consumer policies you could ever want, rolled into a very nice lady who has balls of steel. Today, Warren brought the hammer the fuck DOWN on payday lenders, suggesting that we could just toss those scummy companies right out the door and let the US Postal Service partner with banks to handle banking services for low-income/low bank access people.

First, a word on just how scummy those payday lenders are. Have you ever used one? Do you live somewhere where there are basically no banks and you have to go to a payday lender instead? You get the privilege of going somewhere that manages to find a way to skirt most state-level financial regulations and charge you whatever the hell they want to access your money or borrow money. But if you ban these check cashing/payday lending horrorshows, you literally leave the poors with no way to access their money, since jerbs insist on paying you with checks. But, if we kick it USPS stylee like Warren suggests, we can provide banking services to the poors and not screw them over at every turn. Yay!

If the Postal Service offered basic banking services -- nothing fancy, just basic bill paying, check cashing and small dollar loans -- then it could provide affordable financial services for underserved families, and, at the same time, shore up its own financial footing. (The postal services in many other countries, it turns out, have taken steps in this direction and seen their earnings increase dramatically.)

OK, sure, bleeding heart liberal library-looking lady, sounds nice, but how much does it really cost the poors just to go to one of those sad check-cashing places in the mall? Probably next to nothing, right?

[A]bout 68 million Americans -- more than a quarter of all households -- have no checking or savings account and are underserved by the banking system. Collectively, these households spent about $89 billion in 2012 on interest and fees for non-bank financial services like payday loans and check cashing, which works out to an average of $2,412 per household. That means the average underserved household spends roughly 10 percent of its annual income on interest and fees -- about the same amount they spend on food.

Hrm. That is indeed a considerable sum, and the poors probably already do not have $2400 laying around because of how they are poor. Unfortunately, the poor also lack fat stacks of cash to throw at Congresscritters, which is something that predatory payday lenders do not lack even one bit. So, expect any USPS-bank coalition to hit a brick wall made entirely of lobbying cash, but we wouldn't count Elizabeth Warren out, because she kind of terrifies us with her sweet almost-grandma looks that masks a kind of flinty unyielding Carrie Nation soul. Team Warren 4Lyfe.