Email From Your Crazy Uncle: John Kerry Didn't Wreck His Bike, ISIS Tried To Kill Him 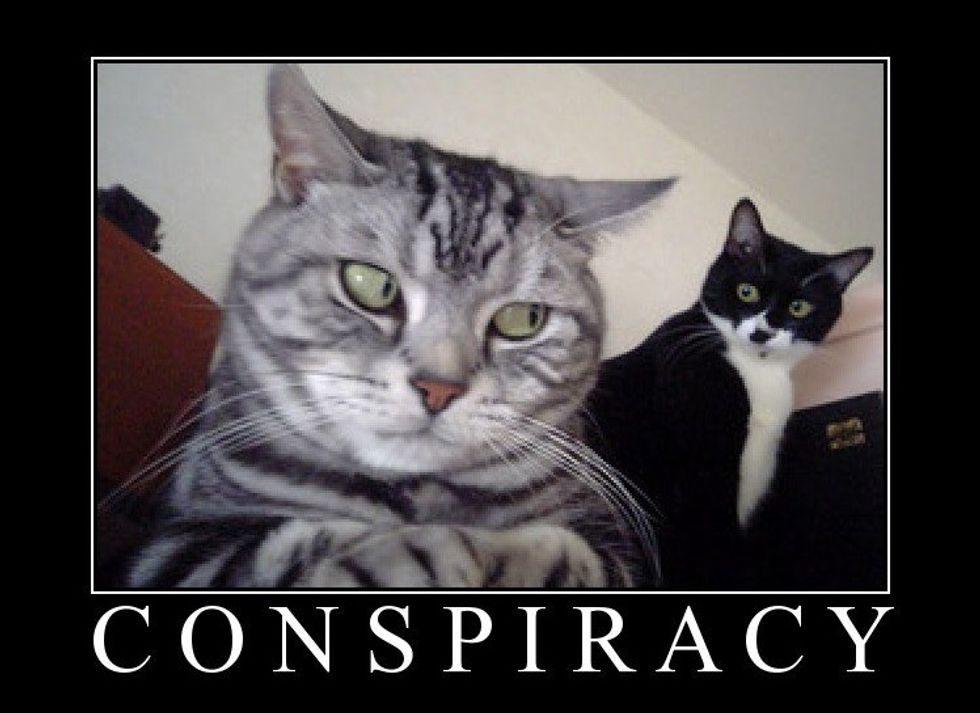 Monday, we received an item in our email that was so mind-blowingly important that our minds were literally blown. It is rather messy in the office now. You may have thought that John Kerry was some kind of elitist sissy bicyclist who broke his effete right femur while cycling in the French Alps, but that just means that you're another dupe of the lamestream media. Now the real story can be told, according to tipster "danielking4" at redacted dot redacted, in a message addressed to Wonkette and at least 30 other news organizations.

Has anyone of you Obamanistas wondered that if John Kerry simply had a broken leg, why is there no bedside interviews ???

Because if intelligence from Russia's SVR, Drudge & Mike Petit is true, #ISIS attempted to assassinate John Kerry in France & while Kerry was flown back to Boston, it wasn't for a simple broken leg !!!

And of course from the Regime that tells you #Bergdahl served with 'distinction', you can keep your same healthcare plan, #Benghazi was only because of a video & there isn't a #Smidgen of Corruption at the #IRS, certainly you can accept their John Kerry broken leg story, right ???

Picture our worldview as it shattered. Suddenly, it was all clear: Politico's snotty attempt to paint Kerry as an out-of-touch elitist because he rode a bicycle in France -- it was all part of the ruse! Oh, sure, make the Wonkets laugh at our ridiculous story, and they won't dig for the truth, no they won't. So we fired up the Google machine, put the copper strainer on our head (tinfoil is for amateurs), powered up the white noise generator so the CIA couldn't hear our keystrokes, and checked it out: It's all true!

According to very serious website "WhatDoesItMean.com," Kerry was attacked while meeting with ISIS leaders in France (because the CIA secretly runs ISIS) and flown back to the USA barely alive. He was greeted at Boston's Logan Airport by Barack Obama, who secretly flew there after the May 31 attack to meet Kerry as he desperately clung to life. Here's how clever the coverup has been: The Russian intelligence source for the Real Truth claims that Americans have been duped by a completely different cover story than the story about Kerry meeting a danger in the Alps:

To the American propaganda media continuing the “cover story” that Secretary Kerry broke his leg while falling off of a stationary bicycle in France when he was supposed to be in Switzerland, needed an immediate evacuation back to the US aboard the American military’s largest and most advanced airborne medical hospital, and then stayed awake for 4 hours of grueling surgery, this report concludes, is a falsehood so blatant only the most unsophisticated of persons could ever find it plausible.

Color us gobsmacked. Everything we thought we knew is wrong, and now we don't quite know what to do. Especially when Richard Dreyfuss showed up, measured the bite radius, and proclaimed, "This was no boating accident!"

A little more googling brought us to the most incredible cover story of all: A Jerusalem Post article that attributed the whole "Kerry survived an assassination attempt" conspiracy theory to Iranian media, which have a history of fanciful reporting, like claiming that Israel was building settlements in Iraq and that the Israeli government was spreading the Krav Maga martial art to secretly promote Zionism, especially among Hollywood celebrities.

We look forward to Alex Jones fans Demanding! Answers! Now! all over our interwebs. Obviously, this is just one more attempt to distract us from Benghazi.