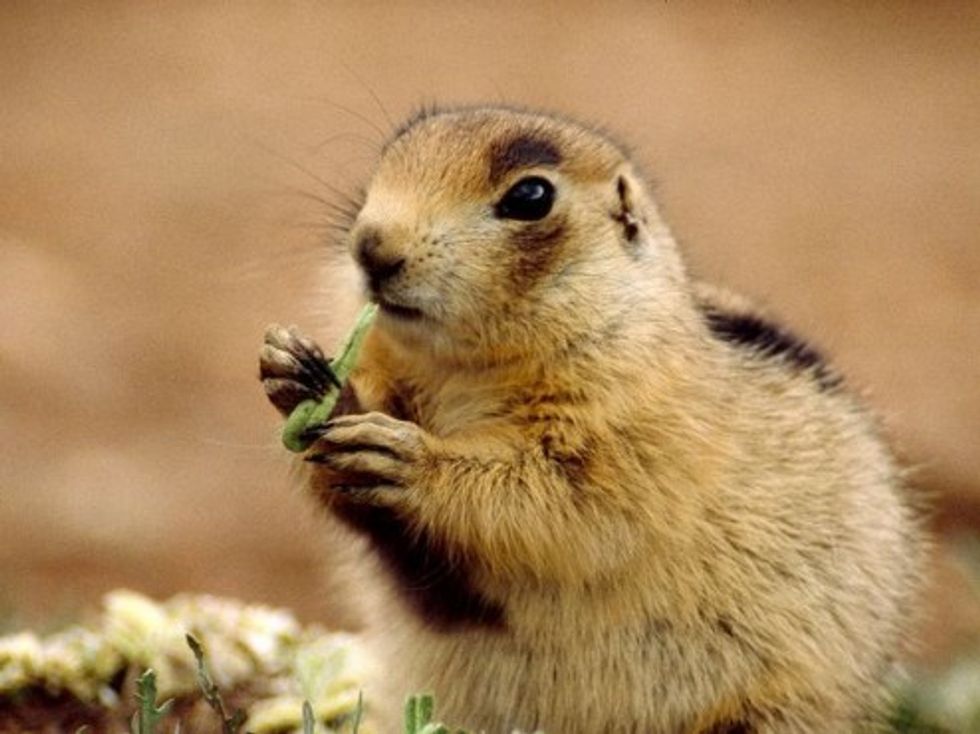 Wouldn't it be nice if creepy endtimes dominionist thinking, combined with crackpot climate science denying, was just limited to weird guys haranguing you on street corners? You can usually avoid those guys by keeping your head down, walking fast, or flinging bodily fluids at them. But, because you live in the greatest country in the world, motherfuckers, you get to havethat guy running a congressional subcommittee on climate change instead.

As the new chairman of a key House subcommittee on the environment, Rep. Chris Stewart (R-Utah) will be one of the GOP's leading actors when it comes to the Environmental Protection Agency and the growing threats from climate change...

He elaborated on those views in an interview with the Salt Lake Tribune: "I'm not as convinced as a lot of people are that man-made climate change is the threat they think it is."

But if Stewart isn't sure how he feels about climate change, he's dead-set in his view of the EPA: He wants the agency dissolved. In August, following a campaign event in the southwest corner of the state, Stewart told the St. George News that the Environmental Protection Agency should be eliminated because, as he put it, "The EPA thwarts energy development."

Sooooo...climate change not a threat. EPA a threat. THE EPA ARE THE REAL RACISTS HERE. The EPA is going around stopping people from just stone cold wiping out prairie dogs in Utah, and that gives the bidnessmen that put this goober in the House a sad, so he's going to mouth platitudes like "The goal of protecting species from extinction is certainly noble, but efforts to protect species currently harm people" forfuckingever while organizing prairie dog helicopter hunts or something.

Representative Chris Stewart isn't just an incorrigible idiot when it comes to science and the environment, though! That's just sort of the baseline for your modern GOP, we think. Stewart steps up his game, yo, by being a third-rate raptureporn writer:

Before entering Congress, Stewart, who eased past his Democratic opponent in November, was best known as an author. His six-volume Great and Terrible series, in which an agent of Satan sets off electromagnetic pulse that throws Earth into chaos, was endorsed by no less an authority than Glenn Beck, who compared the books to the Rapture epic Left Behind.

We were going to go learn more about these books and then we remembered that we don't hate ourselves that much. Perhaps you're filled with enough self-loathing to go check them out? Reports in the comments, please!