End Times Fetishists: Blowing Syria Off The Map Is Cool Because Israel Has To Fight Russia Sometime 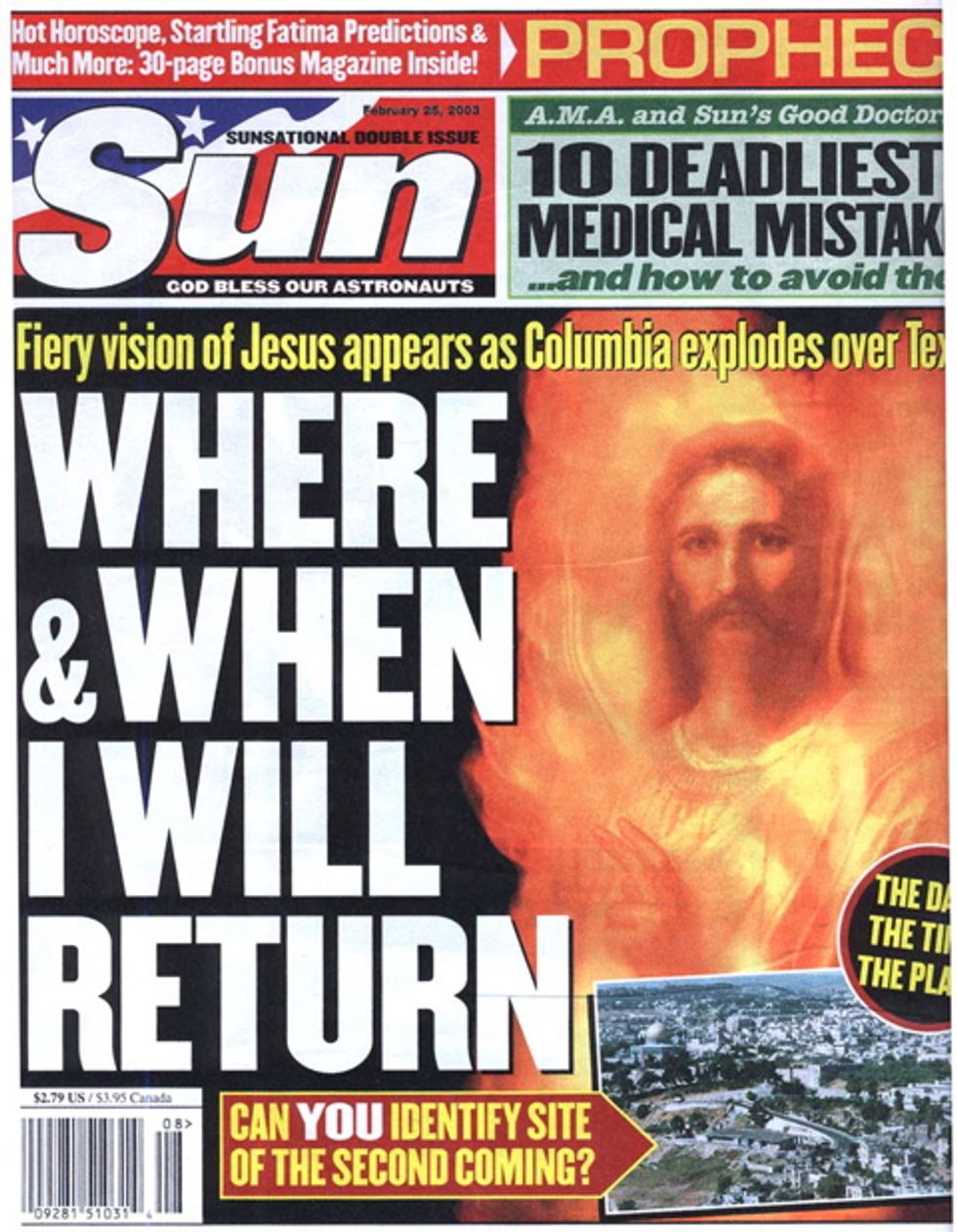 Have you been following our super-incisive Syria coverage, including yr official Wonkette policy on Syria, which is ???????. Of course you have, because where else are you going to get this sort of hard-hitting news coverage? Up until now, though, we've been missing a critical bit of reportage on Syria, which is that ooga-booga End Times a-comin':

But in [novelist Joel] Rosenberg's Twelfth Imam series, he postulates that the emergence of the Mahdi, the Muslim messiah, leads to the rise of a new Islamic caliphate in the Middle East that prepares to decapitate Israel by launching nuclear warheads from Damascus. As the top-rated Amazon review for the final book in the series, Damascus Countdown puts it, "This is a great read for anyone interested not only in the prophetical future of Israel but for Iran and Syria as well…[It] makes one want to keep his or her eyes wide open on current day Middle East events, and see if they line up to eschatological Old Testament passages."

Dammit! We have forgotten to keep a watch out for how this genuinely terrible human tragedy lines up with a skygod book! What does the Bible tell us about what we should do with Syria? Oh good Christ we cannot figure it out. Maybe it is good because destroying Damascus leads us one step closer to the big Israel-Russia matchup we've all been waiting for?

As [Hal] Lindsey explained, the prophesied ruination of Damascus did not mean the end for everyone else -- it would just bring the world one step closer to the final confrontation. "[A]ccording to Bible prophecy, Iran survives the Israeli strike and plays a major role in the coming Russian-led Gog-Magog Alliance foretold by the Prophet Ezekiel," he wrote. "Israel also survives, since the Gog-Magog Alliance eventually marches against it."

Ummm, yay? We're having trouble tracking all this...Damascus has to get blowed up and then Iran advances in the bracket to fight Israel but they both win because Iran joins the improbably named Gog-Magog and they fight Israel again? This is the worst fantasy football matchup ever. Someone really fucked up our draft this year.

You know what? We've changed our minds. We now believe the end times are coming, but we're pretty certain it happens because America gets buried under a mountain of stupid from which we cannot emerge. The world ends not with a bang, but with a whimper as the avalanche of dumb kills us all.