EPA Drones Terrorizing Ranchers Because the EPA Hates the Heartland 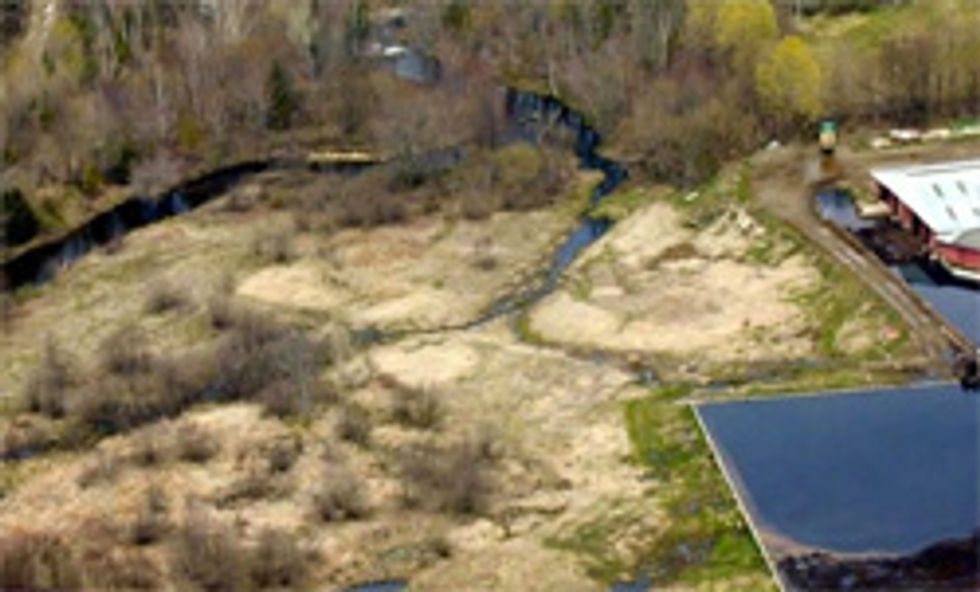 Some folks out in Real America who probably have no problem with President Obama's unchecked expansion of the drone war to kill children in 500 countries or its use of drones to survey the Mexican border or its use of domestic drones everywhere else becausethis is something we've allowed to happen have finally come up with a tangentially related complaint line that fits their fancy: Obama's liberal EPA is using drones to spy on hard-workin' ranchers, in Nebraska. "A Nebraska cattlemen’s group is pushing the Environmental Protection Agency to stop pollution-control flights over ranches, claiming it amounts to spying on citizens," MSNBC reports. "EPA, meanwhile, says the flights are an effective way to quickly spot -- and stop -- pollution from manure lagoons and other waste at large livestock operations." Wow, it almost seems like this Nebraska cattlemen's group is cynically using contentious "privacy" grounds to stop the EPA from monitoring all of their violations of the Clean Water Act, doesn't it? But let's just say that liberals hate the Heartland instead.

Nebraskan lawmakers are determined not to let the liberal environmentalists in the government spy on ranchers while they're in the dump closet:

EPA has been operating these flights across the country for nearly 10 years.

"These operations are in many cases near homes, and landowners deserve legitimate justification given the sensitivity of the information gathered by the flyovers," Rep. Adrian Smith, R-Neb., said in a statement. "Nebraskans are rightfully skeptical of an agency which continues to unilaterally insert itself into the affairs of Rural America."

The issue was brought to the lawmakers' attention by Nebraska Cattlemen, which represents the state's beef producers.

Ooh here's a solution: eliminate the EPA? See, we can work for the Nebraska cow people.