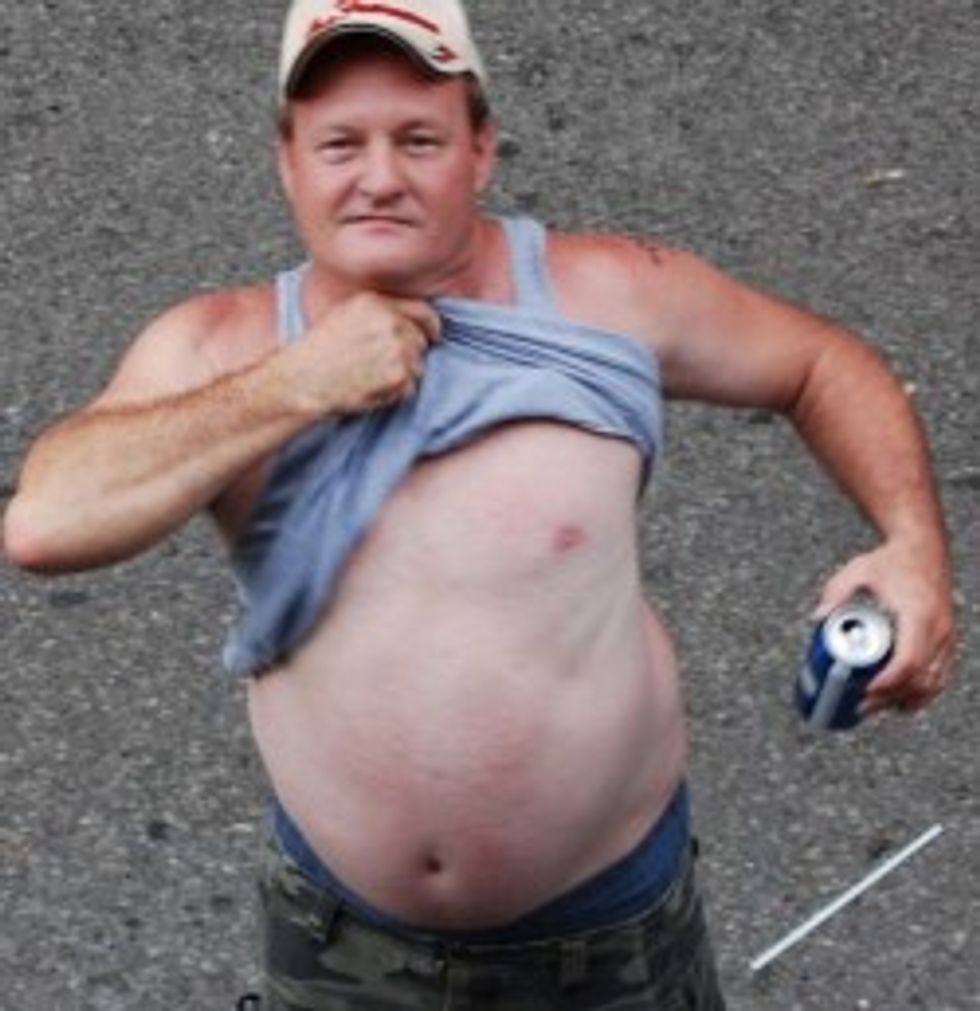 America has called, and Eric Cantor has answered. He and his compatriots in the GOP Cavalry will block the reauthorization of the Violence Against Women Act(stilllllll) until one little bit of total nonsense, which nobody would miss, is removed. So which of the LIEBERALS' poison pills is holding up VAWA? Is it the stuff about making it easier for immigrants to testify against abusive citizen-husbands? Is it the part where lesbians are treated as if they are human beings, in human relationships? You would think so, but it is not! Nope, it's just a small piece of legislative terror whereby Native Americans would be able to prosecute white men (WHITE MEN!!!) for domestic abuse on tribal lands. FUCK THAT NOISE!

We imagine this is sort of akin to the rabid howls emanating forth from renowned Constitutional scholars when America tries to sign treaties that would bring the rest of the world in line with already-enacted American law. Howl howl AROOOOO SOVEREIGNTY blurble flurble hack phlegm spit.

Your Editrix once spent a day driving around Citizen Potawatomi Nation lands with their president, Rocky Barrett, while she was researching her master's thesis on economic development. (YOU HEARD ME.) Barrett's a hell of an old guy, charming and hilarious, and he's also leading a tribe that Harvard and the UN have studied as textbook cases of how to do economic development right, with forethought and stability and investing for a common future instead of sending everybody $200 to go drop at Wal-mart. (We did it as a radio piece, but it would have made a wonderful longread. Unfortunately, neither of Mother Jones's editors ever saw fit to return our emails, so in conclusion fuck you.)

Right. Domestic violence. So as we were driving around in Barrett's giant American pickup truck, he pointed out the newly built shelter. He got quiet. He said, softly, that Indian women are more likely than any other group to be killed by their husbands or boyfriends. He said that he and the tribe had only just gotten the legal authority to arrest white men in domestic violence cases against Citizen Potawatomi women.

"This is rescue housing right here. They’re full. All eight units are full all the time. Indian women are the most likely in the nation to be abused, raped, killed, more than any other."

"White men beating Indian women! They’re the only white people we have jurisdiction over. We didn’t have that till three years ago. On other reservations, it’s Indian men. But here, it’s not!"

Maybe you had to be there, but we believed him. Because he's RAD. (Also, Amnesty International says 86 percent of domestic violence cases involving Indian women are beatings at the hands of white men, so it's possible the Citizen Potawatomi aren't any more virtuous in that regard than their also-virtuous neighboring tribes.)

At any rate, it's no mystery why the GOP would be trying to get this provision stricken from VAWA. White men in places like Oklahoma really, really hate Indians. Straight up, cheerfully, ask em if they're racist they'll say hell yes, nope, no mystery at all.