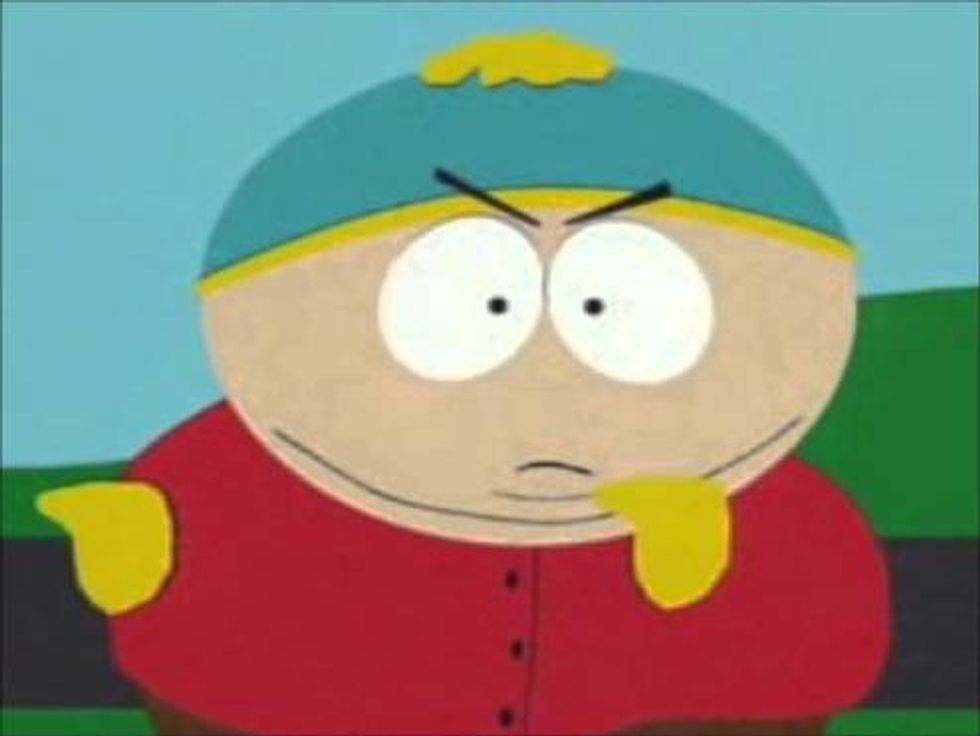 Yesterday was a big day for the GOP, what with the completely refusing to do anything at all about the immigrant children at the border that they pretend to be very very concerned about. They probably couldn't quite get around to it, being busy high-fiving themselves over how they're gonna sue Bamz so good and also too taking a whopping ten minutes out of their day to listen to Eric Cantor say his sad panda goodbyes as House Majority Leader because he lost to that Tea Party dude and does not get to Majority Lead any longer. And then everybody went away for their August break, secure in the knowledge that they had accomplished exactly zero things and were the very definition of sound and fury signifying nothing. Oh, and then Eric Cantor went home and talked to the Richmond Times Dispatch and said "oh hey, btw, I'm not coming back at all. Forgot to mention that earlier."

Rep. Eric Cantor said Thursday that he will resign his seat in the House of Representatives effective Aug. 18. [...]

“That way he will also have seniority, and that will help the interests of my constituents (because) he can be there in that consequential lame-duck session,” Cantor said.

Haha Eric Cantor your constituents do not deserve to have any interests represented, because they chose that guy that Ann Coulter and Laura Ingraham like, so your constituents should basically be left on a libertarian island paradise to fend for themselves. And Eric Cantor can walk off into the sunset to whatever sweet-ass K Street gig he has lined up already, because you know that is already in place for at least seven figures. Eric Cantor will not starve, people. His former constituents might though.

Pro-tip to the Times-Dispatch: if you've got a big sexxxclusive interview about Cantor stepping down, midnight is probably not the ideal time to drop that scoop. Had we not been procrastinating, we would not have known of Mr. Cantor's departure until the morn.

Farewell, Eric Cantor. We unfortunately knew you all too well, and we'll probably miss you because that other guy is going to be AWFUL.