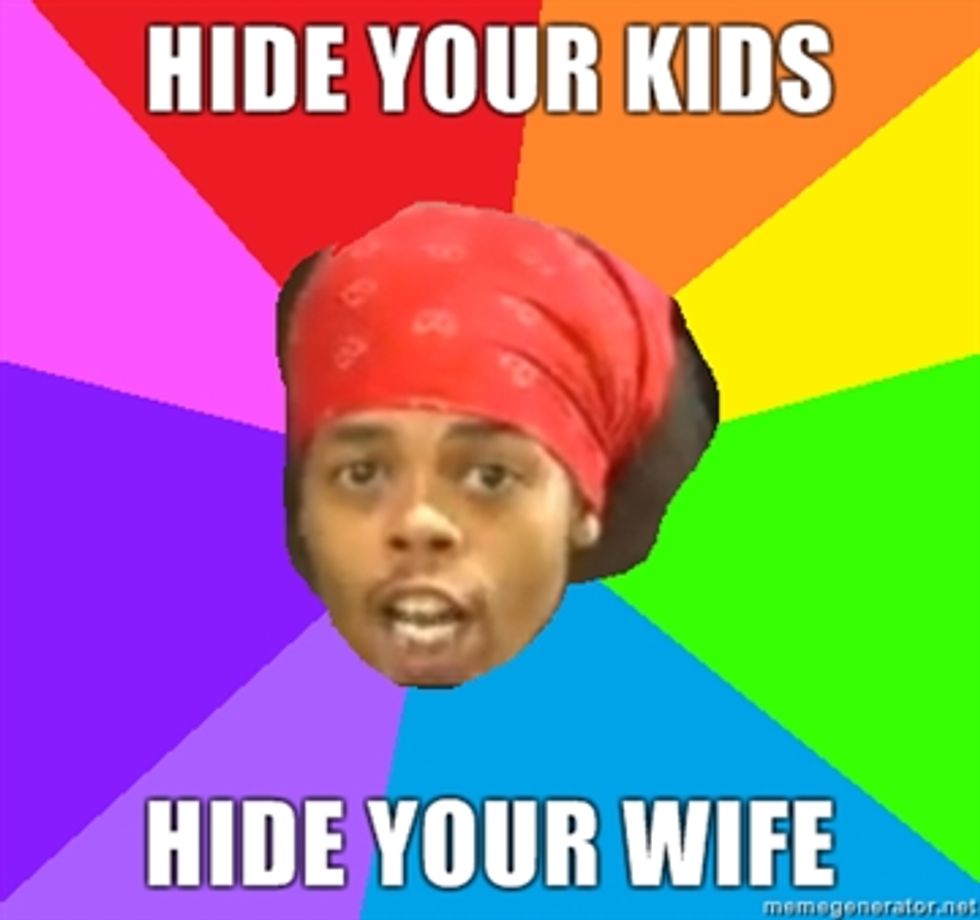 Tough On Crime has been a perennial favorite tagline for conservative politicians since Nixon, and 50 years of that shit has resulted in the US having the highest incarceration rate in the developed world. But now, in a tiny drop of sanity and rationality which is certain to bring out panicky screeching calls for his head, Eric Holder is actually going to make a speech suggesting we can roll back some of the worst of the stupid sentencing laws:

Attorney General Eric H. Holder Jr. is set to announce Monday that low-level, nonviolent drug offenders with no ties to gangs or large-scale drug organizations will no longer be charged with offenses that impose severe mandatory sentences.

Score one for the peace-loving, home grown pot smoker! Between Eric Holder, the Fair Sentencing Act and Sanjay Gupta, we may be on to something, people. Pot smokers, unite. You can do that AND stare at your hand at the same time, we are sure. And how come we are so good at putting drug offenders in jail but none of the really good investment bankers?

“A vicious cycle of poverty, criminality and incarceration traps too many Americans and weakens too many communities,” Holder plans to say Monday, ­according to excerpts of his ­remarks that were provided to The Washington Post. “However, many aspects of our criminal justice system may actually exacerbate this problem rather than alleviate it.”

Oh right, it's the poverty, ya stupid stoners.

And may? Putting people in overcrowded prisons for non-violent weed offenses may be part of the problem with keeping poor people from doing any better? We're gonna need a bigger Tommy Chong bong to figure this dope-ass logic out. Or is he still in the pokey?

And where the hell is Joe Biden? We need some straight Old Handsome Joe talk to actually to move this big fucking deal along. And hows about quitting with the raids on medical marijuana dispensaries, Mr. Holder? That shit hits kinda close to home for yr Wonket.

The AG does have some strong points to make about the need to "save our country billions of dollars" and how "the U.S. population has increased by about a third since 1980, the federal prison population has grown by about 800 percent" and "federal prisons are operating at nearly 40 percent over capacity."

Statistical evidence gives us the munchies. Who's got our Doritos and them cakes we like?

Score a million for the success of the private prison industrial complex! The old three hots and a cot thing does not seem to be a viable solution for our poors in the felonious stage of development anymore. And maybe letting some of these folks out of jail doesn't have to mean that Zombie Willie Horton will be furloughed from the grave. Thanks a lot Fast and Furious guy. Let's hope Congress just keeps working on repealing Obamacare while we toke it out peacefully and not in a gang, shall we?