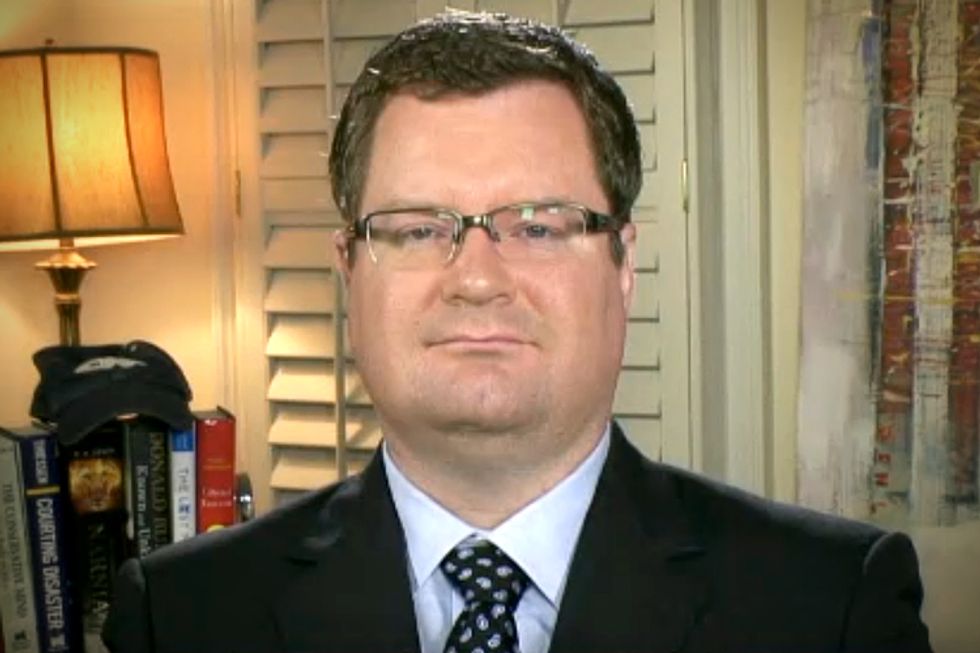 Instead of dividing the country into "gay people and their friends who don't want to kill them," and "people who are not gay, not friends to gay people, and either want to kill them or just want them to pee in the bushes," Erickson writes, why can't we recognize that this was an attack not on 100 gay people, but on America?

In case you think I am being an asshole to Erick Erickson (which could often be true!), here is his thinking on the matter:

The usual suspects were already out turning terror to politics. The President demands gun control. Gay rights activists demand universal access to bathrooms and failure to give them that means the terrorists won. But there are some actual questions the rhetorical lines are avoiding.

Here is his first "actual question."

How is it that a man on the terror watch list was able to make it through a background check to buy a gun? Did the FBI miss anything along the way? The terrorist had been looked at in 2013 and 2014.

OH OH PICK ME PICK ME! The answer to your "actual question" can best be summed up "GOP Blocks Bill to Stop Terrorists From Buying Guns." That was a mainstream media headline, not one crafted by your Wonkette, whose headline was Guns Don’t Kill People, People Shooting Guns Kill People: Your Week In Hilarious Gun Death News.

Or at least that was Wonkette's headline the first time the GOP blocked an amendment to ban gun sales to people on the terror watch list. Because they did it in 2013, and then again after the massacre in San Bernardino. Carly Fiorina got the Wonkette business for that one, as she explained that it was really unfair to paint all 2000 people who'd bought guns in a four-year period while on the terror watch list as people who might, for instance, shoot 100 people in a gay nightclub.

So there you go, professional opinion haver Erick Erickson. Stupid question asked and answered. Now why don't you go blame Obama for "politics" again, and then you can take a moment to fuck yourself and your goat.