Erin Burnett Thinks You Are A Loser, Lies About It 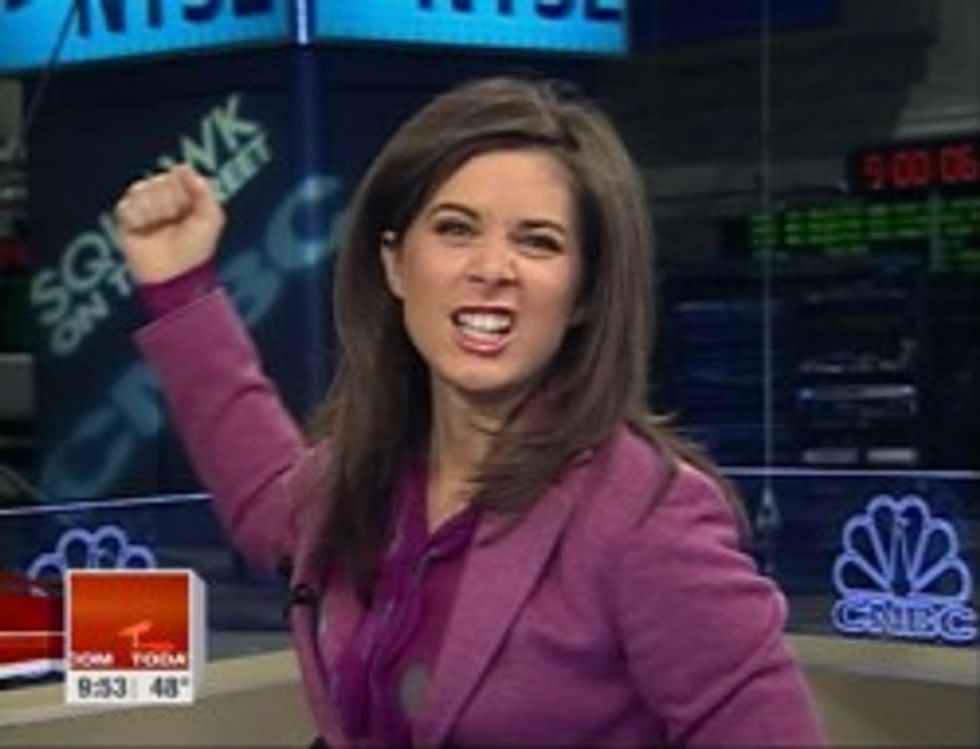 OMG you guys, what was it like to wake up on Thursday and have less liberty? Did you know right away, or were you in so much shock that it took awhile to hit you? Because these are the kinds of questions your grandkids will ask about the Day That Justice Roberts Took Freedom Away, or alternatively, as CNN’s Erin Burnett put it, We All Became Losers. Well, au contraire mon soeur, SOME of us were ALREADY losers, ha. Also, Erin Burnett is making things up as she goes along, which is only surprising because her lies and obfuscations are usually in service togargantuan financial institutions, not Mitt Romney. So this is something new and different!

In her segment on the Affordable Care Act, Burnett helpfully explains that that "there is a tiger in America’s bathroom," but in all seriousness you guys, she continues, "we’re all losers." LOSERS! Then she actually (accidentally perhaps?) makes a good point, which is that the Affordable Care Act doesn’t deal with surging health care costs, but backs it up through cherry picking numbers from 2010 even though these numbers are not at all indicative of overall trends.

The rate of growth for medical costs in 2010, she says, was low; the fact that they will be higher in 2014, when the Affordable Care Act takes effect, is proof that the AFA is COSTING US MONEY. But As Media Matters points out:

Health care costs in 2010 grew at historically low rates as the country emerged from a deep recession, making it an inappropriate point of comparison.

In conclusion, says the former financial analyst married to a rich Citigroup executive millionaire who will never have to worry about affording treatment in the event that her pre-existing conditions aren’t covered, the Affordable Care Act was a “massive fail.”