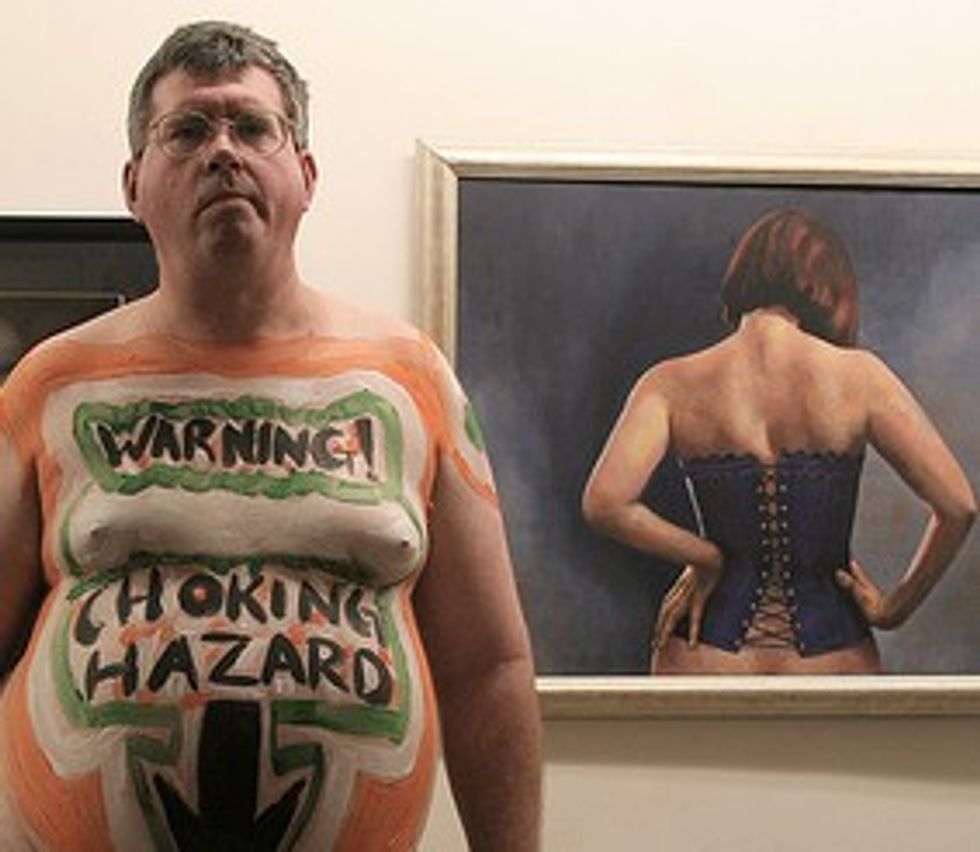 MOCA DC, a small nonprofit gallery near the canal in Georgetown, prides itself on showing under-represented artwork. But its Erotica exhibit opening tonight is probably not the kind of material lacking for a market. It kicks off with a live photoshoot of a Playboy model, and marches on bravely from there.

As lovely as all this sounds, it's possible there's a few of you rather skeezed out by the whole thing. Though Wonkette's party crash pictures have disappeared into the Gawker server from whence they came, ArtDC has a review of the 2008 show. You can check there for proof that it's an actual gallery with regular-looking non-panting patrons. And don't forget the free wine bar!