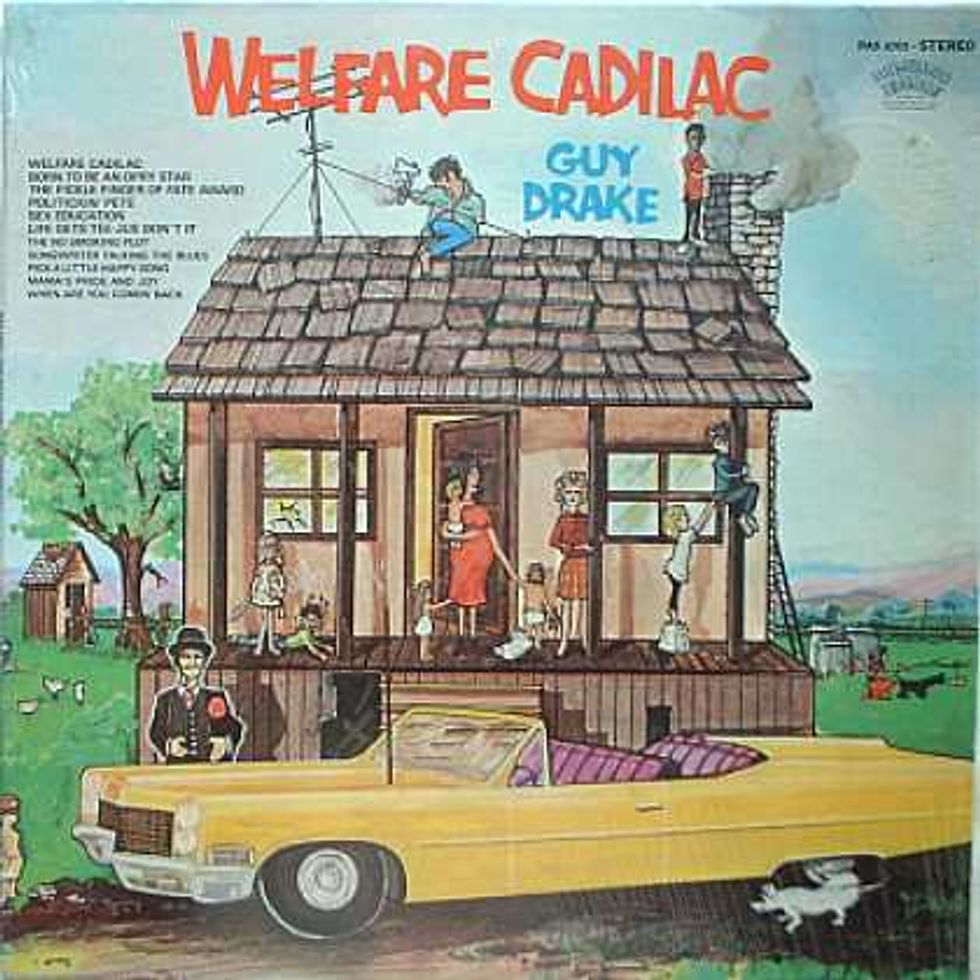 Drop by and ask to inspect the fridge for crab legs

You can't say that Maine Gov. Paul LePage isn't inspiring to his fellow Republicans, at least for certain values of "inspiring." The governor's Fuck The Poor policies have rubbed off on Robert Macdonald, who's running for a third term as mayor of Lewiston, Maine, and he's got himself one nifty idea to discourage poor people from stealing from the state's decent hardworking taxpayers: publish names and addresses of all welfare recipients on a webpage, just like sex offenders. But Macdonald isn't cruel; he's not going to require assistance recipients to go door to door and identify their status to their neighbors. He has to save something for his next re-election campaign, obviously.

In a column for the local paper, Macdonald lays out his logic, such as it is. Since the state already publishes pension information for public employees (a relic of the days when "good government" freaks insisted on "transparency"), it only makes sense to name and shame welfare recipients. You have to admire the clarity of his writing here:

Yet other recipients of state revenues are shielded. Yes, I am referring to those known as welfare recipients. Why are they treated differently than pensioners? (A rhetorical question).

It's awfully thoughtful (sarcasm) of Macdonald to explain the figures of speech in his own writing. As we all know, a rhetorical question is one that is designed to make a point, rather than to elicit an answer (pedantry). Strange, then, that Macdonald goes on to answer his own question (smartassery):

The answer: our liberal, progressive legislators and their social-service allies have made them a victimized, protected class. It’s none of your business how much of your money they get and spend. Who are you to question it? Just shut up and pay!

Well, the days of being quiet are gone. We will be submitting a bill to the next legislative session asking that a website be created containing the names, addresses, length of time on assistance and the benefits being collected by every individual on the dole. After all, the public has a right to know how its money is being spent.

And also a right to drive slowly by those addresses, glaring at the people who live there. And maybe to stop in to check to see if they have any luxury items like a color TV or refrigerator or some illicit prepared food. In addition to the website, Macdonald also proposed a cutoff in additional benefits to any family on welfare that has another child, because we all know those poor people just pop out babies to get all the extra cash.

Macdonald told the Bangor Daily News that his proposal is "basically to stop these people from coming here. We’re just getting overwhelmed here" -- by some imaginary horde of poor people descending on Maine to whoop it up on the state's increasingly scarce assistance. To prove that he does have a heart, Macdonald added, "I'm not talking about refugees," just all those lazy people that everyone knows are merely out "to play the system." He did not offer any suggestions as to whether the proposed website would distinguish between the deserving poor who need a little help and the unworthy moochers who should be shamed, although given time and an expensive sorting system, perhaps they could be identified by emojis. He also downplayed the notion that the proposal was intended to shame the poor, since people on welfare for generations already "flaunt it in public," presumably with their Cadillacs, purchases of crab legs and steak, and their children with funny names, if you know what he means.

Sure, Democrats point out one or two small problems with Macdonald's plan, like the fact that, according to state Rep. Drew Gattine, it would violate both state and federal laws that prohibit the disclosure of such information. And even if the legislature swept aside the state restrictions, Macdonald's pet website would still be illegal under federal law. Gattine added that only 6000 families in the state receive cash assistance from Temporary Assistance to Needy Families, but that the small number of recipients was unlikely to matter to Republicans, since "people go cross-eyed when you start countering them with facts.” Yr Wonkette officially likes Maine state rep Drew Gattine one hell of a lot.

Despite an enthusiastic endorsement of the idea on Fox News, Macdonald's proposal appears to be dead in the water. As of last Friday, the deadline for introducing new legislation for the current session, Macdonald hadn't actually found anyone in the Maine legislature willing to sponsor his bill. For that matter, Macdonald's proposal couldn't even win the support of Gov. LePage, according to the Bangor paper; a spokesman for the governor said that LePage had no plans to introduce the bill either. Macdonald may have to come up with something more creative, like requiring all applicants for benefits to run the gauntlet where they would be subjected to being yelled at by taxpayers. To save money, the screams of "leech!" and "slut!" could be recorded; or maybe people would actually be willing to pay to scream at a food stamps applicant (satirical hyperbole).