Everyone Is Playing With Etch A Sketches, Because of Politics! 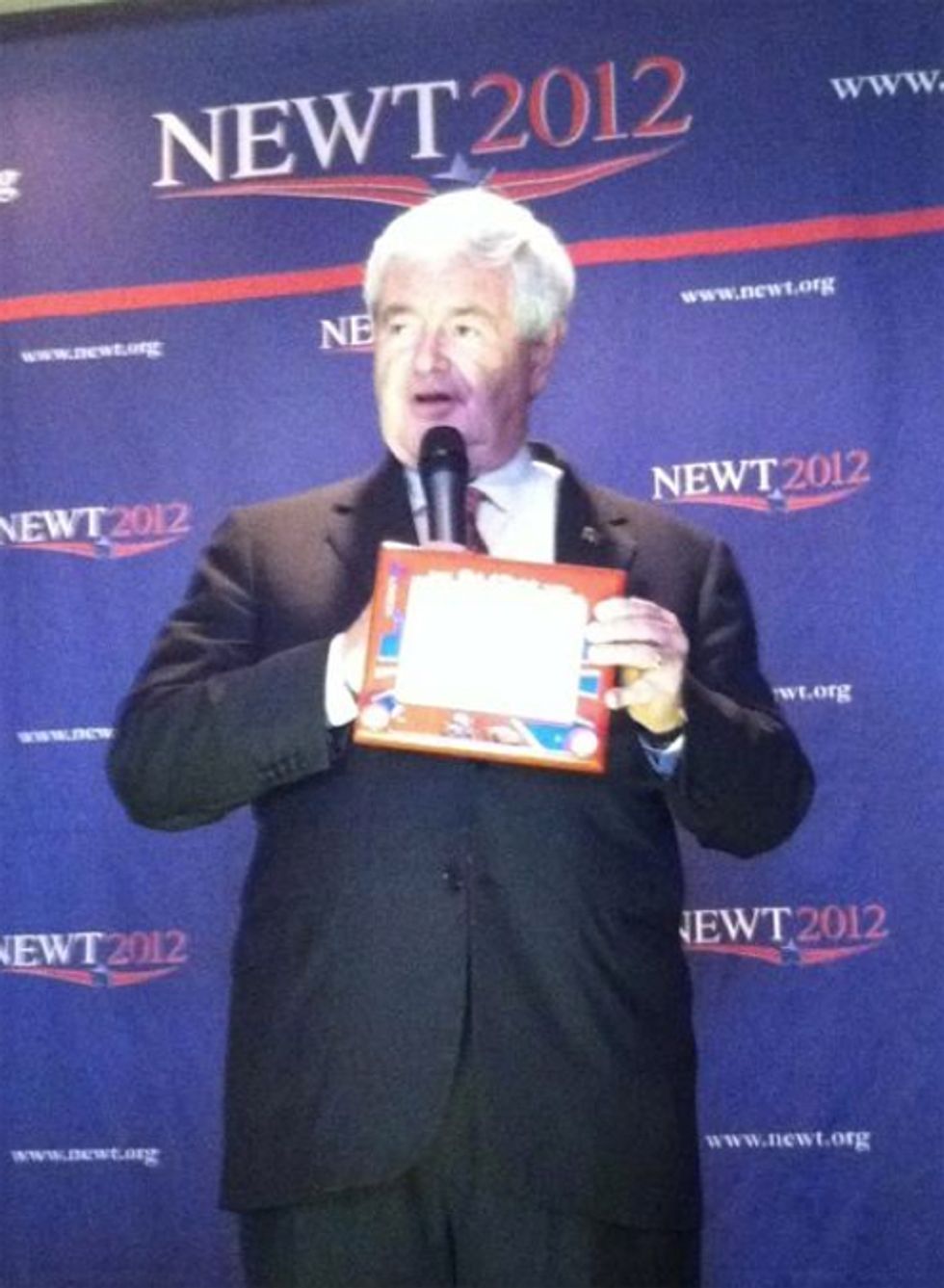 Romney guy Eric Fehrnstrom sure made a funny when he went on television today and said of the general election, "It’s almost like an Etch A Sketch. You can kind of shake it up and restart all of over again." What an IDIOT. Now everyone is making mean jokes about the Etch A Sketch children's toy, on Twitter and TwitPixxx. Look at Rick Santorum in the car there, playing with his Mitt Romney gaffe toy, and not enjoying it at all. Ol' Newt is playing with the drawing machine too! Oh, these wiseacres.

Check out Fathead here, who brings his sticker-clad Etch A Sketch on all campaign trips. How else is one supposed to kill time on the bus after exhausting the entire Internet's worth of pornography?

This election is now Newt Gingrich's to lose, again.